Former Melrose Place actress Amy Locane who has already served a prison sentence for a fatal 2010 drunk driving crash in New Jersey is headed back behind bars after a judge ruled that her initial sentence was too lenient.

Locane, 48, was sentenced for a fourth time Thursday in the crash that killed 60-year-old Helene Seeman and severely injured Seeman’s husband a decade ago in Montgomery Township.

The sentences will be served concurrently. State law requires her to at least six years and 10 months behind bars before she’s eligible for parole. 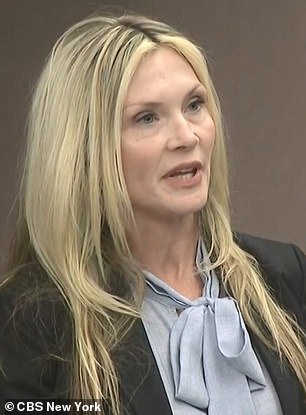 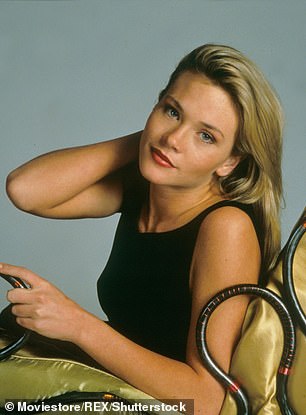 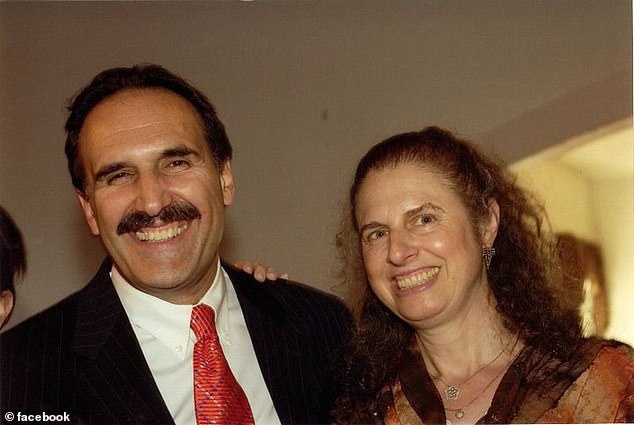 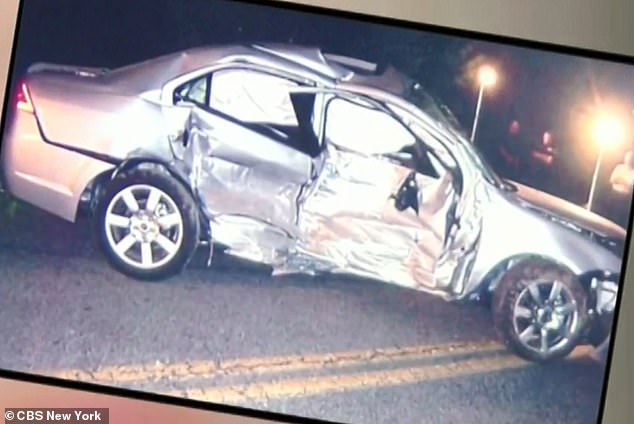 Locane, who was driving around 20 to 30mph over the speed limit, crashed into the passenger side of the Seeman’s car as they were pulling onto their driveway, killing Helene on impact

Locane apologized to the Seeman family in a brief statement. She was placed in handcuffs and taken into custody by court deputies after the proceeding in state court in Somerville.

It was a startling development in a case that has bounced around the New Jersey court system for nearly a decade and has now featured four sentencings in front of three judges, plus numerous appeals.

The fatal crash happened on June 27, 2010, when New York Attorney Fred Seeman was driving home with his wife Helene after a weekend away just after 9pm.

Locane, who was driving around 20 to 30mph over the speed limit, crashed into the passenger side of the Seeman’s car as they were pulling onto their driveway, killing Helene on impact.

According to witnesses, Locane had consumed several drinks before getting behind the wheel that night.

The actress, who was arrested at the scene, later contended a third motorist, whose car Locane had bumped into at a traffic light minutes earlier, distracted her by honking at and chasing her.

Locane wasn’t indicted for drunken driving, but a state expert testified her blood alcohol level was likely about three times the legal limit and that she was driving roughly 53 mph in a 35-mph zone at the time of the crash. 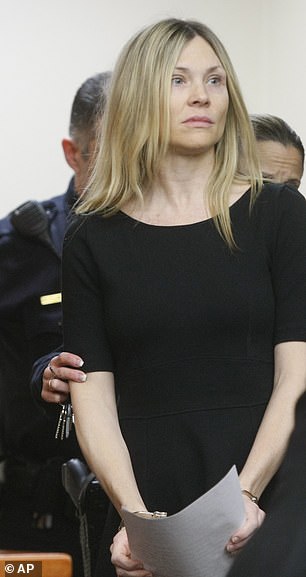 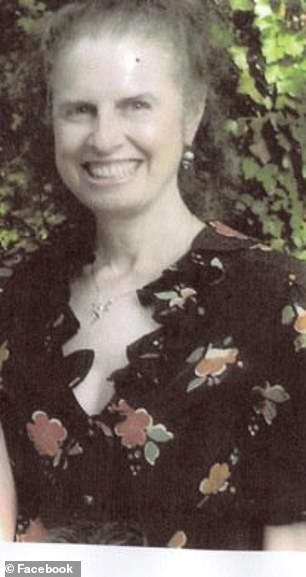 Locane (shown left in 2013) had previously served three years in state prison, and completed three years of parole for the crash. Fred, husband of Helene (right), celebrated the latest sentence

Locane – who acted in 13 episodes of the popular 1990s Fox series Melrose Place – was originally convicted on several counts including vehicular manslaughter, and faced a sentencing range of five to 10 years on the most serious count.

The state initially sought a seven-year sentence, but a trial judge sentenced her to three years in 2013. An appeals court ruled he misapplied the law, but at a resentencing, the same judge declined to give her additional time.

Last year, a different judge sentenced her to five years, but an appeals court ruled he didn’t follow guidelines it had set and ordered yet another sentencing.

Locane’s attorney – and alleged boyfriend – James Wronko, had argued unsuccessfully that sentencing her again would violate double jeopardy protections since she had already completed her initial sentence and parole term.

The appeals court held that Locane waived double jeopardy protections when she voluntarily began serving her initial sentence while the state was still appealing it.

‘When the government timely appeals an initial sentence or a sentence imposed at a re-sentencing, a defendant is put on notice that the sentence may change and he or she cannot acquire a legitimate expectation of finality,’ the judges wrote at the time. 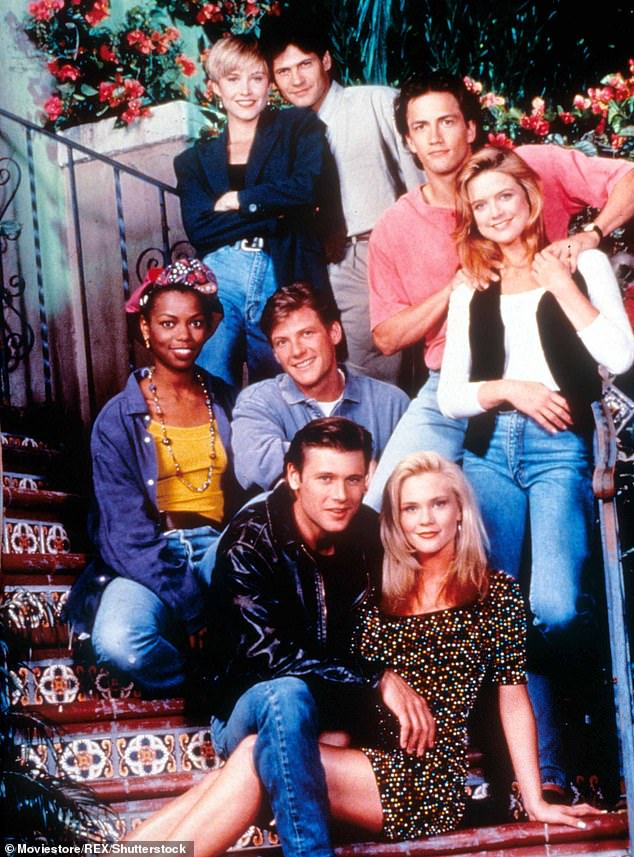 Locane acted in 13 episodes of the popular 1990s Fox series Melrose Place. She also starred in a number of movies, including Cry-Baby alongside Johnny Depp 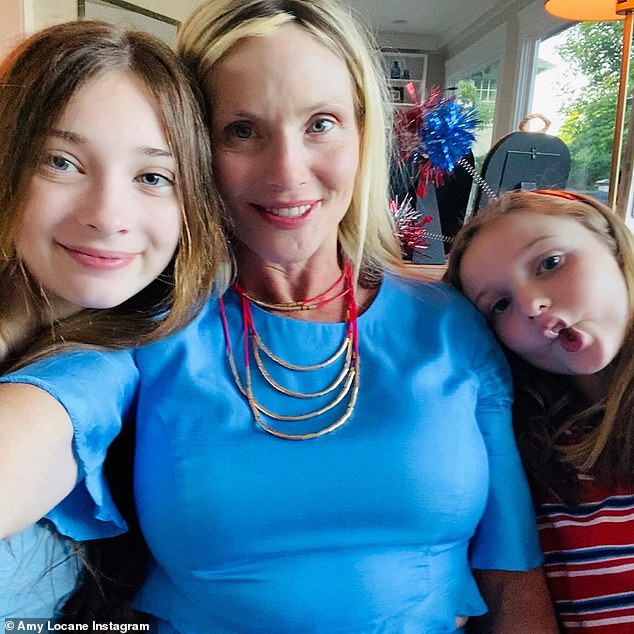 Amy is pictured in an Instagram photo with daughter Avery, 11, and Paige, 13, earlier this year

Fred Seeman, who nearly died from his injuries suffered in the crash, attended Thursday’s proceeding and said Locane’s shifting of blame ‘shows contempt for this court and the jury that rendered the verdict.’

The judge took a similar view, and said Locane’s past alcohol abuse makes her a risk for re-offending.

‘You made a conscious decision to drink that day and continued to drink, recognizing at the onset that you needed a ride but didn´t obtain one,’ Borkowski said. ‘If you hadn’t gotten behind the wheel of your vehicle on this night, the incident never would have happened.’

Wronko called the sentence ‘outrageous. She has always taken full responsibility,’ he continued, before criticizing the judge for not taking into account Locane’s current sobriety and her work counseling others against alcohol abuse.

Locane has 45 days to appeal her sentence. Wronko said he is waiting to see if the state Supreme Court decides to hear his appeal on the double jeopardy question.