It was reminiscent of a Hollywood film, but happened on a suburban Sydney street.

A man wearing a balaclava, bullet-proof vest and wielding an assault rifle jumped out of a silver Volkswagon Golf and held up two armed guards in a cash-in-transport van.

Pointing the gun at their heads he forced them down to the ground and stole bags of cash – more than $100,000 – before fleeing the scene in the getaway vehicle.

When police arrested the alleged getaway driver seven months later, his alleged accomplice could feel the net closing around him.

Daily Mail Australia can reveal that on the same day NSW Police took the first alleged robber into custody, his alleged accomplice called a friend and asked him to get rid of some evidence.

Harry James, 64, agreed to help and took two bags – one containing ammunition and the other with a pair of black face masks and black armoured vests – and left them at his friend’s place.

James has now pleaded guilty to his role in the crime, with the frantic phone calls of one of the alleged robbers on the day police arrested his accomplice now revealed. 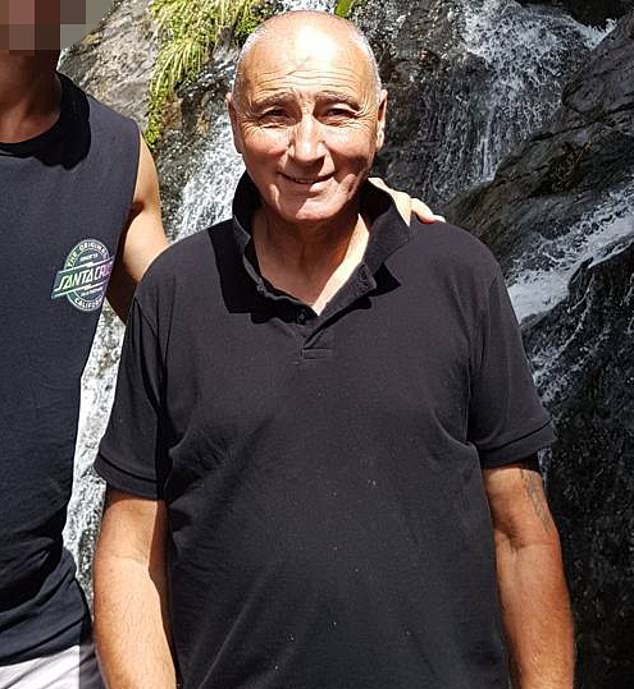 On Wednesday, November 14 2018, a 35-year-old man handed himself into the police station at Coonabarabran, in north western NSW.

That same day, more than 700 kilometres away in Surfer’s Paradise, Queensland, his alleged accomplice heard the news and rushed to a pay phone to call Harry James.

Police were listening into the conversation which centred around the two bags, a green one with the ammunition and a Taser, and the other blue and red with the vest and masks, wrapped in black tape.

Alleged robber: ‘R*** I told R***’ (Name has been redacted to protect identity).

Harry James: ‘Yeah, where is it again?’

Court documents state that later in the day the alleged robber made further calls out of the public payphone.

During one he allegedly instructed his younger brother to drop the bags at a home in Windsor, north-west of Sydney, ‘straight away’.

That night James called his friend Ian Salmon and asked him for help.

‘(The alleged robber) is in a bit of strife and he had some stuff he wanted to stash for a while,’ James said.

Mr Salmon agreed to help and so James drove to his home in Freemans Reach where the two bags would be stored for a few days.

James handed him the two bags, told Mr Salmon ‘this is it’ and then admitted that he believed the alleged robber ‘was going to be in trouble’.

James told him he would return in a few days to collect the bags and planned to throw the bag with the balaclavas and armoured vests ‘in the river’. 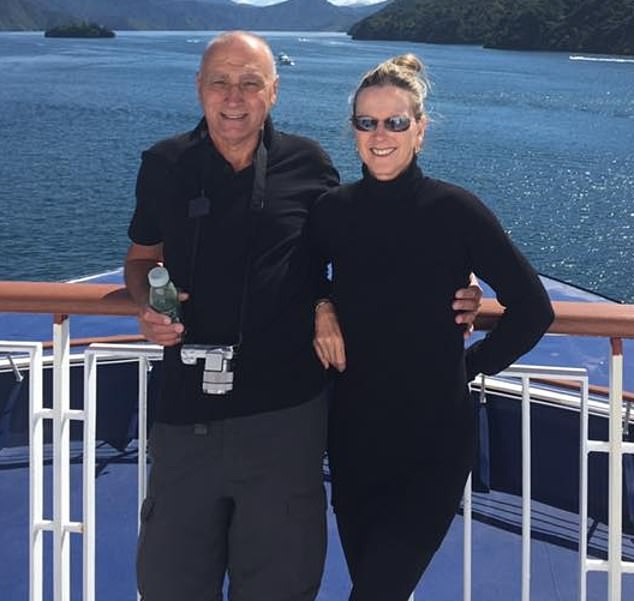 James (left, with his wife Rosemary) pleaded guilty to one count of transporting evidence, with court documents revealing he told a friend he planned to eventually collect the two bags and dump one ‘in a river’ 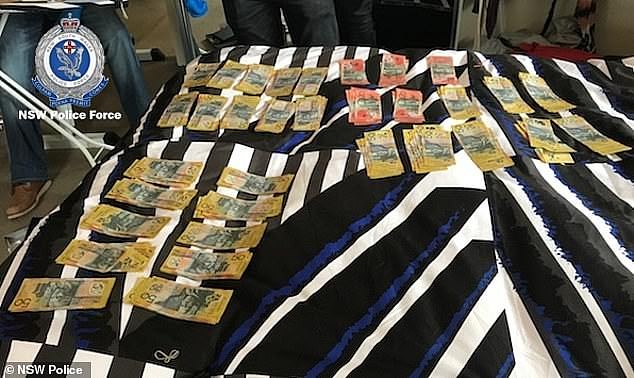 NSW Police said more than $100,000 was stolen during the alleged robbery and during raids across Sydney’s west in November 2018 uncovered wads of cash (pictured) 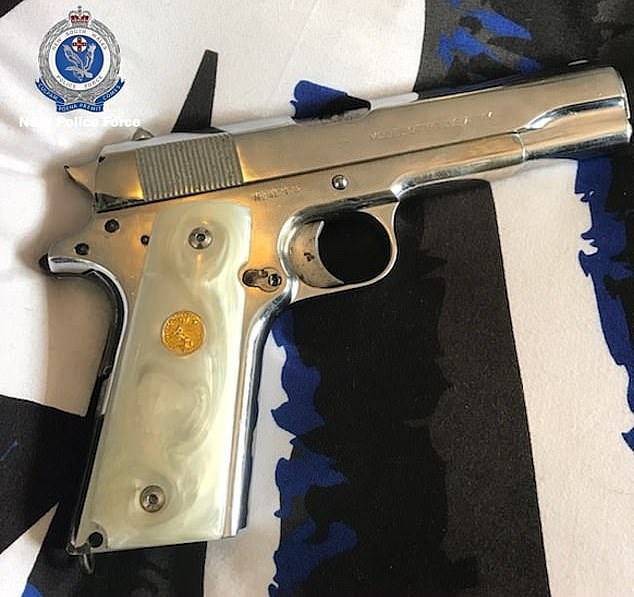 Mr Salmon was never charged by police and Daily Mail Australia is not suggesting he broke the law.

Early the next morning the alleged robber called James to check the drop had gone as planned. The conversation went like this:

Alleged robber: ‘Did you send those CD’s off? Did you get rid of it?’

Harry James: ‘Why’d you lie to me about those things?’

It was almost a month before NSW Police arrested the alleged robber at a Cambridge Park home on December 5.

Exactly a week later on December 12, detectives attended Mr Salmon’s home where he told them about the location of the two bags.

When police opened the bags they found the black armoured vests and masks. 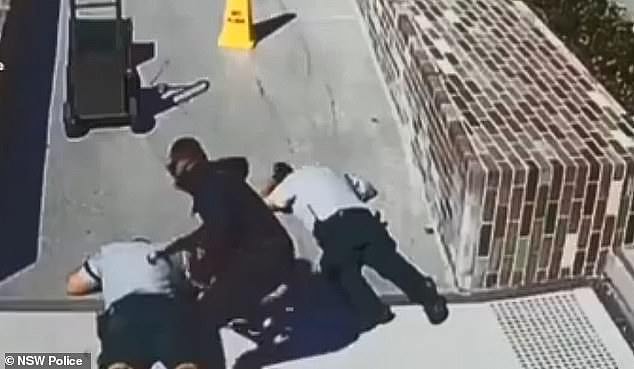 Police arrested one of the alleged robbers on November 14, 2018 the same day James received a call from his friend asking him for help in hiding the ammunition, masks and vests 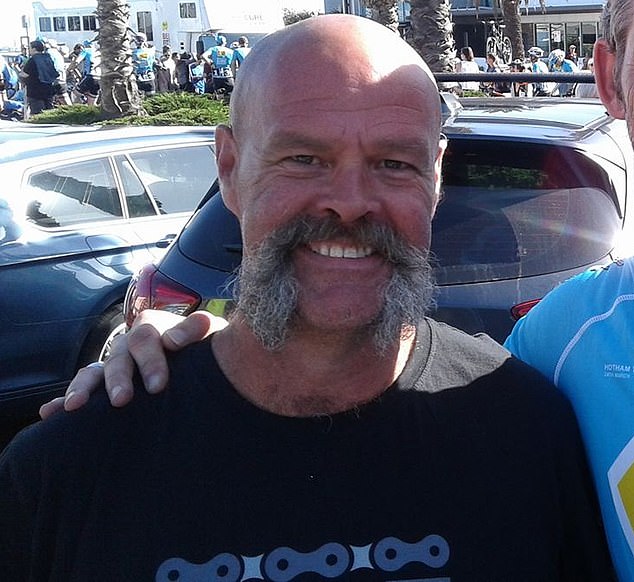 James called his friend Ian Salmon (pictured) and asked him to store the bags for him. Police raided his home weeks later and he told them where the bags were located. Police have never charged Mr Salmon and Daily Mail Australia is not suggesting he broke the law 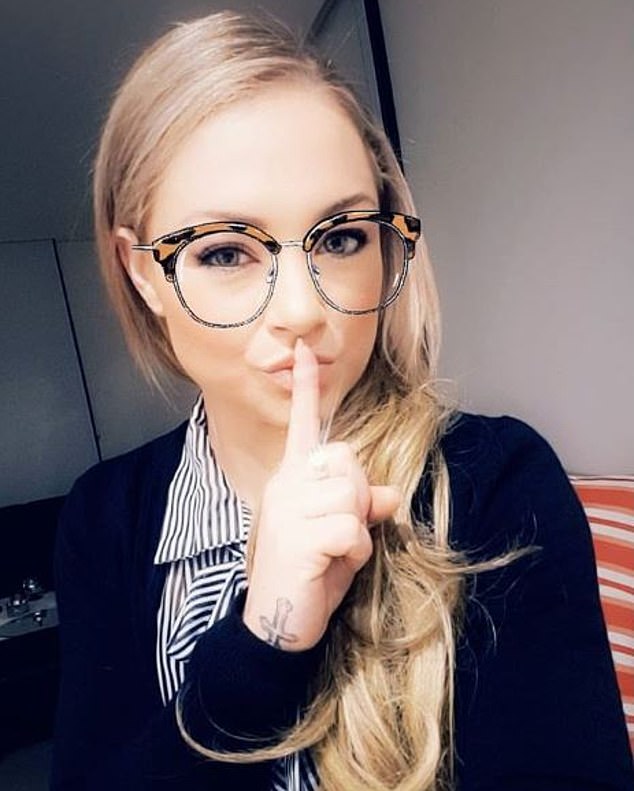 No DNA evidence could be pulled from any of the items of clothing.

Cool was heard to be talking about buying and selling drugs, court documents said.

When police raided her apartment at North Rocks they found drugs, as well as guns and armoured vests, similar to those used in the alleged armed robbery.

They also discovered a suitcase full of NSW Police and corrective services uniforms.

She was initially charged with supplying a gun to the alleged robbers but a plea deal struck last week to avoid a trial saw that charge dropped. 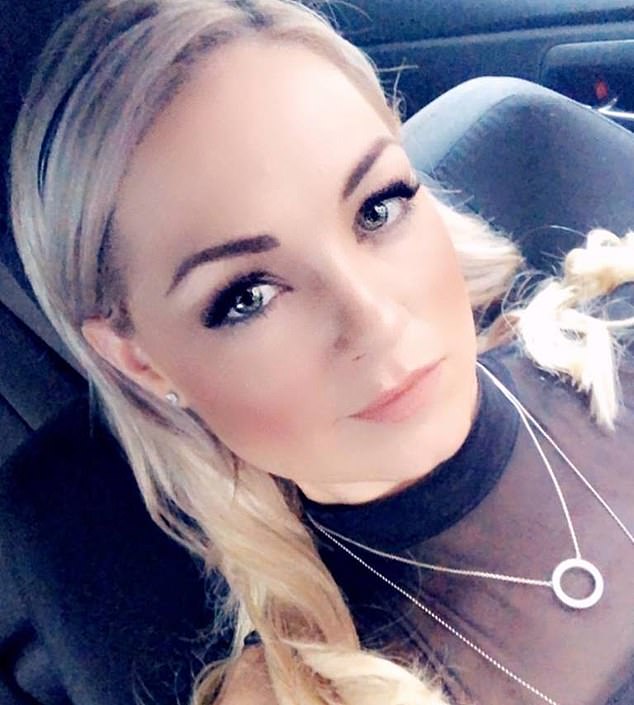 In the conversations she was heard discussing drug deals and police subsequently raided her home, during which they found several other items of interest including two armoured vests – similar to those used by the alleged robbers in their 2018 attack on the Armaguard van 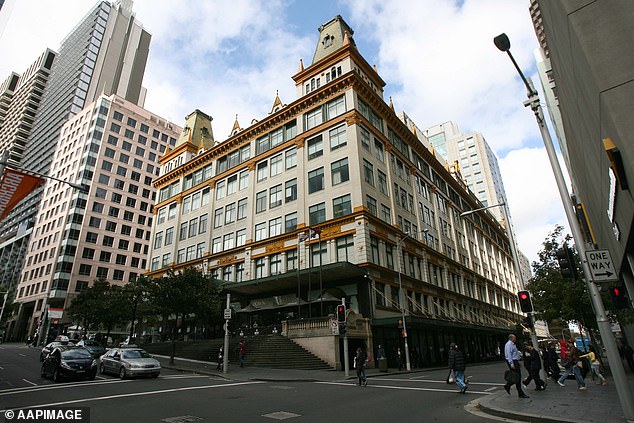 Sydney’s Downing Centre District Court heard that during the raid of her home police found drugs in a Coles bag in her living room and in Tupperware throughout the unit.

Cool also had a 6mm Airsoft caliber Chinese pistol under the couch but told officers ‘it doesn’t belong to me’.

James pleaded guilty to his role in disposing of evidence on August 20 this year and will be sentenced on November 9.

Cool will be sentenced on November 20.