A brazen group of teenagers allegedly damaged a laundromat by jumping inside tumble dryers before posting photos of the stunt online.

Police have charged a 14-year-old girl and 15-year-old boy, both from Redlynch, with one count of wilful damage. 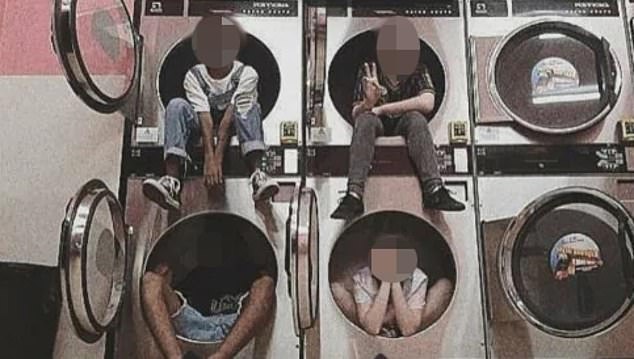 Two teenagers have been charged with wilful damage following an incident at Redlynch Laundrette, in Cairns, on Saturday night. A photo posted online shows four teenagers posing inside the business’s tumble dryers

A photo posted to social media, alongside the tag ‘rats’, showed the teenagers sitting inside the machines.

The Queensland laundromat has only been open since August, with the owner forced to fork out the cost of repairs.

‘These kids need to understand it costs a lot of money to set up a business and a lot of time, so for kids to come in and disrespect it, they need to stop and think,’ Business owner Trish O’Neill told the Courier Mail.

Ms O’Neil said she spent all day Sunday cleaning, which involved sanitising the store including inside the dryers.

Police investigations into the incident continue. 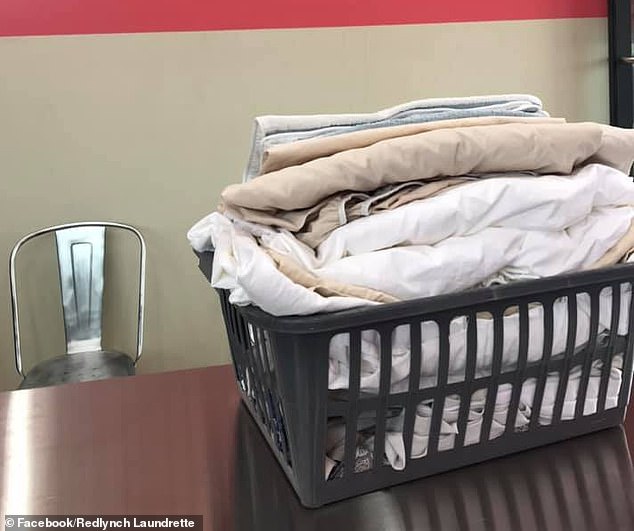 Redlynch Laundrette (pictured) had only been open since last month. Police investigations continue