By Raven Saunt For Mailonline

A breast-feeding councillor is at the centre of a discrimination row after she was banned from a meeting over fears her baby being there would break confidentiality, according to reports.

Louise Rea was allegedly told that she could not bring her eight-month-old daughter Alice to the meeting for the Ivybridge town council in Devon.

It is thought that the decision was made following confusion about the age of the child likely to attend amid fears the youngster may inadvertently hear confidential information.

Mrs Rea decided to stay away from the personnel committee which met in August.

But the mayor has now offered to meet the mother-of-two to find a solution about how she can attend meetings in the future. 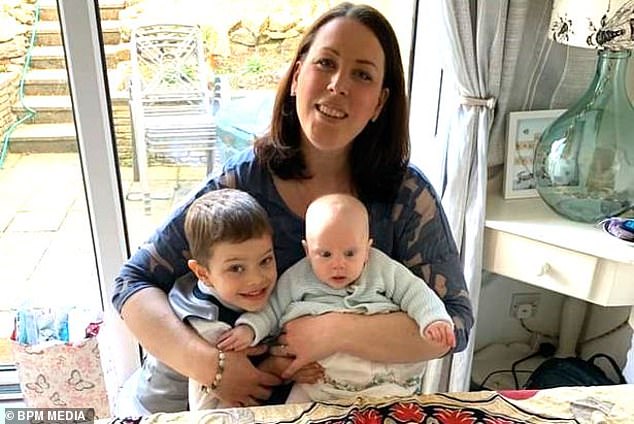 Council personnel committees are usually held without the inclusion of the press and public because they deal with confidential information about staff.

Mrs Rea reportedly emailed the committee chair the day before to explain that she would have needed to bring her child, who she is still breast-feeding, into the meeting.

But, following her absence from the hearing last month, a fellow councillor claimed that the privacy rules appeared to result in discrimination.

Tessa Lannin reportedly broached the subject at a full council meeting held virtually via Zoom and broadcast live on YouTube.

However, it is thought she met resistance from other councillors about Mrs Rea’s absence.

The Equality Act 2010 protects breast-feeding mothers from being treated unfavourably.

The town council’s equality policy says it aims to ensure its services are accessible to all and its policies and practices are ‘fair and free from unlawful discrimination’. 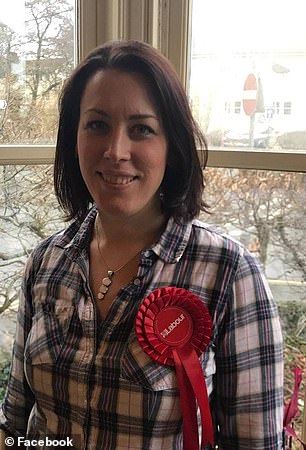 Lisa Lines, director of Ivybridge Latch On, a group that supports breast-feeding mothers, said: ‘Louise Rea has been a fantastic support to Ivybridge Latch On since becoming a councillor, providing us with a wealth of information and support that has enabled us to apply for vital funding to secure the future of our services.

‘It is therefore all the more disappointing that she has faced discrimination of this sort from the body she has been tirelessly representing. We hope that Ivybridge Town Council will reconsider their position in the case of future meetings.

‘Breastfeeding rates in the UK are among the lowest in the world despite over 80 per cent of mothers initiating breastfeeding at birth.

‘UNICEF estimate that for just five illnesses, moderate increases in breastfeeding would translate into cost savings for the NHS of up to £40 million per year.

A spokesperson for the council said there would never be any intention to discriminate against anyone, but councillors or staff might have contradictory requirements or availability when meetings were called.

The spokesperson said: ‘There is no other personnel meeting planned as yet – they only happen up to four times per annum and have always been in the day.

‘But I am sure that the chairman will take account of the availability of all those who wish to attend future meetings and as these are now likely to revert to remote or hybrid meetings in view of the recent Government advice, then hopefully all should be able to attend.’

Mrs Rea, a social care manager, was elected to the town council for Ivybridge East in May 2019.

The Labour Party candidate received the third highest number of votes of the eight councillors chosen.

She was previously contacted by the Local Democracy Reporting Service but declined to issue a statement due to town council policy preventing councillors speaking to the media.