China will not carry out mass vaccinations on its population because Covid-19 has largely been wiped out in the country, Beijing’s health chief says

Beijing’s health chief has said that China will not carry out mass vaccinations on its population because Covid-19 has largely been wiped out of the country.

Director of the Chinese Center for Disease Control and Prevention, Dr Gao Fu, said sweeping coronavirus vaccinations would only be needed if there was another major outbreak.

According to the China CDC chief, sweeping vaccinations would be unnecessary in the country while the virus is under control, although he didn’t rule out the need for them in the future.

The country recorded 29 new cases and no new deaths overnight, bringing the total numbers to 90,107 infections, and 4,734 deaths. 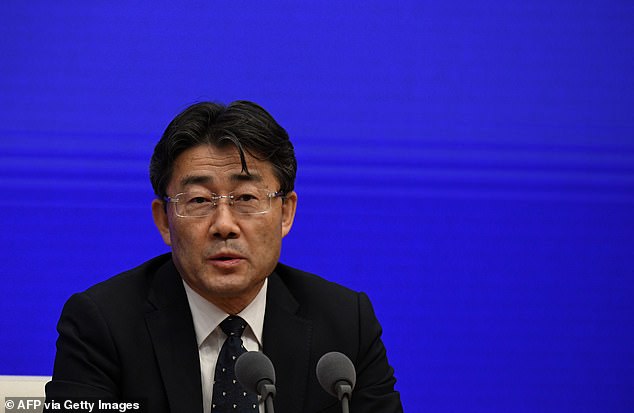 Director of the Chinese Center for Disease Control and Prevention (China CDC), Dr Gao Fu, said nationwide coronavirus vaccinations would only be necessary if there was another major outbreak. Above, a file image of Dr Gao Fu pictured during a press conference in January 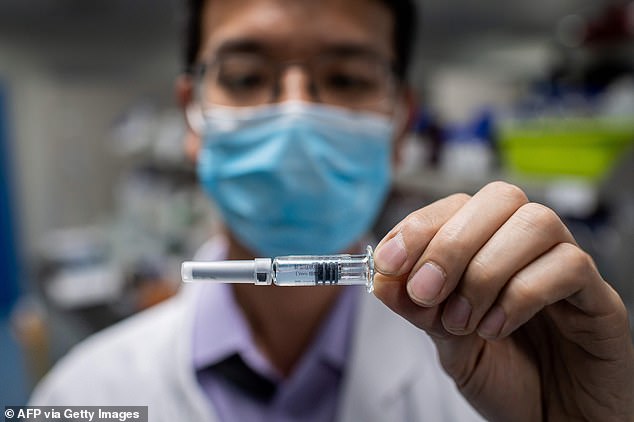 According to the China CDC chief, sweeping vaccinations would be unnecessary in the country while the virus is under control. This file picture taken on April 29 shows an experimental vaccine for the COVID-19 that was tested at the Sinovac Biotech facilities in Beijing

‘This is an issue of balancing risk and return,’ Dr Gao said, as quoted by the China News Service.

He admitted that there should be ‘large-scale vaccination of residents’ should another outbreak match the one that originated in Wuhan late last year.

However, he said that for the first batch of vaccines, priority should be given to frontline medical staff and epidemic prevention workers.

Security workers would then take priority, followed by cleaning and catering staff and civil servants working in crowded areas.

Scientists around the world are working to develop a vaccine for Covid-19. China is developing at least eight vaccine candidates as it determines to become the first country in the world to roll out a successful vaccination for the pathogen.

Dr Gao Fu has previously said that China’s first coronavirus vaccine could be ready by September.

The country is competing with US and British companies to be the first with a vaccine to help end the pandemic – a feat that would be both a scientific and political triumph. 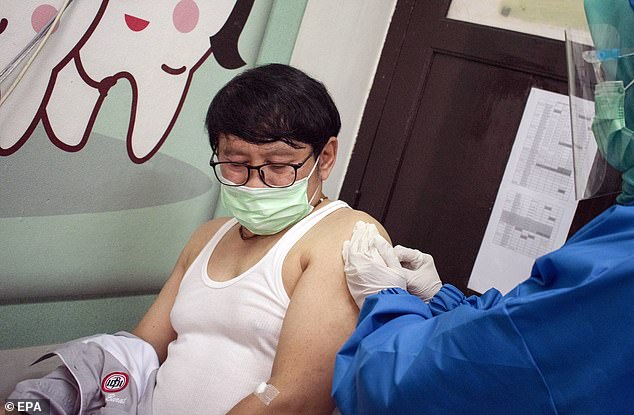 China is competing with US and British companies to be the first with a vaccine to help end the pandemic. The file picture shows a volunteer receiving a potential COVID-19 vaccine produced by the Chinese company Sinovac Biotech in Indonesia on August 14

Last month, Dr Gao Fu, revealed that he has been injected with an experimental coronavirus vaccine. He also said that taking the jab himself was an attempt to persuade the public to follow suit when one is approved.

In June, Dr Gao was a coauthor on a paper introducing one candidate, an ‘inactivated’ vaccine made by growing the whole virus in a lab and then killing it. That candidate is being developed by an affiliate of state-owned SinoPharm.

The company previously said in an online post that 30 employees, including top executives, helped ‘pre-test’ its vaccine in March, before it was approved for its initial human study.