This is the comical moment a father thwarts his daughter’s plans to trick him after she challenges him to pull a $5 bill from underneath a sanitizer bottle.

Footage shows Emily, from Palm Beach, Florida, challenge her father to pull out the money without touching or knocking down the bottle placed on top.

However the quick-witted father seizes the opportunity to tell his daughter the money is glued to the bottle before quickly snatching it away when his daughter goes to lift up the sanitizer and prove him wrong. 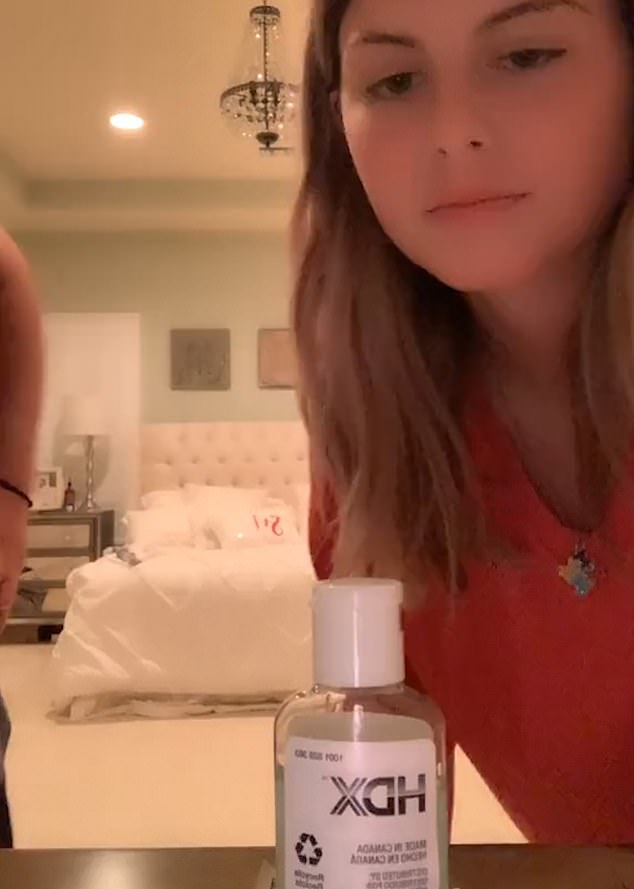 Emily , from Palm Beach, Florida, tells her father that he has to pull out the $5 bill she has placed underneath the santizer bottle without touching it or knocking it over 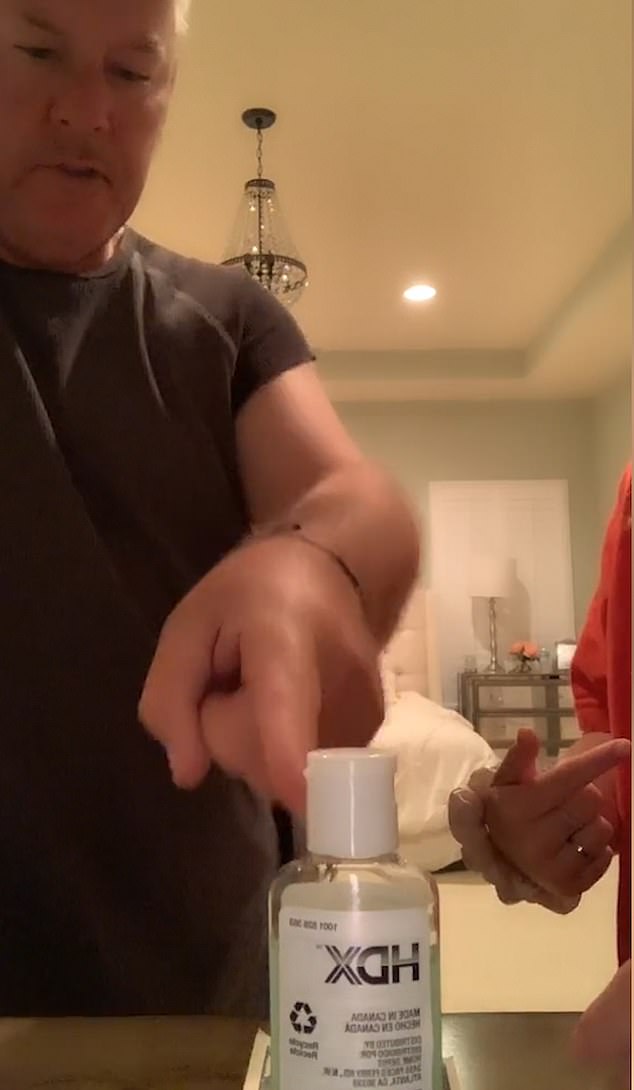 During the clip, which was shared on TikTok, Emily explains to her father: ‘So you have to have to get the $5 bill without moving the hand sanitizer or knocking it over.

Noticing the flaw in her plan, the father gestures towards the money and tells his daughter he cannot do it. 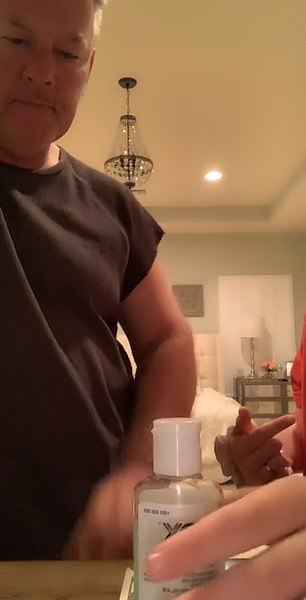 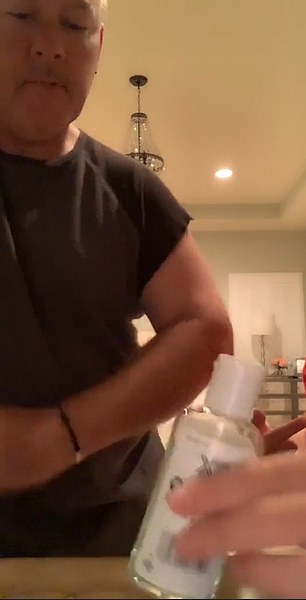 As Emily lifts up the sanitizer bottle to prove it is not stuck to the $5  bill, the father quickly snatches the money 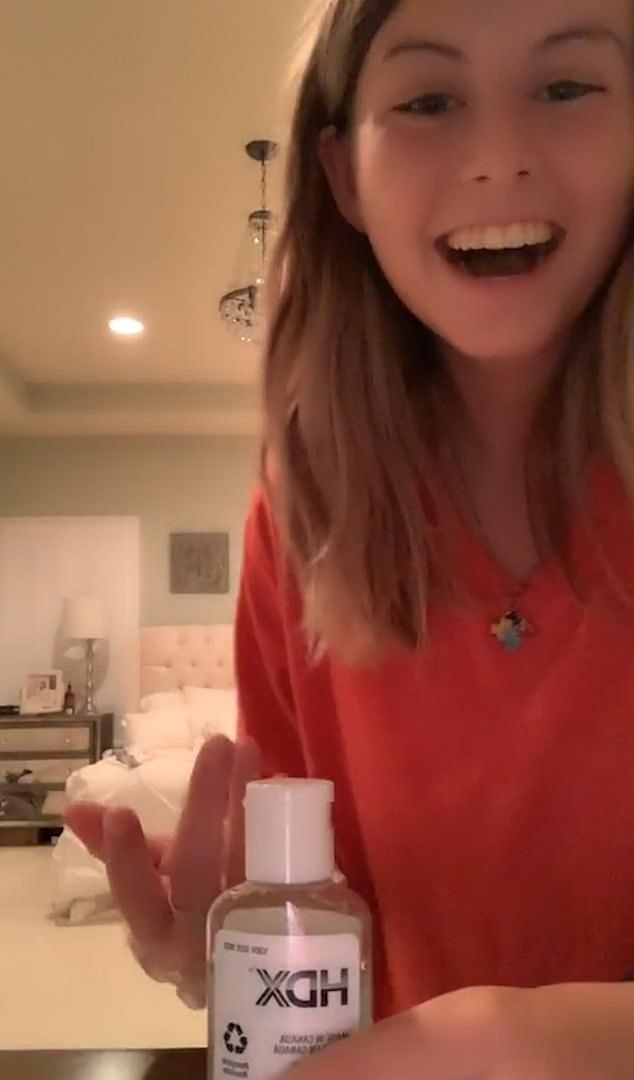 As the daughter lifts up the sanitizer to prove to her father the money has not been stuck to the bottle, the father grabs hold of the $5 bill and says: ‘Yes it is.’

Emily then sinks her head into her hands as her father proudly walks away with the money and says: ‘That’s not how you do it.’

She later took to the social media platform to write: ‘Dude really played me like that.’