Don’t look down! Daredevil climber without any safety equipment uses his bare hands to climb up the tallest skyscraper in central Paris – before being arrested by waiting police

By Peter Allen In Paris

A climber without any safety equipment tonight used his bare hands to climb up the tallest skyscraper in central Paris – before being arrested at the top.

Videos posted on social media showed the unidentified man scaling the 689ft Montparnasse Tower on Friday evening, as emergency services including police cars and ambulances scrambled to the iconic building in the French capital.

‘He set off from the bottom soon after 7pm and didn’t stop,’ said one of numerous onlookers who snatched pictures and video and posted them on social media.

‘It looked incredibly dangerous, and some thought it might be a suicide attempt, but he just kept going.’ 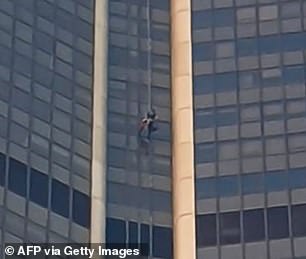 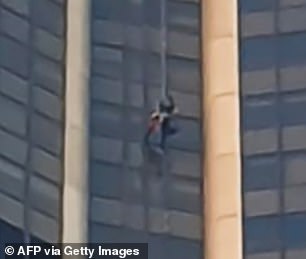 Images showed the man wearing a white T-shirt and shorts as he hauled himself skywards, looking extremely relaxed.

As he got towards the top, a rescuer believed to be part of a police unit came down the tower using ropes and a safety harness, and escorted the climber to relative safety, before he was arrested.

‘A man was taken into custody at the Montparnasse Tower following an illegal climb,’ said a Paris police source, confirming that the arrest happened at around 8pm. 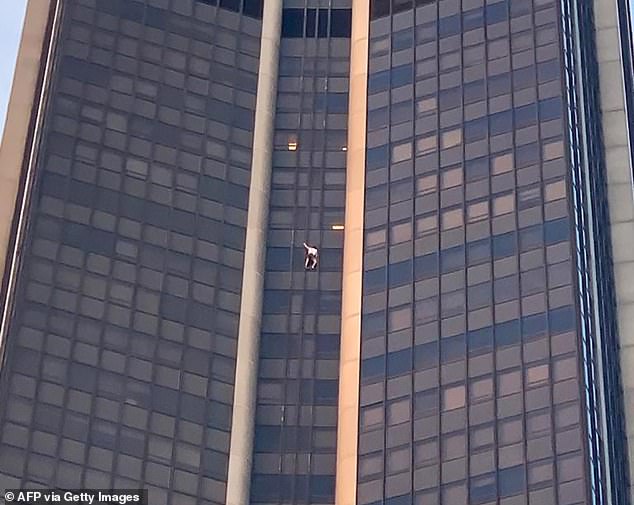 The climber was seen scaling the 210 metre tall Tour Montparnasse, in Paris, France

The glass and steel edifice was completed in 1973, and remains the tallest building of its kind in the centre of the city.

The nearby Tour First is – at 758ft including its spire – taller, but it is in the suburban La Défense business district, and not central Paris. 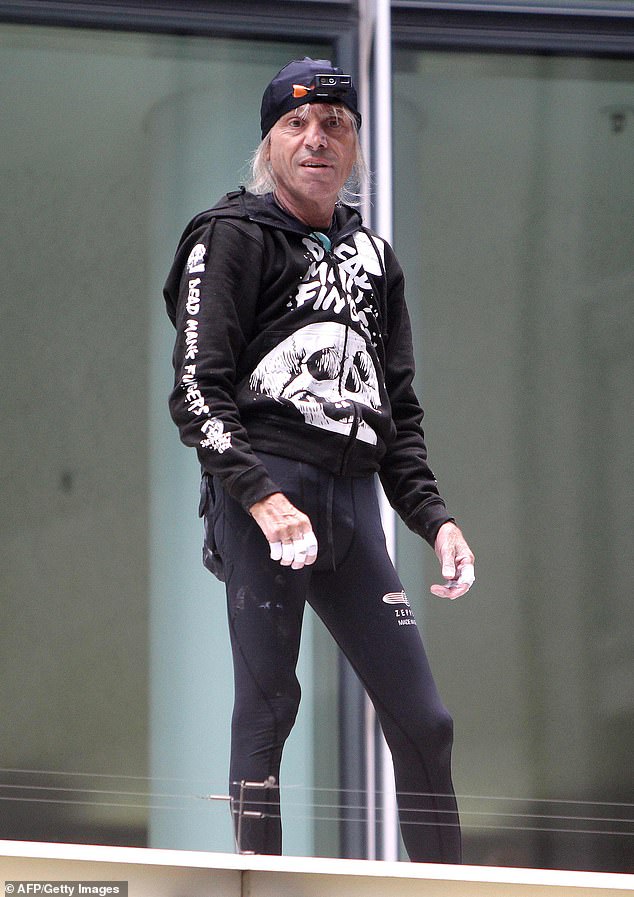 His solo climbs have led to him being arrested on numerous occasions, but he has also done some sponsored ascents with the permission of the authorities.

During the April 2009 G-20 London summit, Robert climbed to the 9th floor of the Lloyd’s building in The City and unfurled a 100-foot banner declaring that there were 100 months left to save the planet.

Witnesses to tonight’s ascent of the Montparnasse Tower suggested Robert was not involved on this occasion, but this has not been confirmed