Eyes on the ball! Mesmerised moggies move in sync as they follow children’s game in adorable footage

This is the hilarious moment three cats kept their eyes glued to a ball as two kids passed it to each other.

Deisi Vessoleck Bordignon, 35, captured the moment on video as her daughter Tiffany, nine, and a friend pass a volleyball to each other back and forth.

The hilarious video was filmed in Portugal and went viral online with over one million views. 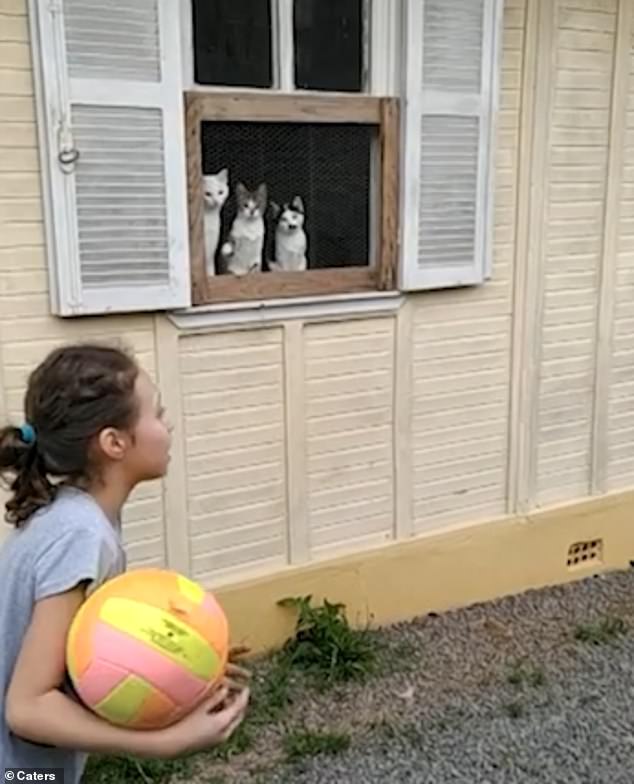 Footage shows as two girls, Tiffany and her friend, playing a game of catch.

In the background, three cats can be seen attentively following the game as they watch from a window sill.

They keeping their eyes glued to the ball, turning their heads from side to side as the girls pass the ball.

When Tiffany throws the ball high up into the air, the cats all gaze up and down, perfectly in sync, as they follow the ball’s arch.

The middle cat seems the most curious as it twists its head to get a better look at the ball.

Its cute behavior has captured the attention of cat lovers on Twitter as one wrote: ‘The middle cat. I want the middle catttttttttt’ [sic].’

Another added: ‘So cute! The cats are perfectly synchronized.’ 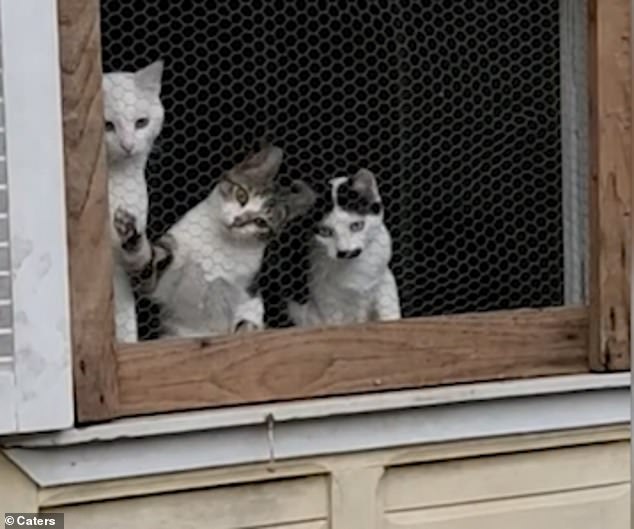