More than 230 years after George Washington purportedly tried – and failed – to knock over Holliston’s Balancing Rock in Massachusetts, the iconic boulder has fallen.

The five-ton slab, measuring 20 feet in length, 10 feet in width and 6 feet in thickness, was first observed to have been displaced from its ancient perch atop an even larger rock on Tuesday afternoon.

It is unclear what exactly caused the famous rock to lose its balance and come crashing down after 10,000-15,000 years, but retired geologist and Holliston resident Carol Hildreth attributed the landmark’s downfall to ‘time and weathering,’ also known as erosion. 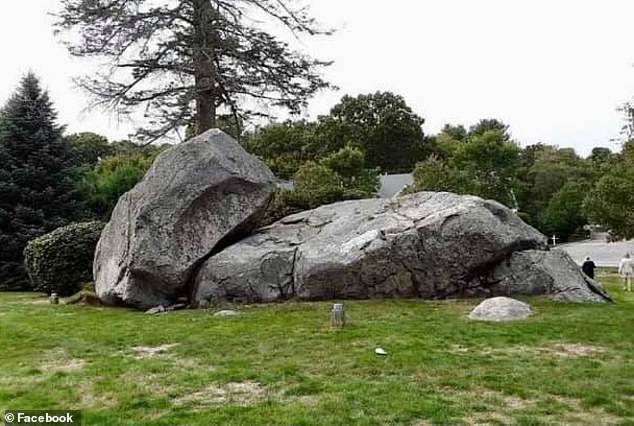 Balancing act: Holliston’s Balancing Rock in Massachusetts is seen resting on its side on Tuesday after toppling over 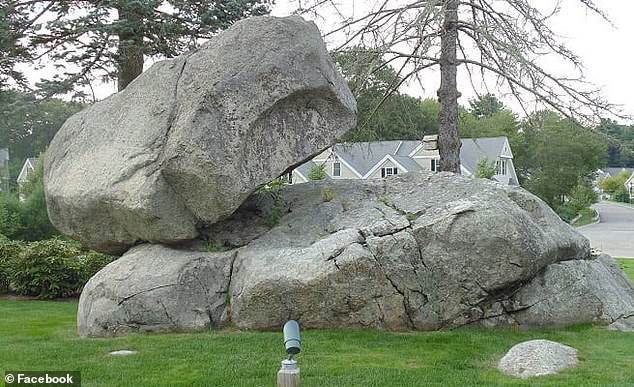 The now-toppled Balancing Rock is located in Holliston, which is a town of 14,000 situated 30 miles west of Boston. It has been towering over the surrounding area off Route 16 from the time a glacier had melted and deposited it there., reported WCVB.

The hulking boulder has been a part of local lore for centuries, reported MetroWest Daily News. A possibly apocryphal story has it that in 1789, while touring Massachusetts and other eastern states with his troops, Washington encountered Holliston’s Balancing Rock after having a drink at a nearby tavern and attempted to knock it down. 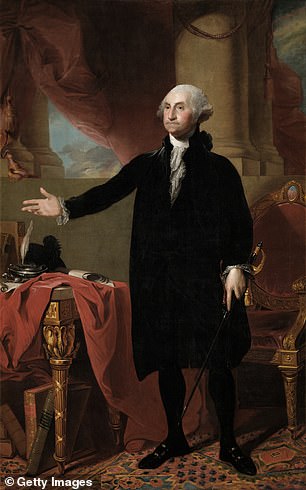 In 1789, George Washington purportedly tried to knock it down after having a drink at a local tavern with his soldiers during a tour of Massachusetts

Town historian Joanne Hubert described the comical scene starring the Founding Father and first president of the newly liberated United States in a column published in Wicked Local in 2011.

‘Suitably refreshed, they continued along that indifferent road a short distance to the massive perched boulder known locally, and rather simply, as the Balancing Rock,’ Hubert wrote. ‘Here he paused to contemplate the precariously tilted rock and, as tradition has recorded he made a valiant attempt to dislodge the boulder. He was probably not the first to attempt it, and he certainly wasn’t the last.’

Some of the victorious general’s men also purportedly tried to dislodged the gargantuan, 6-foot-thick slab of rock, but to no avail.

When asked if heavy machinery could be used to remount the Balancing Rock, Hildreth said no.

‘It’s gonna stay like that because I think gravity won,’ she said with a chuckle.

But a town official has not ruled out restoring the rock to its rightful place.

‘The Town of Holliston has received some indications that local excavation companies would be interested in helping to restore the position of the rock, but that is to be seen as it is on private property and there are obvious safety concerns that would need to be addressed before a decision,’ the official told DailyMail.com in an email on Wednesday. 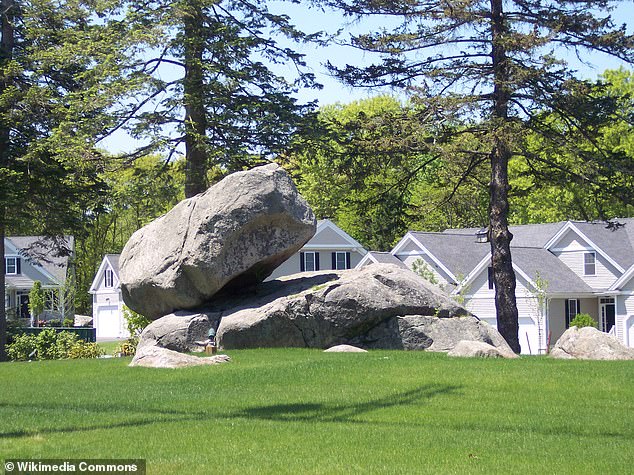