An SUV has careered off the road and smashed through the window of a senior Labor MP’s electorate office.

The female driver in her 60s was uninjured in the crash at the office of Shadow Health Minister Chris Bowen in Fairfield West, western Sydney.

Police, paramedics and firefighters were all called to the scene after the vehicle mounted the curb about 2pm on Tuesday afternoon and plowed into the premise’s waiting room. 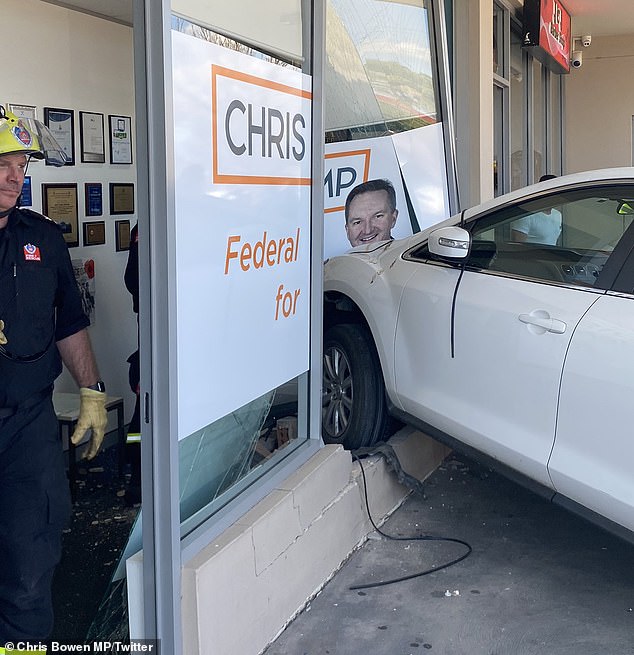 A New South Wales Police media spokeswoman told Daily Mail Australia the driver was taken to Fairfield Hospital, where she was assessed for shock.

A photo taken at the scene and shared by Mr Bowen on his Twitter page showed a window bearing his face had been crushed and detached from the wall.

Mr Bowen wrote alongside the photo the crash had been caused by a ‘local resident’ who ‘had some difficulty parking’. 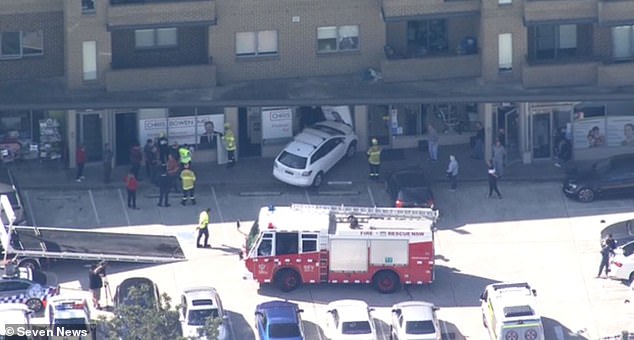 Police, paramedics and firefighters were all called to the scene after the vehicle mounted the curb and smashed through one of the office’s windows

‘She has been taken away by ambulance but is doing OK,’ he said.

‘Luckily, there was no-one in our office waiting room at the time.

‘All my staff are OK. It will be a while before we are able to get back in the office, so please understand why we aren’t answering the office phones or emails just at the moment.’