The Big Ten is apparently set to reverse its decision to postpone football season until springtime amid the pandemic, according to University of Nebraska president Ted Carter, who let the information slip on a hot microphone at a press conference on Tuesday.

‘We’re getting ready to announce the Huskers and Big Ten football tonight,’ Carter was heard saying following a press conference on Tuesday.

Nebraska’s KETV recorded the audio from the press conference.

Carter walked back the statement shortly after, saying that there is still work to be done, but he hopes to have a resolution in the near future.

In a statement following Tuesday’s press conference, the school explained: ‘When there is any news to share or confirm regarding any Big Ten board decision, it will be announced by the Big Ten. Chancellor [Ronnie D.] Green and [athletic director Bill] Moos will comment at that time.’

SCROLL DOWN FOR VIDEO 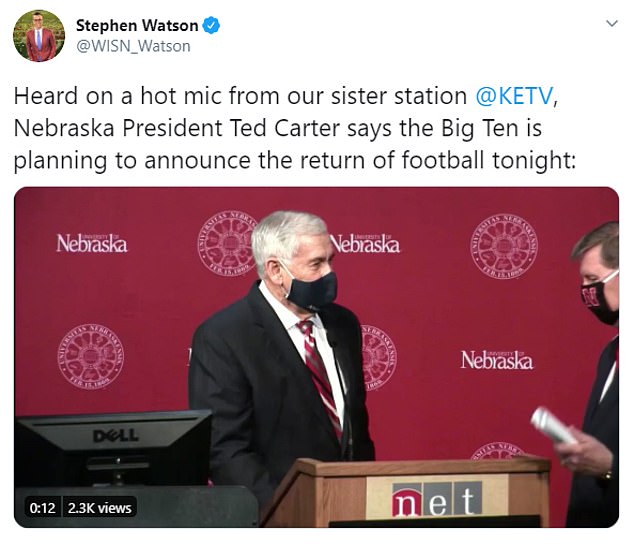 The Big Ten is apparently set to reverse its decision to postpone football season until springtime amid the pandemic, according to University of Nebraska president Ted Carter (right), who let the information slip on a hot microphone at a press conference on Tuesday 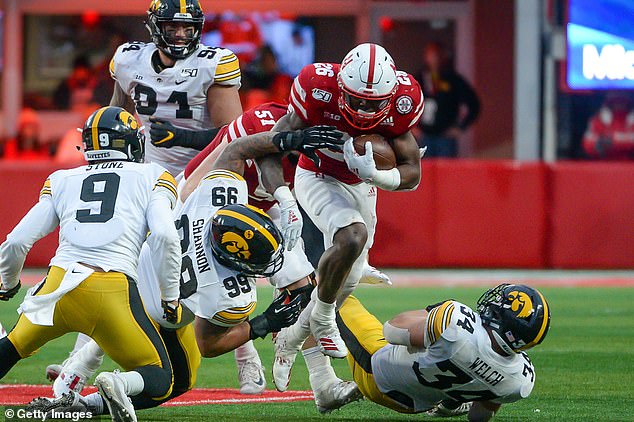 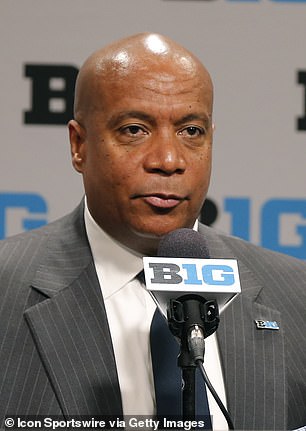 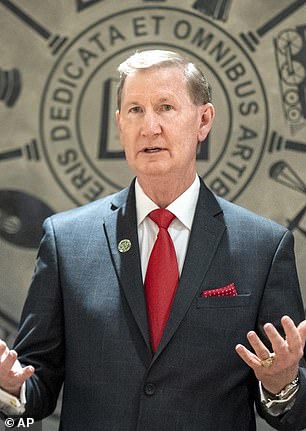 Big Ten commissioner Kevin Warren (left) is expected to announce a fall football season, according to a statement made by Nebraska school president Ted Carter (right) on a hot mic

On September 1, Trump said he had a ‘productive conversation’ with Big Ten commissioner Kevin Warren about starting the football season amid the ongoing pandemic

President Donald Trump had previously weighed in on the situation earlier this month, urging conference officials to opt for a fall start in spite of a global pandemic that has killed around 200,000 Americans.

‘Had a very productive conversation with Kevin Warren, Commissioner of the Big Ten Conference, about immediately starting up Big Ten football,’ Trump tweeted on September 1. ‘Would be good (great!) for everyone – Players, Fans, Country. On the one yard line!’

The Big Ten, in a statement, said a White House representative reached out to Warren to set up a phone call with Trump. The statement said Warren and Trump had a ‘productive conversation.’

‘The Big Ten Conference and its Return To Competition Task Force, on behalf of the Big Ten Council of Presidents and Chancellors (COP/C), are exhausting every resource to help student-athletes get back to playing the sports they love, at the appropriate time, in the safest and healthiest way possible,’ the statement said.

Sports radio show host Clay Travis, facilitated the call between Trump and Warren about reinstating the fall season, according to Sports Business Journal, which reported the White House’s goal of starting the season in October. Travis previously interviewed Trump on his show, OutKick.

SBJ also reported that the White House is hoping to create polling momentum in the midwest, where football fans though they would be deprived of a football season in 2020.

The Big Ten announced August 11 it would move its football season to the spring semester because of the pandemic and its associated health risks, which may include cardiac issues. The Pac-12 followed suit, joining the Mid-American Conference and the Mountain West. Other leagues are playing shortened seasons.

The conference is filled with teams from battleground states that will prove critical in the upcoming election between Trump and Democrat Joe Biden, the latter of whom weaponized college football postponements in a recent attack ad.

‘Trump put America on the sidelines,’ read a graphic at the end of the spot, which featured images of empty Big Ten football stadiums. 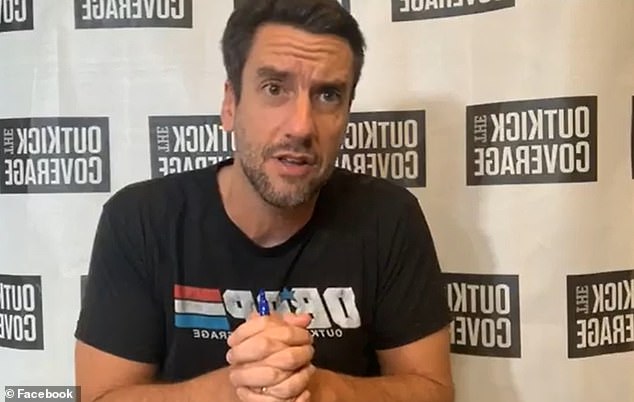 Sports radio show host Clay Travis (pictured), facilitated the call between Trump and Warren about reinstating the fall season, according to Sports Business Journal, which reported the White House’s goal of starting the season in October

Travis, who seized upon that ad in a recent blog post on OutKick.com, has accused the Big Ten of postponing the 2020 fall football season to hurt Trump in November’s election.

‘The Big Ten decision to cancel college football was about politics,’ read a recent tweet from Travis. ‘They want to beat Donald Trump & blame him for football not being played in swing states.’

While the Big Ten’s initial postponement was politically motivated, according to Travis, Warren’s decision to speak with the President with an eye towards playing fall football was very ‘bipartisan.’

‘After the president and the Big Ten commissioner’s very positive & bipartisan call this morning the pressure is now squarely on Big Ten presidents and chancellors to reconsider their prior decision to cancel fall sports,’ tweeted Travis.

Warren has been under pressure for several weeks as the outcry against the decision has grown louder. In August, a group of Nebraska players filed a lawsuit seeking a reversal of the decision, and Governor Pete Ricketts has been a vocal proponent of the Cornhuskers playing fall football. 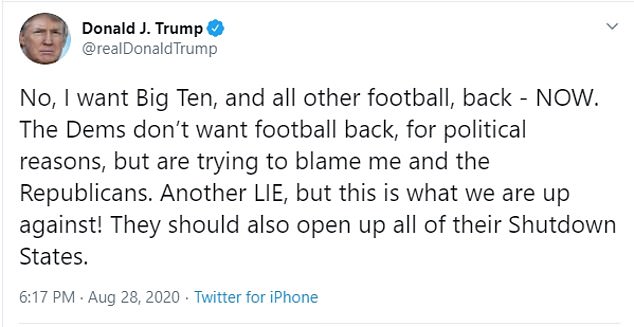 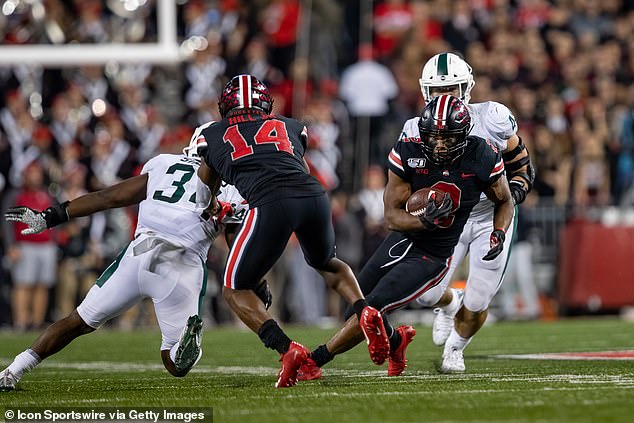 The Big Ten announced August 11 it would move its football season to the spring semester because of the pandemic and its associated health risks, which may include cardiac issues. The Pac-12 followed suit, joining the Mid-American Conference and the Mountain West. Other leagues are playing shortened seasons 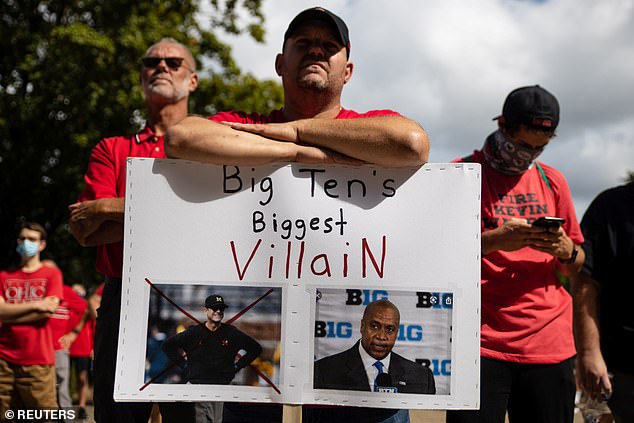 ‘Before the Big Ten’s decision, we were already working with the university and public health officials on plans to play football this fall,’ said Ricketts, a Republican. ‘We would love for the Big Ten to give schools the flexibility to make decisions that are right for them.’

The Associated Press and other outlets reported in August that Big Ten officials are working on multiple plans for staging a football season – including one that would have the league kicking off during the Thanksgiving weekend. Soon after, Trump brought up the state of college football.

‘No, I want Big Ten, and all other football, back – NOW,’ Trump tweeted then. ‘The Dems don’t want football back, for political reasons, but are trying to blame me and the Republicans. Another LIE, but this is what we are up against! ‘

Travis, who seized upon Biden’s attack ad in recent a blog post on OutKick.com, has accused the Big Ten of postponing the 2020 fall football season to hurt Trump in November’s election 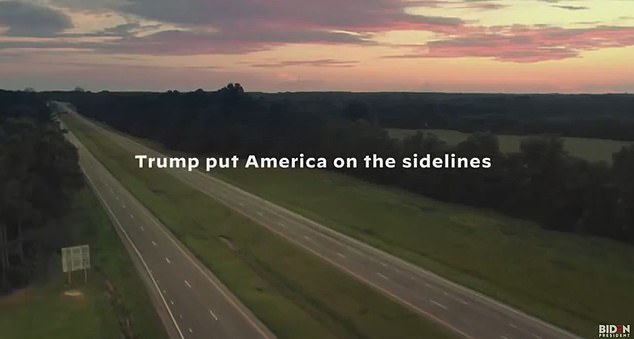 In the attack ad, Biden puts the blame for the absence of a football season squarely on Trump 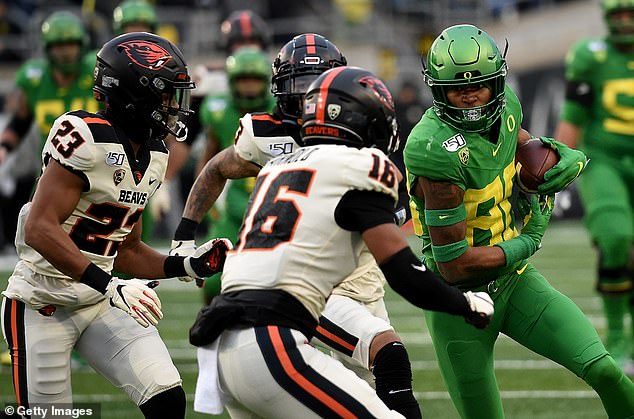 The Pac-12 could open its 2020 football season in mid-to-late November instead of next spring, ESPN reported Monday.

The Pac-12 announced on September 3 a deal with Quidel Corp. that would allow for daily and rapid COVID-19 testing of athletes in ‘close-contact’ sports. The testing apparatus is expected to be delivered to each campus by the end of September, but there will be a learning curve with the technology.

And still, public health officials in California and Oregon — home to half of the conference’s six schools — have not given the OK for contact practices. The coronavirus pandemic and wildfires in both states have stalled a return to activities.

ESPN reported that conference officials are aiming for football teams to have six weeks of preparation for a new season, pushing the return well into November.

‘This is a major step toward the safe resumption of Pac-12 sport competitions,’ conference commissioner Larry Scott said in announcing the Quidel contract. ‘The availability of a reliable test that can be administered daily, with almost immediate results, addresses one of the key concerns that was expressed by our medical advisory committee, as well as by student-athletes, coaches and others.’ 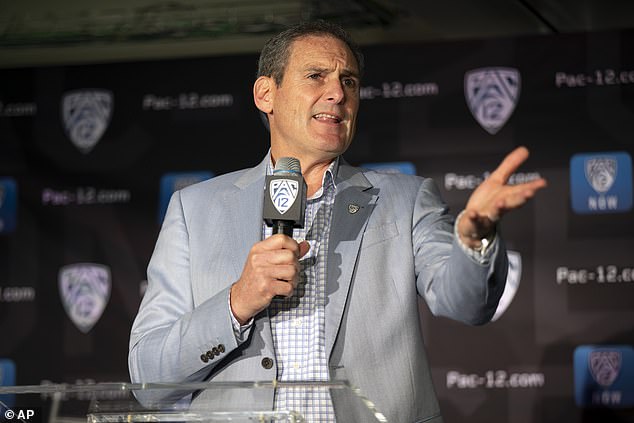