Former Victorian Premier Jeff Kennett has attacked Daniel Andrews and the Victorian government for failing to take responsibility for the state’s deadly second wave of COVID-19.

Mr Kennett exploded during an appearance on Tuesday’s Today Show where he described the revelations as ‘extraordinary’.

‘We are in this strange position here in Victoria where no-one knows anything,’ he said.

‘No politician will accept responsibility. It is the most extraordinary situation and bear in mind, the failure at those quarantine hotels led to the second wave here which to date has taken over 750 lives.’ 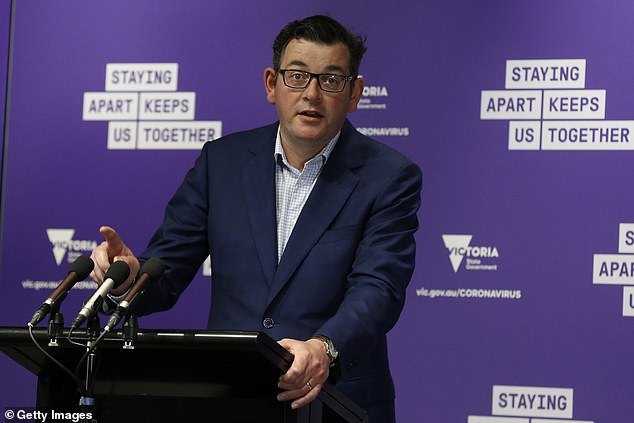 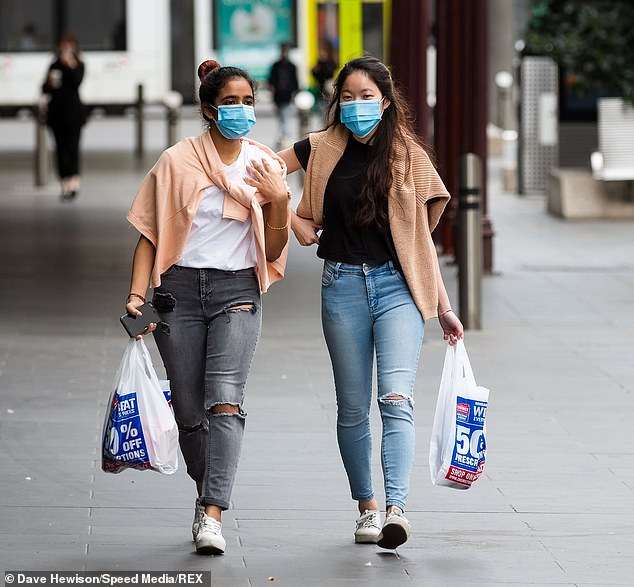 Mr Andrews is due to give evidence during the inquiry on Wednesday but Mr Kennett assumed he will also claim to ‘not know anything’.

‘No-one knows. This has just happened. I’m surprised anyone knows we have got coronavirus down here,’ Mr Kennett said.

‘No politician has accepted any responsibility for any act that has occurred.’

Some 62 per cent said they were satisfied with his performance even though the virus escaped from hotel quarantine in late May and caused a deadly second wave.

The Newspoll for The Australian also found that 61 per cent of Victorians thought the state’s lockdown restrictions were ‘about right’.

Asked how Mr Andrews was handling his job, 62 per cent of voters were satisfied and 35 per cent were dissatisfied for a net satisfaction score of 27 per cent.

The September net score was up from 20 per cent in July when the state’s second wave of infections began to emerge. In April, it was 58 per cent.

Mr Andrews has been under constant criticism since he plunged Victoria back into lockdown on 8 July. The state’s second wave has caused more than 700 deaths, mostly in aged care homes.

It began when hotel security guards and staff failed to adhere to social distancing requirements, caught the virus and spread it around Melbourne.

The Andrews government has been criticised for using private security guards instead of soldiers and police to run the quarantine scheme.

The Newspoll also found Queenslanders back Premier Annastacia Palaszczuk’s handling of Covid-19, with 68 per cent saying she is doing a good job, although this was drop from 81 per cent in July.

Voters in both states endorsed Prime Minister Scott Morrison’s handling of the pandemic, with 77 per cent in Queensland and 71 per cent in Victoria saying he did ‘well’.

On restrictions, 39 per cent of voters around the country are now more concerned about harm to the economy and mental wellbeing than the risk of higher infection, compared to 20 per cent who held that view in July.

But 56 per cent remain concerned that moves to ease restrictions were too quick, risking the virus spreading further.

On Queensland’s hard border closures, 53 per cent of voters across the country say the level of restrictions is about right while 37 per cent say they should be relaxed.

The Newspoll of 2,068 voters nationally was conducted between September 16 and 19.

Victoria recorded just 11 new cases on Monday – its lowest daily figure since June 16 – to follow up Sunday’s result of 14.

It dropped Melbourne’s 14-day case average to 34.4, well below the target of 50 to lift some virus restrictions from September 28.

But the premier has yet to confirm whether Melbourne will move to its next step on Monday, which will allow a staged return to school for some students and more workplaces to reopen.

‘We will have more to say about that process later in the week,’ Mr Andrews said.

Opposition Leader Michael O’Brien said Melburnians can’t afford to wait until October 26 when more onerous rules such as the 9pm-5am curfew are due to be repealed.

‘The epidemiologists back it, the modelling backs it. Daniel Andrews needs to start listening to the experts and stop being a one-man show.’ 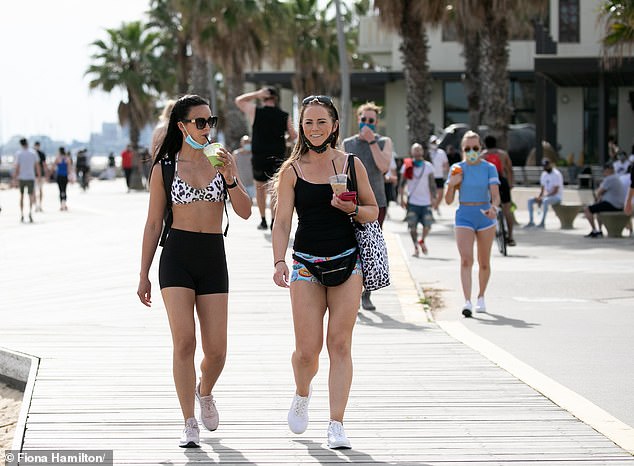 Mr Andrews encouraged anyone with a scratchy throat, runny nose or headache to get tested for the virus. Pictured: Melbourne residents on Saturday 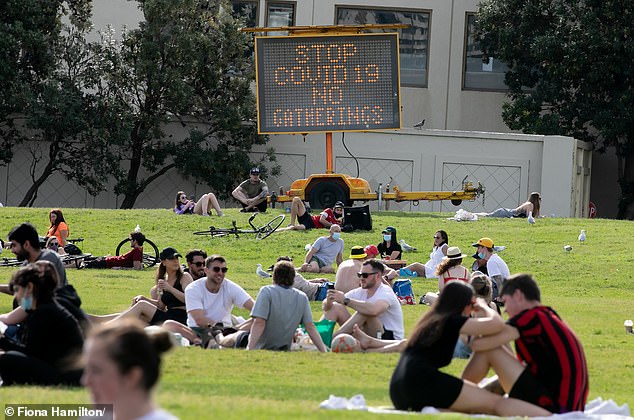 Opposition MPs want restrictions relaxed faster as the lockdown threatens to put up to 400,000 Victorians out of work by Christmas. Pictured: A Melbourne park on Saturday