Melbourne couple are fined $1,652 for mowing their lawn during Stage Four lockdown

A Melbourne couple who drove more than 300km to regional Victoria to mow their lawn have been fined for breaching their city’s Stage Four Lockdown.

The man and woman drove from Preston in Melbourne’s inner north to their second property in the small country town of Koondrook on the Murray River in northwest Victoria on Thursday.

Police said when they asked the couple why they had travelled so far, they said ‘the grass would have got too long if we didn’t come up’.

Melburnians are only permitted to travel to regional Victoria for work, medical care, care giving and to buy goods and services, provided it is their closest location. 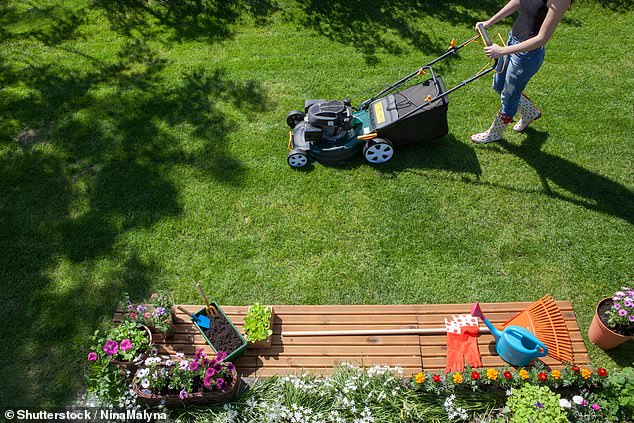 A Melbourne couple were fined for driving more than 300km to regional Victoria to mow their lawn, which is a breach of the city’s Stage Four Lockdown (stock image)

Since ‘mowing the lawn’ is not an acceptable reason to travel so far, the couple were fined $1,652 each on the spot.

The couple were just two of 100 Victorians fined for breaching the chief health officer’s directives in 24 hours.

Two men from Craigieburn who caught a taxi to the Yarra Ranges were pulled over at a vehicle checkpoint and fined.

One man said he as travelling to Gruyere to buy a vintage car while the other said he was going to buy tyres. 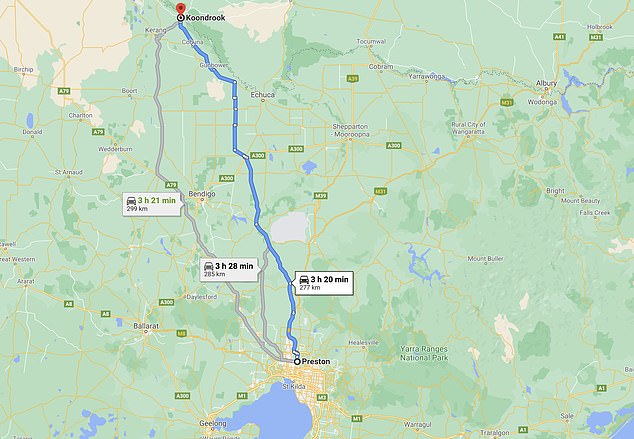 A map of the three-hour drive from Preston in Melbourne’s inner north to the country town of Koondrook in Victoria’s north west. The couple were fined after making the drive on Thursday

A man and two women were also fined after being caught hosting a birthday party at a short-term rental property on the Bass Coast.

Another 22 were fined for failing to wear a face mask when leaving home for one of the four approved reasons, 31 were fined at vehicle checkpoints and 30 were fined for curfew breaches.

Police have now issued 9,769 infringements since Stage Three restrictions were reinstated in Melbourne in early July, a total of more than $14 million in fines. 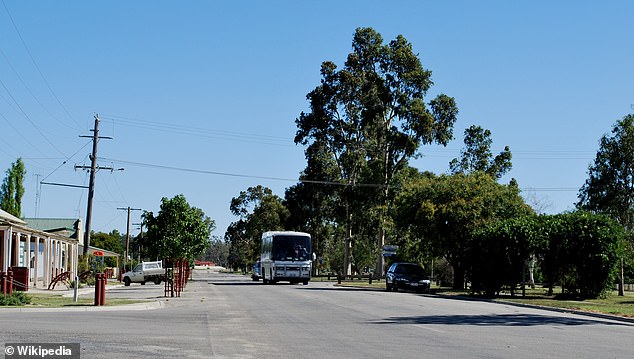