Mother-of-two stole train passenger’s suitcase containing £76,000 worth of designer clothes and jewellery after realising she was wealthy while they chatted on two-hour rail trip

By Jack Wright For Mailonline

A mother-of-two who stole a suitcase containing £76,000 worth of designer gear including Chanel and Cartier on a rail trip has avoided jail.

The 26-year-old thief then pretended that she was herself rich and had a cleaner before grabbing the suitcase as she left the train ‘in a moment of madness’.

Police traced Al Fahad, from Llanrumney, through her purchase of a train ticket at London Paddington and found the majority of the stolen items, worth £76,559.

A search of Al Fahad’s mobile discovered web searches for the items in the suitcase and photographs of herself wearing the items she had stolen.

But when questioned the rogue passenger said the suitcase was hers – and later claimed the luxury goods inside were counterfeit. 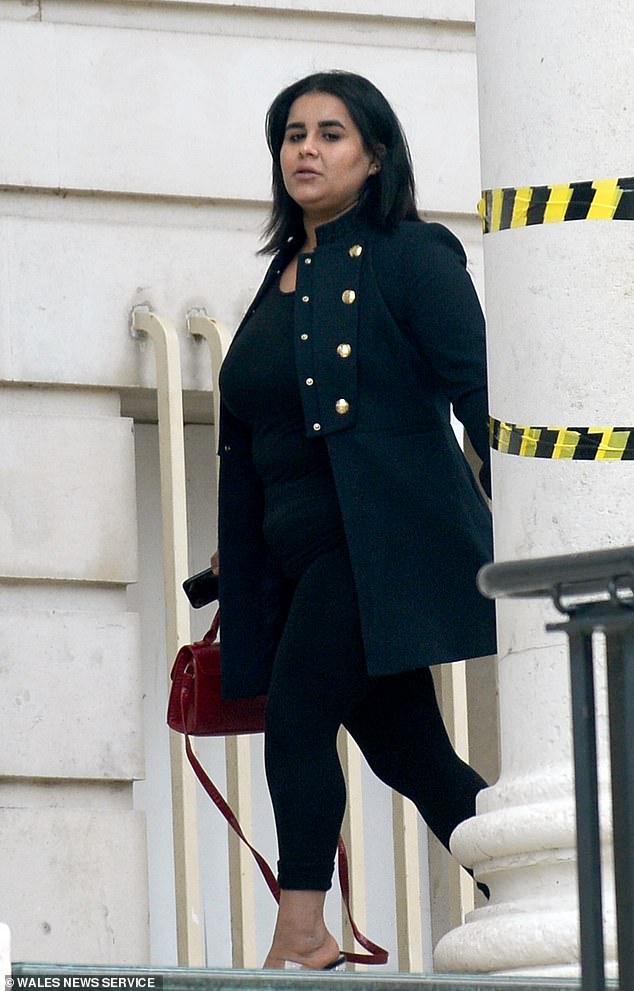 Hajar Al Fahad struck up a conversation on a 160-mile journey with female passenger Fatima Al Shatti from London Paddington to Cardiff. The 26-year-old pretended that she was wealthy before grabbing the blue suitcase as she left the train ‘in a moment of madness’ 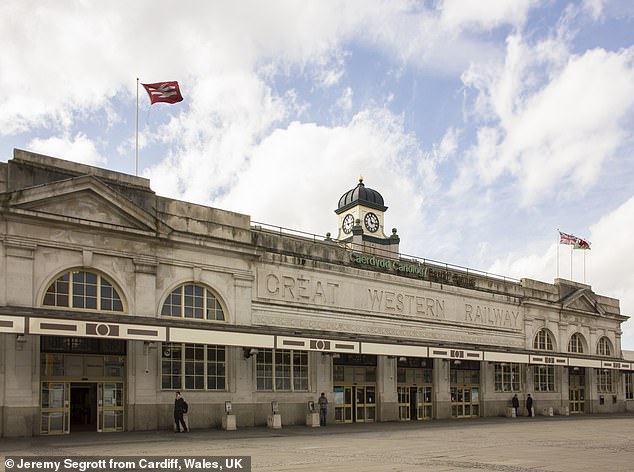 Al Fahad, 26, had been travelling from London Paddington to Cardiff Central (pictured)

A sentencing hearing at Cardiff Crown Court yesterday heard she struck up a conversation with Ms Al Shatti after helping her with her suitcases onto the train.

Prosecutor Andrew Davies said the victim noticed the defendant putting her smaller luggage on top of hers on the rack at the end of the carriage in September 2018.

They sat opposite each other and talked but had to leave the train due to a cancellation. When a replacement arrived Al Fahad helped Ms Al Shatti with her suitcase and arranged the luggage in the same fashion.

They then sat talking as the train pulled out of the station.

When the victim went to check on her luggage and to sit in a different carriage the defendant followed and continued to sit near her.

The court heard Al Fahad ‘added an element of fantasy’ to her conversation with Ms Al Shatti, claiming she was wealthy herself and had a cleaner. 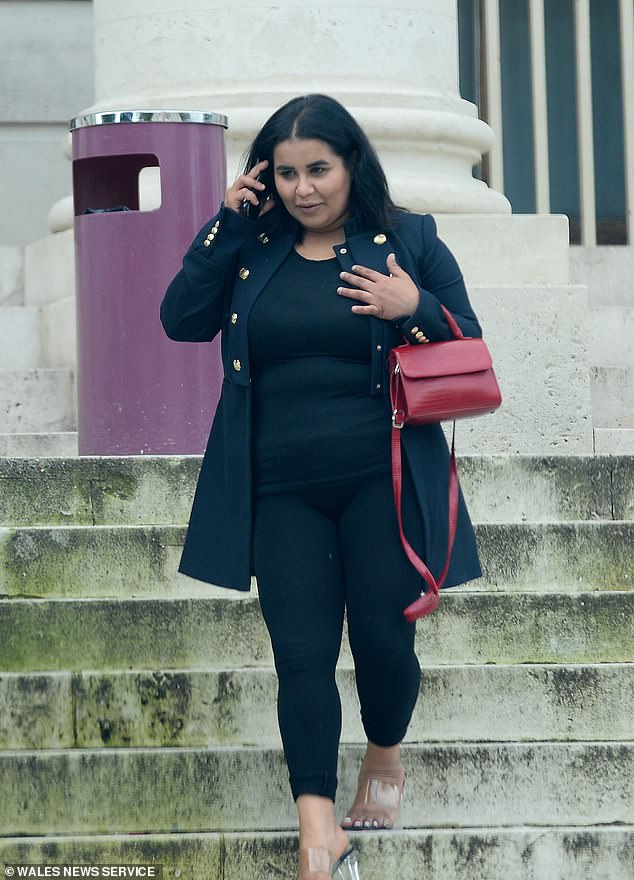 She told the victim she was having difficulty with a Barclays application which left her unable to pay the cleaner so Ms Al Shatti agreed to pay the defendant from her account. Al Fahad paid a sum to the victim’s account so she had her bank details.

Describing the theft, Mr Davies said: ‘At Cardiff the defendant got off the train and in doing so took not only her smaller luggage but the luggage of Ms Al Shatti. Ms Al Shatti did not realise her luggage had been taken until she arrived in Swansea.’

On November 12, 2018, officers attended the defendant’s address where they found the majority of the items from the suitcase, which came to a total value of £76,559.

Defence barrister Tim Petrides said Al Fahad was born in Kuwait and had moved to the UK aged six. He said she had two young children who would suffer if she was given an immediate custodial sentence.

‘She was trying to portray herself beyond her means and an element of fantasy came into the conversation,’ the lawyer told the court. 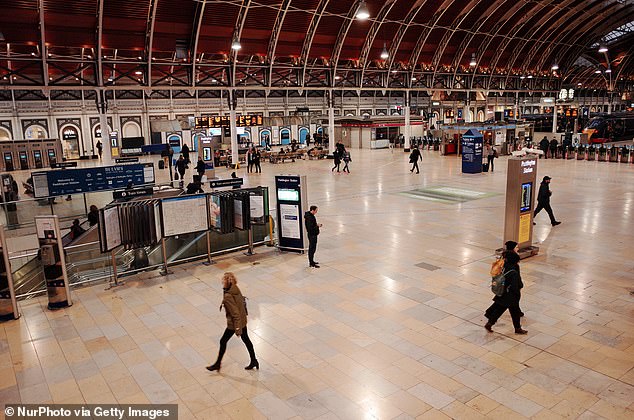 Al Fahad, 26, had been travelling from London Paddington (pictured) to Cardiff Central

‘She has described her actions as a ‘moment of madness’ and in her own words to me ‘sorry is not enough’.’

Judge Catherine Richards said she accepted Al Fahad did not set out to steal from anyone, but had carried out an opportunistic theft.

She added: ‘Why you took that decision that day is incomprehensible considering how much you stand to lose. You entered into a fantasy conversation with the victim and tried to represent yourself as something you were not.’

Al Fahad was sentenced to eight months in prison suspended for 12 months and was ordered to carry out a 20-day rehabilitation activity requirement and 150 hours unpaid work after admitting theft.