Nearly nine million eligible Americans have yet to receive their $1,200 stimulus check and have until October 15 to submit their information to IRS before losing out on the funds.

According to a report released Monday by the Government Accountability Office, 8.7million Americans have yet to file for the check seven months after the CARES Act made the money available.

The GOA, a nonpartisan congressional watchdog known as ‘the investigative arm of Congress’, estimates that many of those yet to receive the money are ‘low-income’ and most in need of the financial support.

They will need to use the IRS non-filer tool before the deadline or miss out. 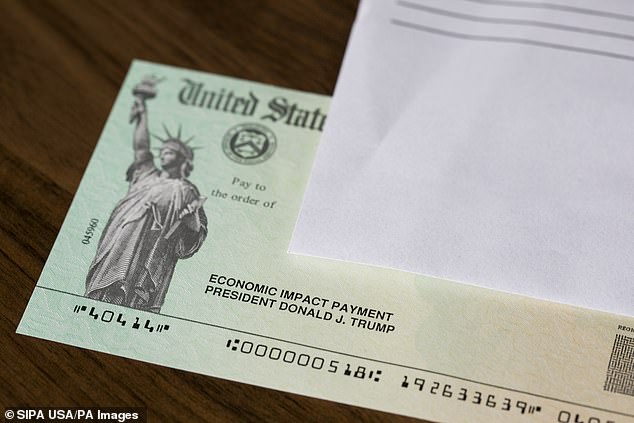 There are 8.7million eligible Americans still without a $1,200 stimulus check

In April, it was determined that the Treasury Department had no data for 14million people who were eligible for the money.

These people generally have an income so low they do not file taxes, or they don’t receive federal payments, and so the IRS had no information on where to send their checks.

An IRS online tool was established and the deadline was extended into October in an effort to give these million of people more time.

According to the GOA report, this included at least 5.3million non-filers who used the tool through July 31 but 8.7million have still yet to act.

The IRS and Treasury Department have not yet updated the numbers on how many eligible people have still to receive a payment, the report claims.

‘Without an updated estimate, the Treasury, the IRS, other federal agencies and IRS’ outreach partners are limited in their ability to appropriately scale and target outreach and communication efforts to individuals who may be eligible for a payment,’ it states.

The report added that there are a further 1.1million Americans who have been underpaid, again many of whom would be most in need of the money. 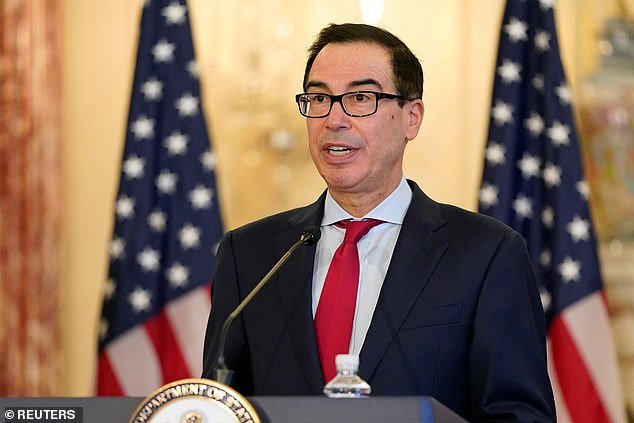 As the IRS grapples with getting all eligible Americans the last round of funds, Treasury Secretary Steven Mnuchin  in Tuesday signaled that the White House is willing to work on a COVID-19 relief bill despite the ongoing stalemate between Democrats and Republicans

This includes around 355,000 non-filers with children who never got their qualifying payment of an extra $500 per child; domestic abuse survivors who don’t have access to the bank account that the check was deposited to; and nearly 700,000 widows who never received a payment because their spouse died.

‘GAO recommends that Treasury, in coordination with IRS, update and refine the estimate of eligible recipients who have yet to file for an EIP to help target outreach and communications efforts,’ the report advised.

The deadline for filing for the $500 for dependents under 17 is September 30 but those who miss this deadline or the deadline for the main stimulus check on October 15 will be able to claim them as credits on next year’s tax return.

While some are still awaiting their check, the IRS has been working to reclaim the money it mistakenly sent to dead people.

Up to $1.6billion was sent by accident, of which 70 percent has now been returned.

The updated GOA report comes as Congress stalls over a further stimulus package.

The bipartisan spirit that birthed a $2trillion aid package in March has evaporated. Many Republicans cite deficits and debt and are simply wary of another Pelosi-brokered deal.

As the talks progressed, Senate Republicans made their proposal smaller, moving further away from Democrats.

On Thursday, House Speaker Nancy Pelosi vowed that nothing less than a package of another $2.2trillion would work.

President Donald Trump has also place pressure on his own party to accept a larger and more expensive package as he ‘want[s] to see people get money’. 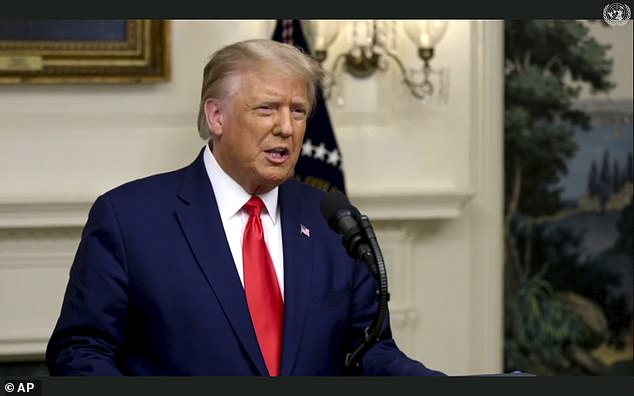 On Tuesday, Treasury Secretary Steven Mnuchin signaled that the White House is willing to work on a COVID-19 relief bill but the prospect of it being passed soon are slim with the election just over 40 days away.

The chance of a second stimulus check may be delayed further, however, as lawmakers have now become consumed with the debate over a Supreme Court vacancy following the death of Ruth Bader Ginsburg on Friday.

This was the third GOA report examining the implementation of the CARES Act and other pandemic relief actions.

The reports outline steps that Congress and the Trump administration can take on order to improve their response to the pandemic and to the economic troubles that have come with it.

‘Our report contains 16 new, concrete recommendations where timely and concerted actions by the Administration and Congress can help address the coronavirus crisis,’ said Gene L. Dodaro, Comptroller General of the United States and head of the GAO, in a statement.

‘If implemented, those suggestions have the potential to significantly improve the nation’s response to the current pandemic as well as strengthen preparations for future public health emergencies.’

Other suggestions included improvements on the ‘inconsistent’ advice given to schools on reopening.

They also advised that more action was needed in areas such as rent support. It cites the Census Bureau’s Household Pulse Survey that reported an estimated 46 to 51 percent of renters said they were unemployed from May–July 2020.

In July, an estimated 18 percent of renters did not pay their rent compared to 14 percent on May.