The 72-year-old was rushed to hospital from the exclusive Lascelles Grange building in Melbourne‘s affluent Toorak on Wednesday around 8pm after reports he had been seriously injured.

The man was taken by paramedics in a critical condition but died shortly after arriving at hospital.

Police have now set up a crime scene at the newly built complex on Orrong Road, as they investigate whether the elderly man’s death was suspicious. 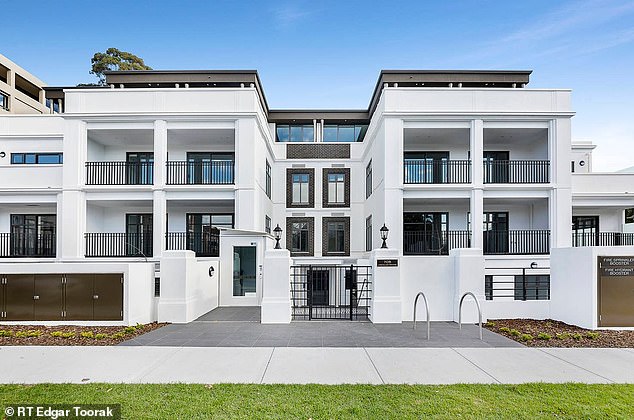 One worried resident said his evening was disrupted by ‘screaming and wailing’ from another apartment before the police turned up, the Herald Sun reported.

A 71-year-old woman known to the man was helping detectives with the investigation but has since been released by police.

Detectives are awaiting the results of a post-mortem to determine how the 72-year-old died.

Bags of evidence were pulled from the scene on Thursday morning as trauma cleaners arrived to assess the site.

The Lascelles Grange complex was only built in May and houses some of Toorak’s wealthiest.

The building boasts its own gym, 20 individual units as well as a $5million three-bedroom penthouse.

The cheapest apartment on offer is priced at $1.085million while the average price for two-bedroom units at the complex is $1.6million.

Anyone with information surrounding the man’s death is urged to contact Crime Stoppers on 1800 333 000.