The Northern Territory will open its borders to Australians from Greater Sydney next month, in a move that will put further pressure on hardline Queensland premier Annastacia Palaszczuk.

Chief Minister Mike Gunner said Sydney will no longer be classified as a coronavirus hotspot from October 9.

The decision will mean that all Australians except Victorians can enter the Northern Territory without quarantine, in huge boost for the territory’s tourism industry. 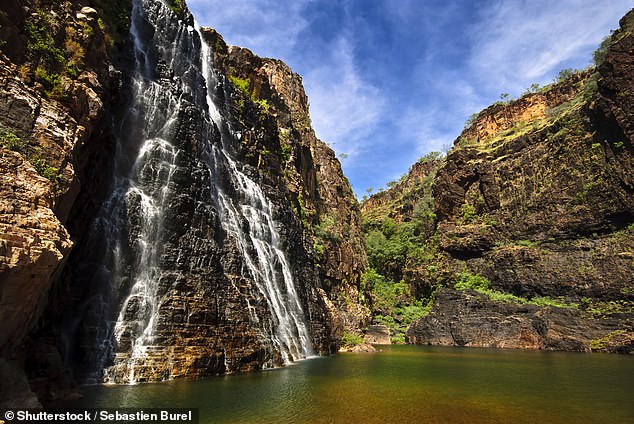 The Northern Territory will open its borders to Australians from Greater Sydney next month. Pictured: Twin Falls, Kakadu National Park

Mr Gunner said he made the decision because New South Wales has been so successful at suppressing the virus.

The move makes it harder for Ms Palaszczuk to justify her harsh border lockdown which keeps out residents of regional NSW and Canberra, which has not had any cases for 60 days.

Explaining his decision, Mr Gunner said: ‘First, there is now a sustained downward trend of new cases in Sydney over time, including seven straight days of 10 or fewer new cases.

‘Second, the contact tracing and containment system in New South Wales is superb. They are catching and containing the virus very quickly. It is not spreading.

‘Third, the level of testing being done, and the links of almost all new cases to known clusters, gives a high degree of confidence that there are no known outbreaks occurring.

‘For these reasons, the Northern Territory will plan to remove the hot spot status declaration for greater Sydney in 28 days’ time.

‘From Friday, 9 October, arrivals from greater Sydney will not need to undertake 14 are days of supervised quarantine. We are deliberately waiting another four weeks – two full replication cycles – so we can keep seeing the trend go down.’ 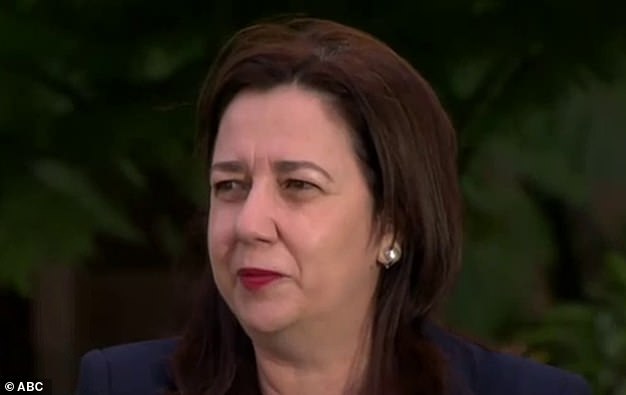 Tearful: Annastacia Palaszczuk welled up on national television this morning as she fronted the cameras for the first time since refusing to let a 26-year-old nurse attend her father’s funeral

Mr Gunner headed off anticipated criticism by telling locals that he has a good record at managing public safety.

‘Every time we make a decision, I get people calling me and emailing me, saying I’ve stuffed it all up, that it will end in disaster, that I will kill people. People have the right to think that, if they want,’ he said.

The Northern Territory has not had a case of coronavirus since August 1 and has only had 33 cases in total.

Mr Gunner is prepared for some cases and believes the territory will be able to successfully manage any small outbreaks.

‘There’s also the reality that we may end up with a case, or cases, here,’ he said.

‘But for people who come here, the controls need to be themselves, their behaviours, so we would advise people coming here from areas where there’s some cases, or outbreaks, but small numbers, such as Sydney, that maybe you consider not being close to people you haven’t seen for a good while.

‘In other words, kissing and hugging. In places like pubs and bars, which are wonderful places for us to be. But also to consider maybe not going and visiting vulnerable persons immediately, because there’s places such as aged care and residential disability care where people are susceptible to this virus.’