A Sydney family have been fined $112 for parking their car outside their house with their car windows wound down.

Richelle Amey’s husband Nick copped a road infringement while doing landscape work in the front yard outside his home in Caringbah in Sydney’s south on August 4.

The 34-year-old said her husband parked his ute across the road from their house with the windows wound down slightly when a policeman approached the car.

‘A cop yelled out to him while he was working saying “who’s car is this?”‘ Mrs Amey told Daily Mail Australia.

‘Nick said “it’s mine” then the cop yelled “I’m going to fine you for having your windows down” and Nick said “are you serious?” 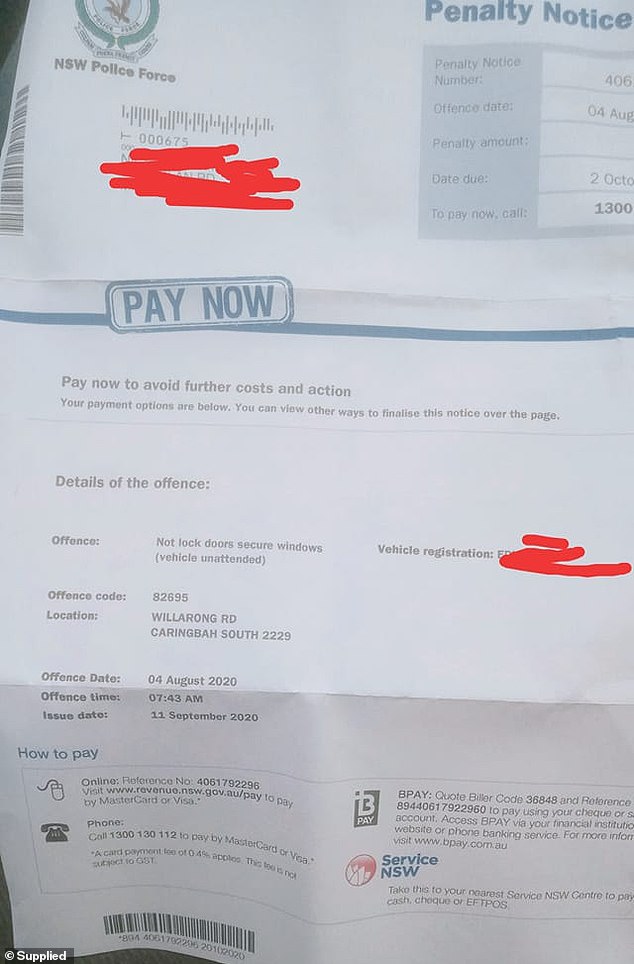 Mrs Amey said the policeman questioned her husband about what would have happened if he had left his wallet in the car.

‘Nick said “well, there’s not” and the cop said “I’m still going to fine you anyway”.

‘We got the fine in the mail and I was like “what the hell?” I couldn’t believe it.’

It wasn’t until after her husband was fined that Mrs Amey realised he had committed an offence.

NSW Road Rules state a driver can be fined for not ‘making a motor vehicle secure’ if they are more than three metres away from their car with their doors unlocked or windows down by as little as two centimetres. 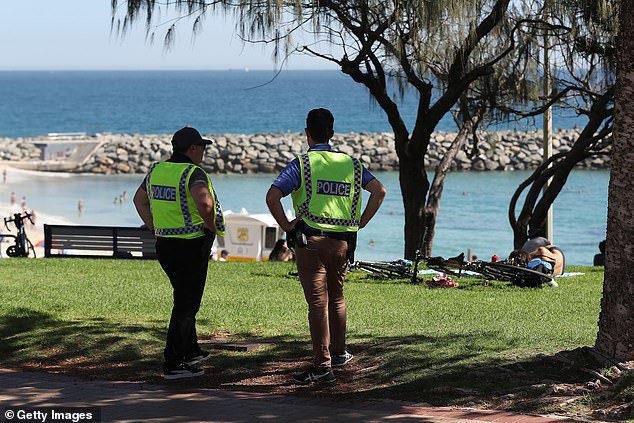 Mrs Amey said while her husband’s ute was in eyesight of where he was working, it didn’t stop them from escaping the law.

‘You have to be within three metres. You can’t even go to pay for petrol,’ she said.

Mrs Amey said there was no point in fighting the fine based on the ruling, but hoped to draw attention to the little known road rule.

‘A lot of people would do this without knowing,’ she said. ‘I’m merely warning people because I think it’s ridiculous.’