The first named victim of a devastating California wildfire that has so far killed 10 has been identified as a 16-year-old student who was ‘supposed to leave with his brother’ but couldn’t escape the flames.

Josiah Williams, 16, died in the North Complex fire that ripped through the community of Berry Creek in Butte County, California, this week.

His devastated family broke their silence to announce his death after several fraught days searching for the teen culminated in the discovery of his body.

This comes as the West Coast continues to be ravaged by almost 100 major wildfires that have scorched almost 4.4 million acres and killed at least 23 across 12 states.

The North Complex fire is now California’s deadliest blaze of the year with 10 people confirmed dead after Butte County sheriff’s deputies found seven bodies Thursday – one day after three other victims were discovered.

Fears are mounting that the death toll will continue to rise as officials warned at least 16 people are currently unaccounted for. 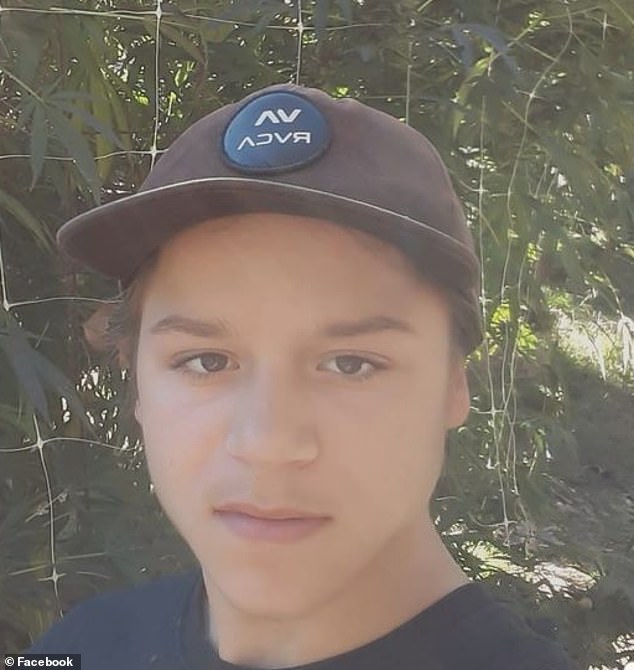 She said authorities confirmed his identity using his brother’s DNA after 10 bodies were found in the aftermath of the North Complex fire.

Zedaker said the family were struggling to come to terms with his death as the ‘outgoing’ and ‘kind’ high school student was supposed to flee the area with his brother.

‘He was supposed to leave when his brother did, but he didn’t. I have no idea why,’ she told the Bee.

Family members had been searching for Josiah for days and posted messages on social media asking for help in locating the missing boy who was last seen at the family home on Bean Creek Road.

Josiah’s mom Jessica Williams wrote on Facebook Wednesday that her son had not been seen since other family members escaped the blaze earlier in the week.

‘I’m asking for all the prayers to find my son Josiah Williams who is in the fire in butte county california he didn’t leave with his brother or dad and now berry Creek is burned where my sister is also stuck but please everyone my son is Missing and not to be found so please dear God help my family and find my son,’ she wrote. 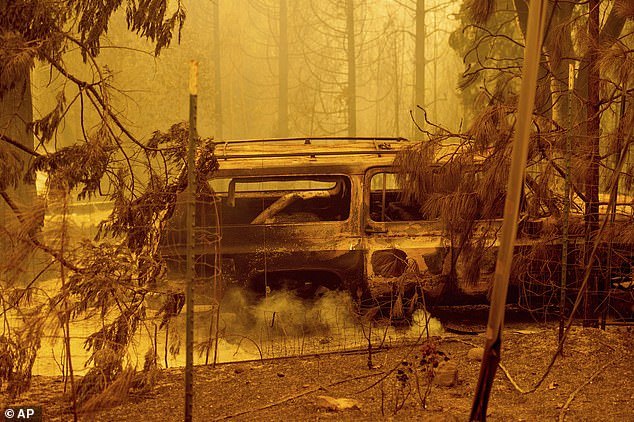 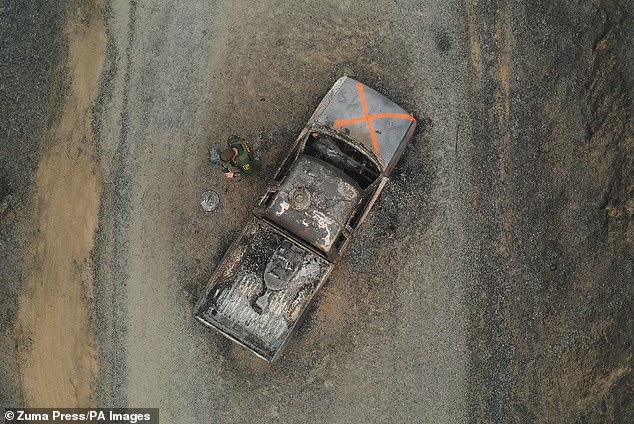 BERRY CREEK, CALIFORNIA: A Butte Sheriff officer checks on a vehicle that was burned in the Bear Fire near Lake Oroville in Northern California on Thursday 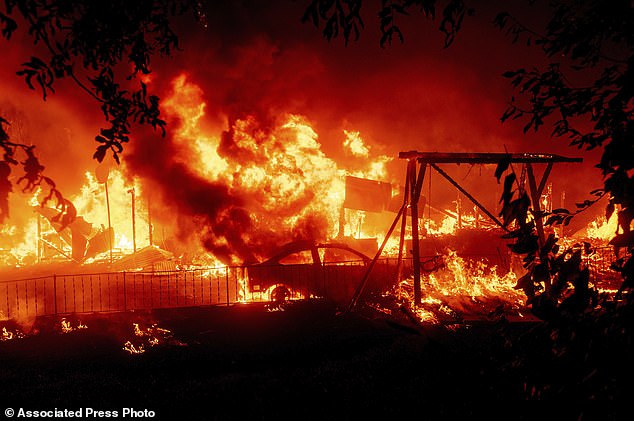 BERRY CREEK, CALIFORNIA: Flames consume a home and car as the Bear Fire burns through the Berry Creek area of Butte County, California, on Wednesday

Zedaker told the Bee Williams was flying out to California from Indiana Friday morning.

The grieving aunt paid tribute to her nephew as ‘a very smart kid.’

She also recounted how she had just minutes to evacuate her own home in nearby Hidden Springs Road when authorities told residents to flee the escalating blaze Tuesday.

‘We had like 20 minutes after they sent out the alerts,’ she said.

Her home was also destroyed in the fire along with all her belongings.

Authorities have not publicly identified the victims.

More than 2,000 homes and other buildings have been scorched in the North Complex blaze – which is now the deadliest fire the state has encountered this year. 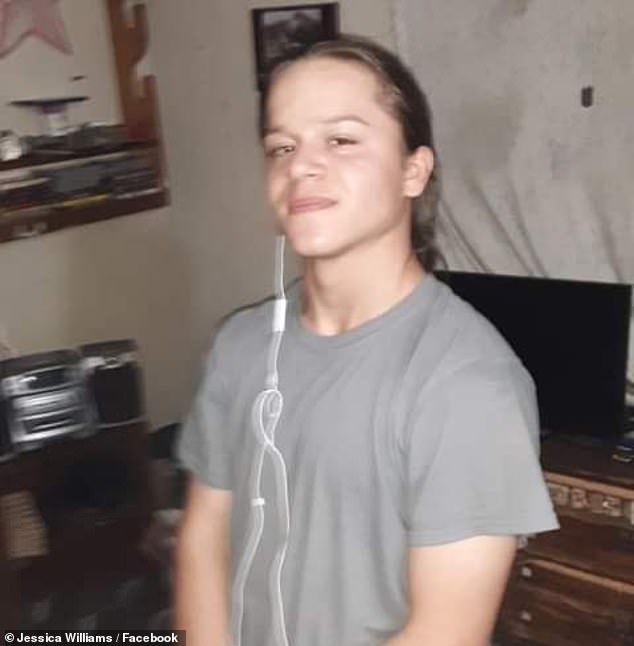 Josiah Williams, 16, died in the North Complex fire that ripped through the community of Berry Creek in Butte County, California, this week

The blaze in Butte County was first known as the Bear Fire before being renamed the North Complex West Zone as it grew and ravaged several communities.

Now the 10th largest in the record books, the North Complex was about 50 per cent contained when winds thrashed it into explosive growth on Tuesday, driving it through rugged Sierra Nevada foothills and destroying much of the town of Berry Creek.

The North Complex fire was advancing more slowly Friday after the winds eased and smoke from the blaze shaded the area and lowered the temperature, allowing firefighters to make progress, authorities said.

The blaze is just one of around 100 major fires burning through the West Coast and killing at least 23, with California, Oregon and Washington state hardest-hit.

California residents are comparing the Bay Area’s apocalyptic orange skies to scenes from Blade Runner 2049 while Los Angeles is suffering the worst smog in 26 years and its air quality has plummeted to the poorest in the world.

More than 500,000 Oregonians – 10 percent of the population – forced to evacuate after 1,400 square miles have been scorched statewide in the last week alone causing the major city of Portland to declare a state of emergency. 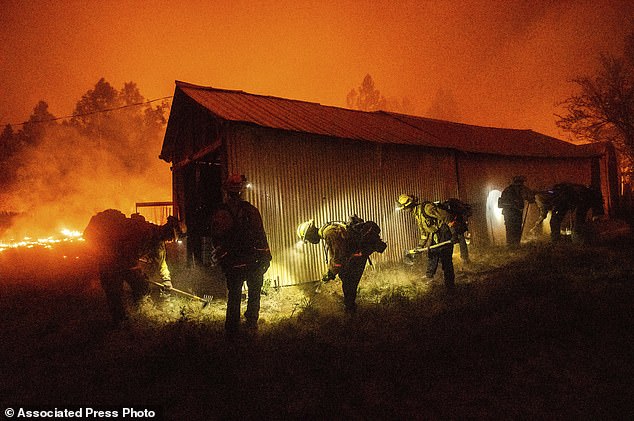 BERRY CREEK, CALIFORNIA: A hand crew clears vegetation from around a barn as the Bear Fire burns through the Berry Creek area of Butte County, California, on Wednesday 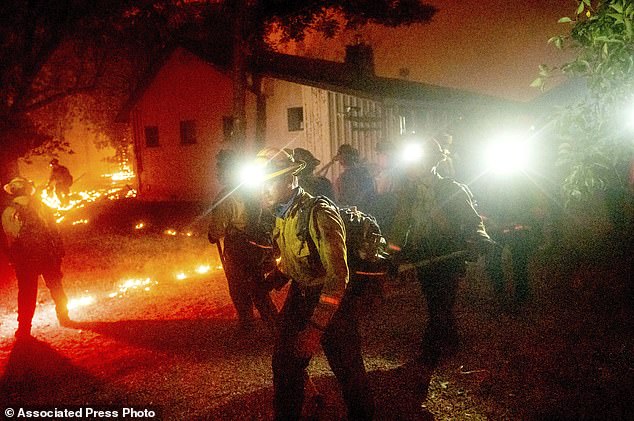 BERRY CREEK, CALIFORNIA: A hand crew works to save a home as the Bear Fire burns through the Berry Creek area of Butte County, California, on Wednesday 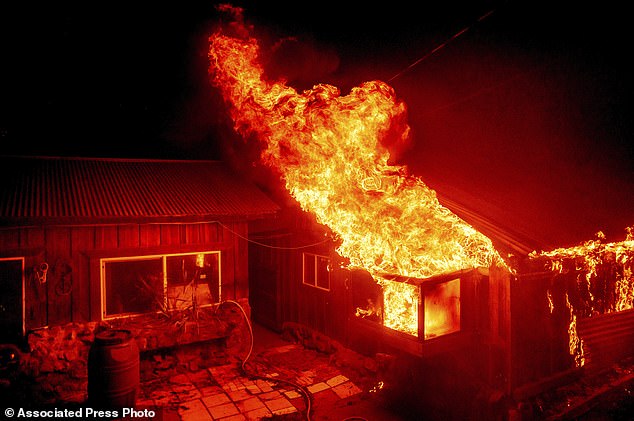 BERRY CREEK, CALIFORNIA: Flames shoot from a window as the Bear Fire burns through the Berry Creek area of Butte County, California, in Wednesday