Insta-grandad! Sir David Attenborough joins Instagram aged 94 to warn ‘the world is in trouble’ – as he amasses half a MILLION followers in two HOURS

By Antonia Paget For Mailonline

Sir David Attenborough has joined Instagram at the age of 94, launching his account with a stark warning that ‘the world is in trouble’.

The natural historian attracted more than half a million followers within two hours of joining the social media platform.

He said he was seeking new ways of reaching out to people as part of his lifelong campaign to halt climate change.

It comes ahead of the release of his new film David Attenborough: A Life On Our Planet, which launches on Netflix in October. 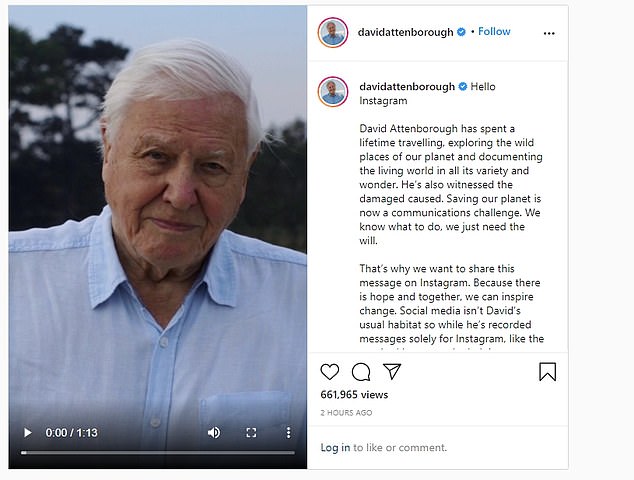 In an Instagram clip, posted under his new handle @davidattenborough, he warned about the dangers of climate change, earning him more than half a million followers in under two hours 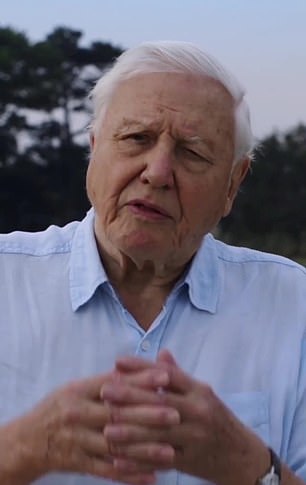 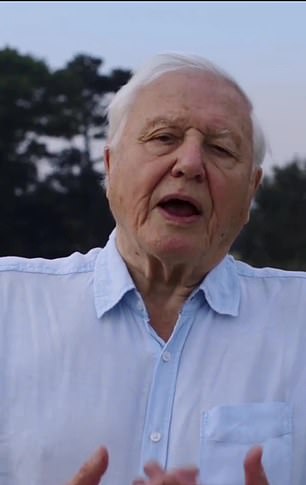 It comes ahead of the release of his new film David Attenborough: A Life On Our Planet, which launches on Netflix in October

The documentary film is being released alongside a book detailing Sir David’s career.

In the clip, posted under his new handle @davidattenborough, he said: ‘Hello my name is David Attenborough and I’ve been appearing on radio and television for the past 60 years but this is my first time on Instagram.

‘I’m making this move and exploring this new way of communication to me because, as we all know, the world is in trouble.

‘Continents are on fire, glaciers are melting, coral reefs are dying, fish are disappearing from our oceans, the list goes on and on.

‘But we know what to do about it, that’s why I’m tackling this new way for me of communication. 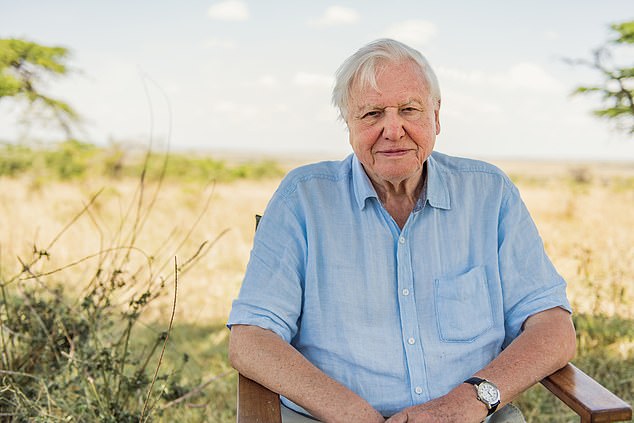 Sir David Attenborough, pictured, issued a warning about climate change ahead of the release of his forthcoming Netflix film A Life On Our Planet

‘Over the next few weeks I’ll be recording messages to explain what the problems are and how we can deal with them.

‘Join me or, as we used to say in those early days of radio, stay tuned.’

More videos explaining climate change problems and how humanity can join together to combat them are set to be shared in coming weeks.

Filmmakers Colin Butfield and Jonnie Hughes will be posting his video messages on the social media platform for him.

Alongside the clip, they posted: ‘David Attenborough has spent a lifetime travelling, exploring the wild places of our planet and documenting the living world in all its variety and wonder.

‘He’s also witnessed the damaged caused. Saving our planet is now a communications challenge. We know what to do, we just need the will.

‘That’s why we want to share this message on Instagram. Because there is hope and together, we can inspire change.

His launch on Instagram was praised by stars including tennis player Andy Murray, who commented: ‘Welcome to Instagram Sir David!’