Police in Indianapolis are looking for two armed men who shot and killed a mother of four during an armed robbery, injuring her husband and leaving their six-year-old son to call for help.

Wilma Hochstetler, 40, died on Thursday night after she and her husband Jonathan were attacked by the side of a road in the west of the city. 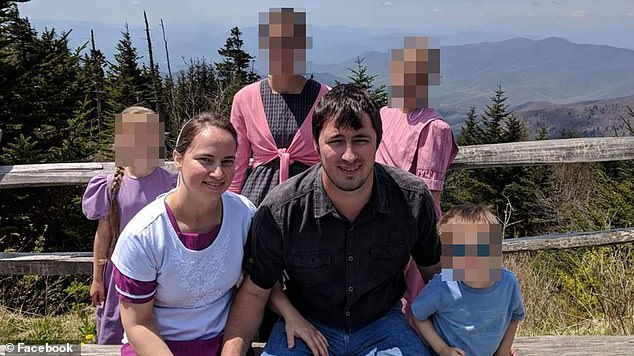 Wilma Hochstetler, pictured with husband Jonathan and their four children, died on Thursday 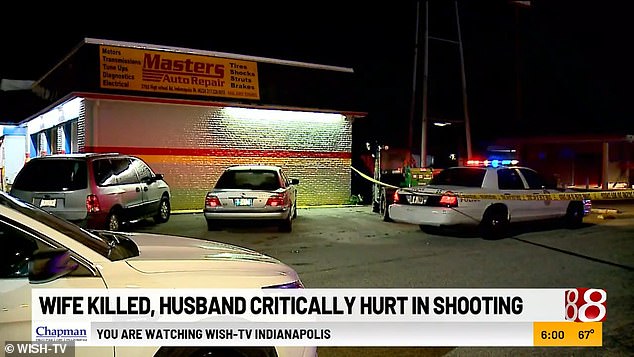 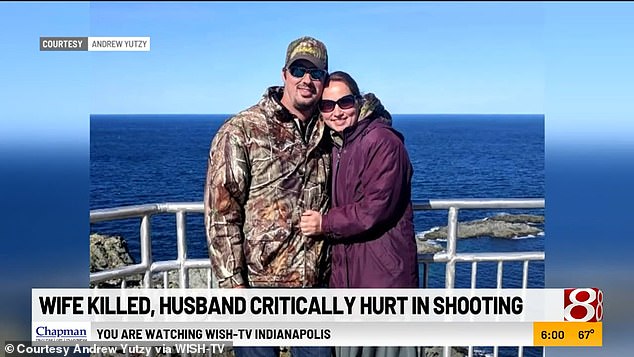 They had wallets and Wilma’s phone stolen, then the robbers turned to leave, and opened fire

Jonathan was away with work and driving home, when his tire blew, damaging a trailer light.

Wilma then drove from their home, with their six-year-old son Bradon, to Indianapolis to help him.

While the couple were working to repair the tire, at 1:50am, two men approached and held Wilma and Jonathan up at gunpoint, stealing Wilma’s phone and both of their wallets.

The gunmen turned to walk away, but then swiveled back and shot at them, killing Wilma and shooting Jonathan in the neck.

Bradon, who was cowering in their truck, then managed to find a cell phone and call 911. 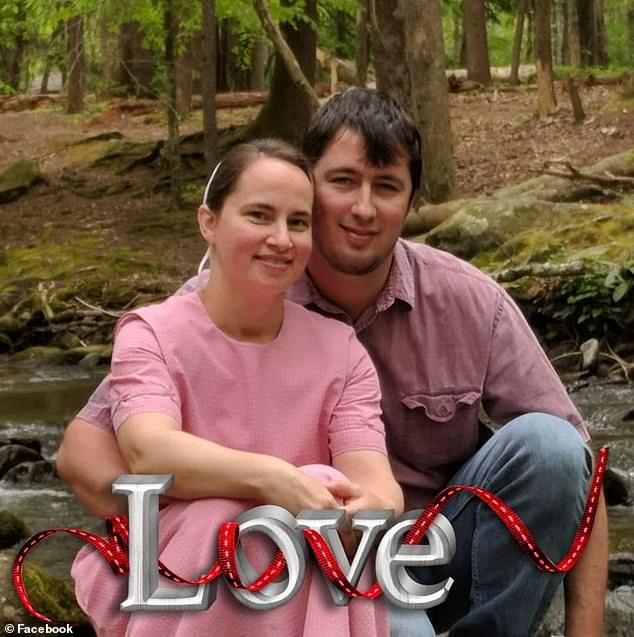 Wilma and Jonathan Hochstetler had met through a church youth group

Samuel Hochstetler, Jonathan’s father, said his son has had two surgeries, required fusion of three vertebrae, and is on a feeding tube.

He felt lucky not to be paralyzed.

‘He said I have no anger towards those men.’

Samuel said that he too forgave the two men who attacked them.

‘I extend forgiveness towards the two murderers,’ he told Fox 59.

‘My heart’s desire for them is that they would repent and fall on their faces before the Lord Jesus and cry out for mercy for their own soul’s sake.

‘Jesus would desire to give them a new heart and a new spirit.’ 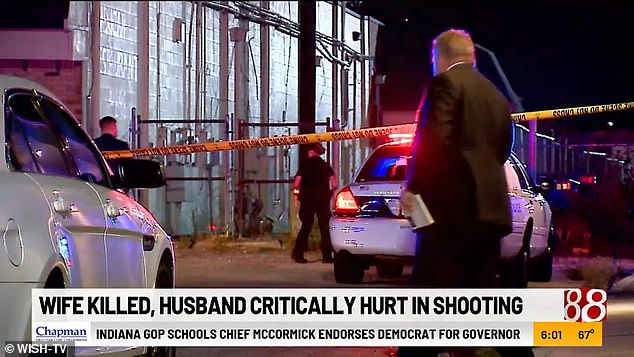 Police in Indiana are still searching for the two gunmen, who Jonathan says he forgives

‘They were in the same church and the same youth group, and I guess, they were both kind of shy people,’ he said.

‘Two shy people met each other and fell in love.

‘They were just always the people that were there with a smile, and literally, they would give the shirt off their back, if it would help you.’