Steve Harvey has jumped to his friend Ellen DeGeneres‘ defense after former disgruntled staffers claimed she fostered a toxic work environment at her daytime talk show.

Speaking to PEOPLE (The TV Show!), Harvey called Ellen ‘one of the coolest and kindest people I’ve met in this business’.

The Family Feud Host said that ‘people want to take something and make something out of everything,’ referring to the staffers that came forward with allegations that Ellen and her executives were cruel.

‘[Ellen] has no control over what every staff member does, what every producer does, you can’t control that. You don’t even know some of the stuff that’s happening.’ 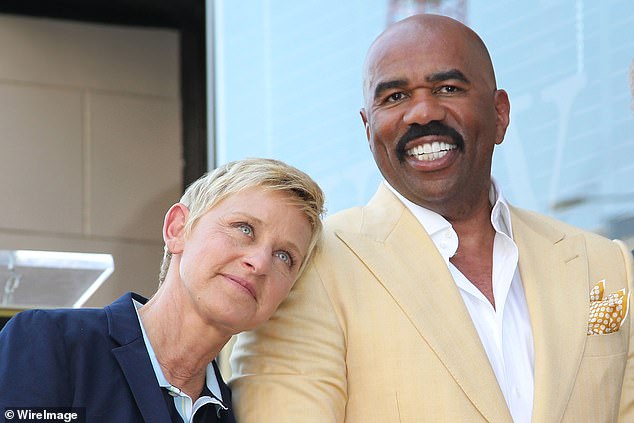 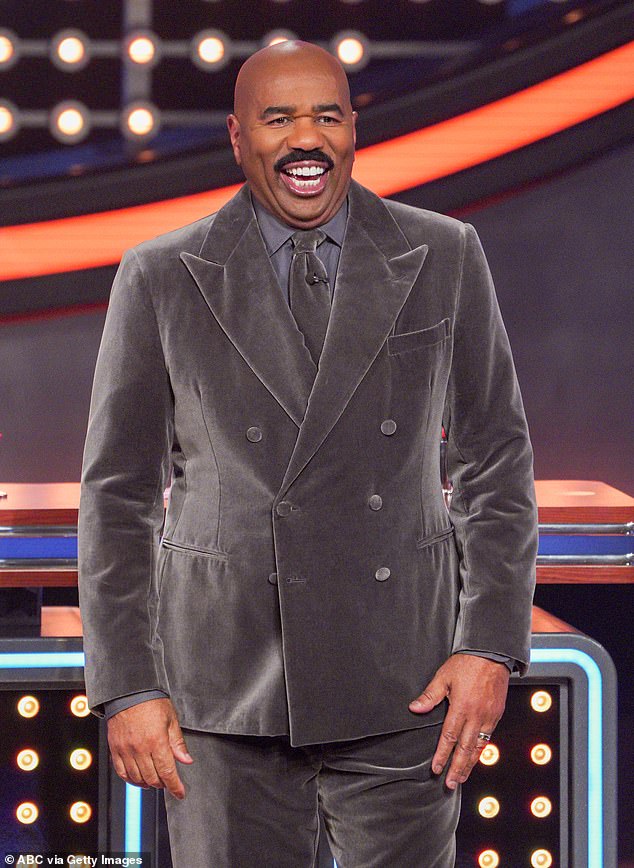 Speaking to PEOPLE (The TV Show!), Harvey called DeGeneres ‘one of the coolest and kindest people I’ve met in this business’

The claims of Ellen’s toxic work environment were revealed in July by one current and 10 former employees of the daytime talk show who accused the three executive producers, Ed Glavin, Mary Connelly and Andy Lassner, of ‘bullying.’ 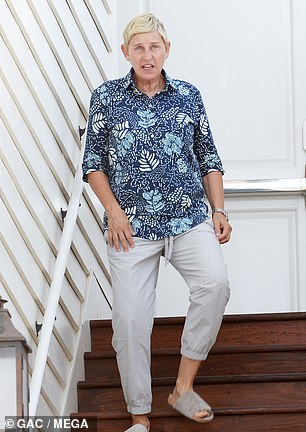 ‘I think Ellen’s going to be absolutely fine myself. I really do,’ Harvey added

Ellen came out with an apology after it was announced that her show was subject to a probe by WarnerMedia which will look into ‘staff experiences on set’.

Harvey said he understood that because it’s ‘[Ellen’s] name that’s on the show’ she had to ‘take the hit.’ He added that he would also take the blame if similar allegations were made on his talk show.

At the time, Ellen sent her staff a memo in which she wrote she was ‘taking steps… to correct’ issues with her employees.

‘On day one of our show, I told everyone in our first meeting that The Ellen Degeneres Show would be a place of happiness – no one would ever raise their voice, and everyone would be treated with respect. Obviously, something changed, and I am disappointed to learn that this has not been the case. And for that, I am sorry,’ Ellen said in the memo.

Harvey said that when the news first broke, he texted Ellen to ‘keep your head up’ and showed support.

And though there have been talks of Ellen stepping down from her show, Harvey said he thinks she’ll make a strong comeback when the new season premieres this fall.

‘I think Ellen’s going to be absolutely fine myself. I really do,’ he said. 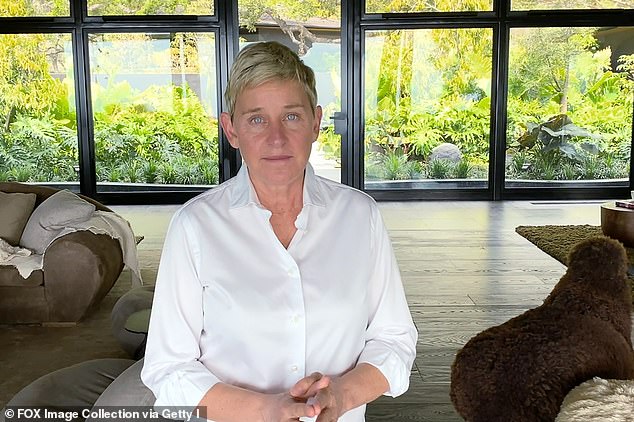 Harvey said that ‘people want to take something and make something out of everything,’ referring to the staff that came forward with allegations

Harvey went on to detail his longstanding relationship with Ellen, noting that she’s ‘the person that I’ve known for a number of years, that I saw back in the comedy club days, when we used to split time with the same management.’

He also said that he doesn’t believe Ellen has a ‘racist tendency’.

‘I’m a 63-year-old black man. I’ve been black the entire time. I ain’t took no days off. I ain’t experimented with nothing else. I ain’t got nothing else going. I’ve been a black dude my whole life. I know racism,’ he said .

‘If I have a conversation with you, I know if you got racist tendency somewhere in you, because it radiates. I can feel it. I’ve been around a long time, man. That’s not Ellen DeGeneres. That’s just not her, period,’ he added.

In addition to rumors that the notoriously kind Ellen is actually unfriendly, the show was rocked again when three dozen employees of the daytime talk show alleged that senior executives who work behind the scenes groped and kissed staffers, solicited one of them for oral sex, and were ‘handsy with women.’

They also claimed Ellen knew about the rumors and turned a blind eye.