Dumbo drivers! Trucker films his mate wearing a fancy dress ELEPHANT HEAD at the wheel as they both drive HGVs on motorway – as police say they face prosecution

This is the moment two lorry drivers larked about down the motorway as one filmed the other wearing a fancy dress elephant head while driving in a video for TikTok.

The clip, uploaded on August 6, is believed to be filmed on the M6 motorway near Carlisle in Cumbria.

However, their reckless antics for the sake of viral fame could end them up on the wrong side of the law. 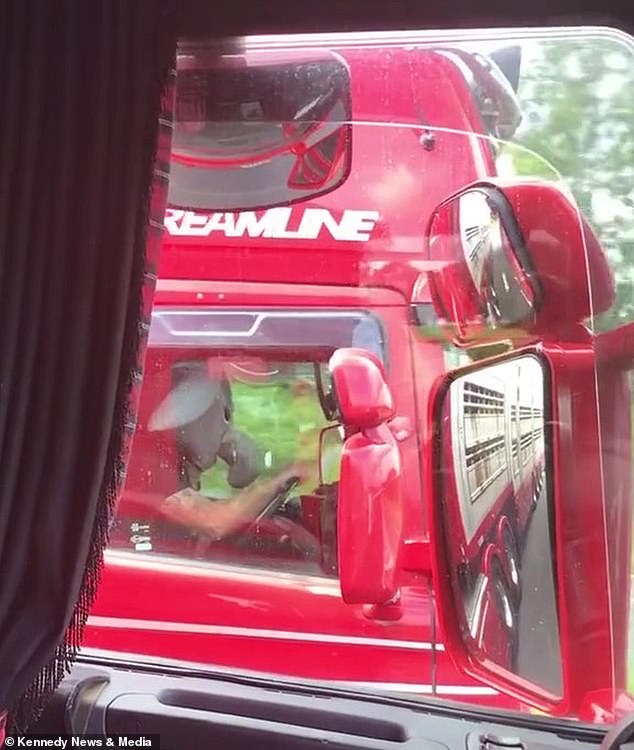 Police said they were making enquiries ‘to trace and prosecute both drivers’ who were transporting live cattle when the video was filmed.

The video shows a red HGV belonging to Martin O’Neill Transport Haulage driving down the motorway on the inside lane.

It is filmed by a second lorry driver who pulls up beside the driver’s window which shows the trucker wearing the elephant costume.

The furry head –  complete with giant trunk and ears – covers the driver’s entire head, but he looks over at his mate through the window twice before lifting his hands off the steering wheel.

Unperturbed by being filmed, the elephant mask-wearing driver puts his foot down and accelerates ahead of the filming lorry while in the inside lane. 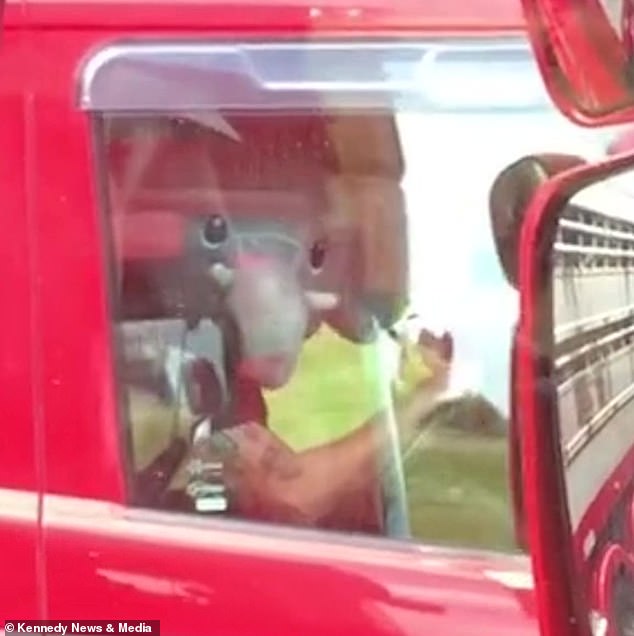 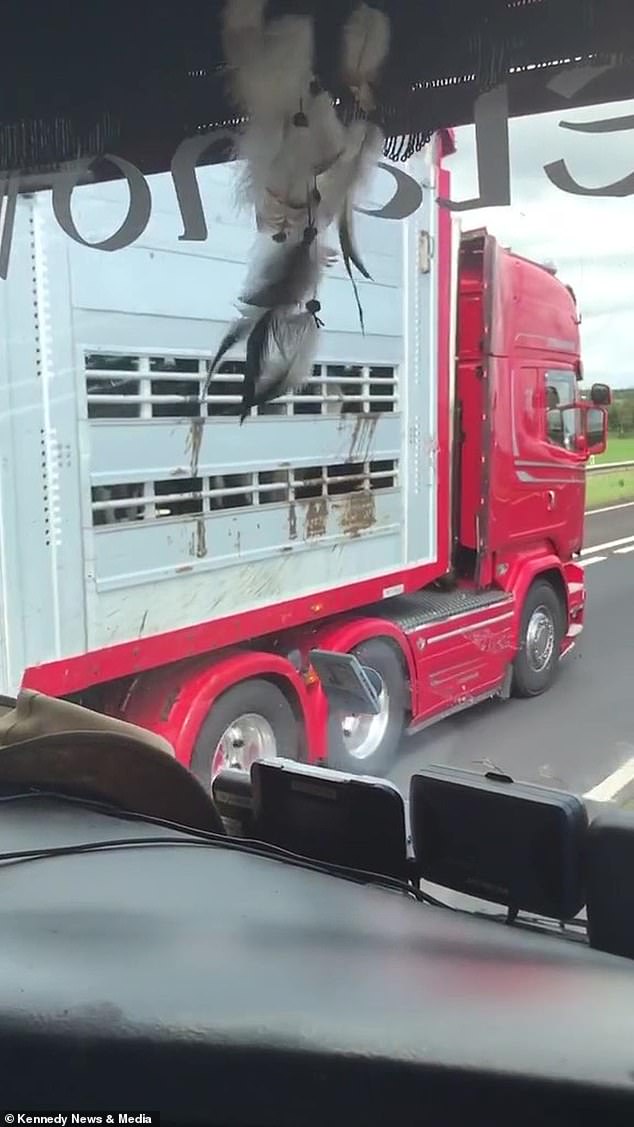 Cumbria Police said they were ‘making enquiries’ and the truckers could face prosecution. The pair were transporting live cattle when the video was filmed

The truckers appear to know each other as the clip shows the pair laughing and joking together.

Martin O’Neill, 36, owner of the haulage company based in Strabane, Northern Ireland, defended the antics and claimed that there was no law against wearing elephant masks while driving.

Mr O’Neill said: ‘I don’t think it’s against the law for a driver to wear an elephant mask. ‘I don’t see no law that you shouldn’t wear a mask.’

However Cumbria Police said they were ‘making enquiries’ and the TikTok-loving truckers could face prosecution.

A Cumbria Constabulary spokesman said: ‘Driving while distracted can have serious consequences. 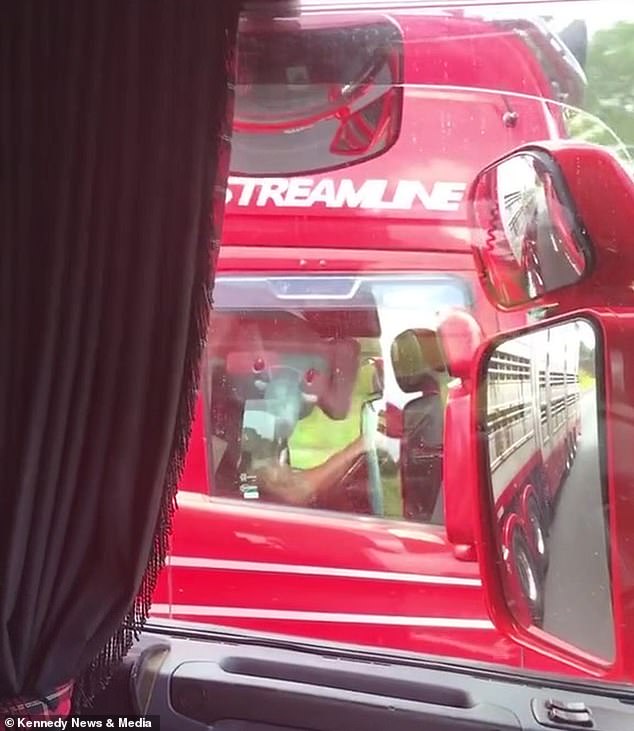 Martin O’Neill, 36, owner of the haulage company based in Strabane, Northern Ireland, defended the antics and claimed that there was no law against wearing elephant masks while driving

‘We would urge all drivers to concentrate on driving safely and behaving in a responsible manner while behind the wheel.

‘Officers from the Constabulary’s Mobile Support Group are making enquiries to trace and prosecute both drivers.’

After the video was uploaded to TikTok the uploader revealed that they were heading towards Annan, a town in Dumfries and Galloway, Scotland.

On the same TikTok profile, which features eight videos with red lorries adorned by Martin O’Neill Haulage signage, the uploader can also be seen filming more footage while driving his cab.

Other videos appear to show the drivers joking together at truck stops while another clip shows the second driver, without the elephant mask on, laughing through the window to his pal while giving him the middle finger.