Tony Blair and Sir John Major today joined forces to accuse Boris Johnson of ‘shaming’ Britain and ’embarrassing our nation’ over his plans to tear up parts of the Brexit divorce deal.

The two former prime ministers united to launch an attack on the current occupant of 10 Downing Street as they urged Parliament to block Mr Johnson’s plans.

Mr Blair and Sir John said the PM’s decision to try to override parts of the Withdrawal Agreement struck with the EU last year imperils the Irish peace process, trade negotiations and the UK’s integrity.

The EU has given Mr Johnson until the end of the month to withdraw his plans or face legal action, with trade talks also expected to collapse if the PM does not perform a U-turn.

But the Government has insisted it has no intention of backing town, putting Britain and the bloc on a collision course. 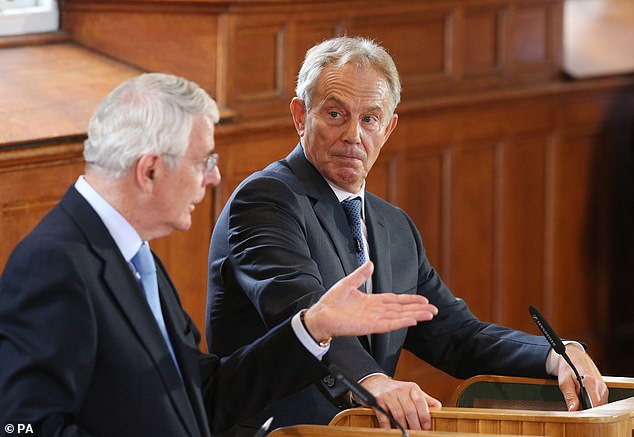 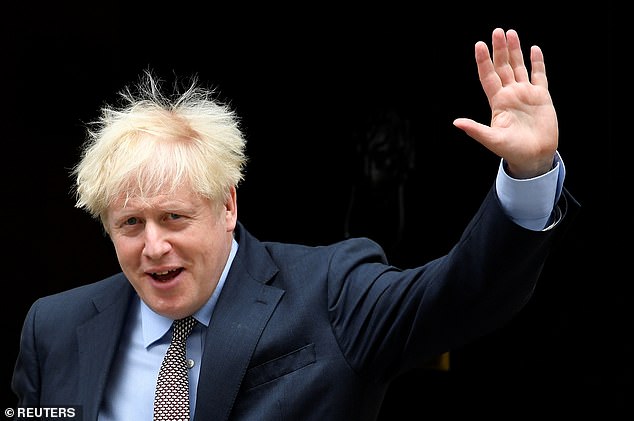 Mr Johnson is planning to override parts of the Withdrawal Agreement struck with the EU last year. The Government has admitted the proposals will break international law

The latest row with the EU was sparked by the publication of the Government’s UK Internal Market Bill.

The legislation, which the Government is hoping to crash through the House of Commons in the next two weeks, will enable the UK to unilaterally make decisions on key issues, like customs arrangements between mainland Britain and Northern Ireland, contained within the Withdrawal Agreement.

Brussels is adamant that the decisions must be made by a joint committee made up of people from both sides.

The Government has admitted its proposals will break international law, prompting fury from Mr Johnson’s political opponents but also from Tory backbenchers.

Writing in The Sunday Times, Mr Blair and Sir John said that what Mr Johnson is proposing to do is ‘shocking’.

They warned it will be impossible to ‘salvage’ Britain’s ‘credibility’ if ministers ‘so blatantly disregard our commitments the moment we sign them’.

The Government has argued that the proposals are necessary in order to protect the integrity of the UK and the Good Friday Agreement.

But Mr Blair and Sir John, two of the architects of the landmark peace accord, said the ‘Government’s action does not protect the Good Friday agreement – it imperils it’.

The pair of former PMs wrote: ‘We both opposed Brexit. We both accept it is happening. But this way of negotiating, with reason cast aside and cavalier bombast posing as serious diplomacy, is irresponsible, wrong in principle and dangerous in practice.

‘It raises questions that go far beyond the impact on Ireland, the peace process and talks on a trade deal, crucial though they are. It questions the very integrity of our nation.’

They added: ‘As the world looks on aghast at the UK, the word of which was once accepted as inviolable, this government’s action is shaming itself and embarrassing our nation.’

They said Mr Johnson’s ‘latest ruse’ had ‘misfired spectacularly and must stop now’ as they urged Parliament to reject the PM’s plans.

Sir John had warned last week that Mr Johnson’s proposals could cost the UK its ‘reputation for honouring the promises we make’.

The former PM said: ‘For generations, Britain’s word – solemnly given – has been accepted by friend and foe. Our signature on any treaty or agreement has been sacrosanct.

‘Over the last century, as our military strength has dwindled, our word has retained its power.

‘If we lose our reputation for honouring the promises we make, we will have lost something beyond price that may never be regained.’