Australia’s top airlines and travel agents are publicly pleading for Queensland’s borders to open so they don’t go broke.

Rival travel agents Helloworld and Flight Centre have joined Qantas and Virgin to ask for state borders to be immediately opened to save their businesses.

The quartet are launching a four-week publicity campaign in Queensland as politicians begin campaigning for the upcoming state election on Saturday, October 31. 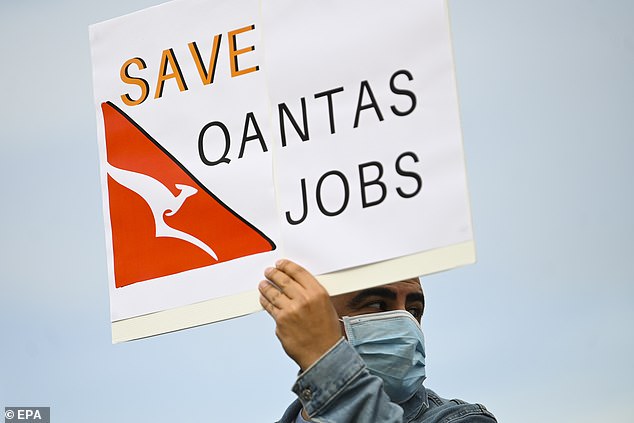 Pictured: A Qantas employee protests outside Parliament House in Canberra earlier this month. Qantas has joined Virgin, Helloworld and Flight Centre to campaign for open borders

Flight Centre founder Graham Turner said it was meaningless to talk about business survival and recovery without open borders and free trade between states.

The travel agency has been crushed by the collapse of international travel and state border closures due to the coronavirus pandemic.

Mr Turner said borders needed to be opened immediately for any recovery plan.

‘A travel and tourism restart will be the key to Queensland coming out of the depths of the current recession,’ Mr Turner told the Courier Mail.

Rival travel agency Helloworld has joined the push, with chief executive Andrew Burnes saying they had cut jobs from the equivalent of 2000 full-time positions in February to 600. 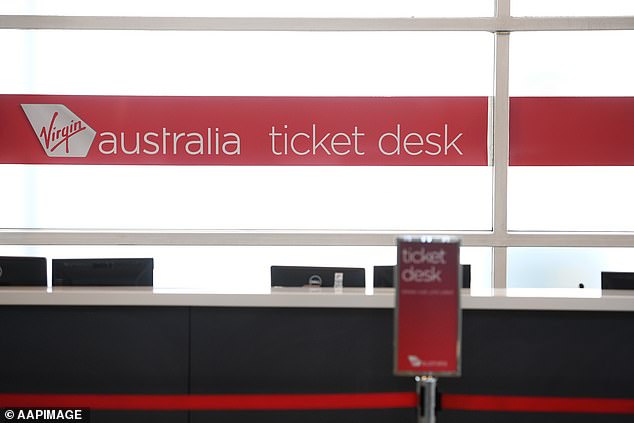 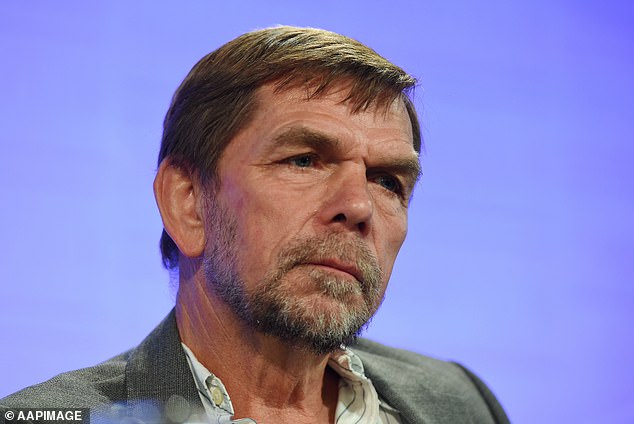 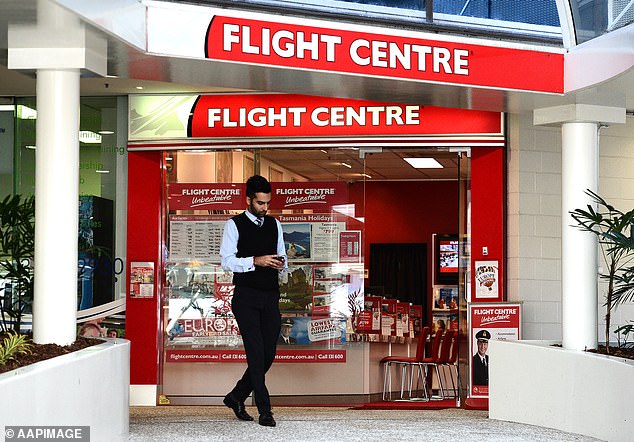 Mr Burnes said Australia would be facing 20 per cent unemployment in March if nothing was done, and he couldn’t see why low-case states Western Australia, Tasmania, South Australia, the ACT and Queensland didn’t at least have their borders open to each other.

Australia’s tourism industry is estimated to be losing up to $10 billion every month during the pandemic, made up of $6 billion in domestic tourism and $4 billion in foreign visitors.

As many as 532,000 jobs and up to $21.3 billion in wages and salaries have been so far lost across the country, Nine News reported.

Virgin Australia chief executive officer Paul Scurrah said Australia had ‘lost context’ in its coronavirus response and asked for the government to consider opening borders where there is low risk between cities.

Tigerair emailed a statement to customers on Thursday saying how hard the decision had been. 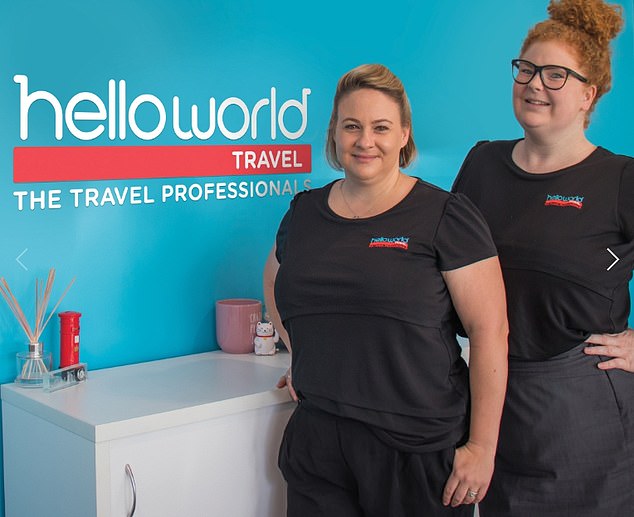 Helloworld travel agency says they have cut jobs from the equivalent of 2000 full-time positions in February to 600.

‘There is no denying these are tough times for everyone in the travel and tourism industry,’ the statement said.

The Sunday Mail revealed there are now discussions between NSW and New Zealand about a travel bubble.

The national carrier has started a petition called ‘Safely Open Our Borders’ which calls for a shared definition of a coronavirus hotspot so states can standardise their decisions on border closures.

Mr Joyce said there was hope in a new breathalyser coronavirus scanner being tested at US airports.

The BBC reported in June that Professor Gabby Sarusi of Ben-Gurion University of the Negev in Israel is developing a breathalyser test to detect coronavirus, however it is not expected to be ready until next year. 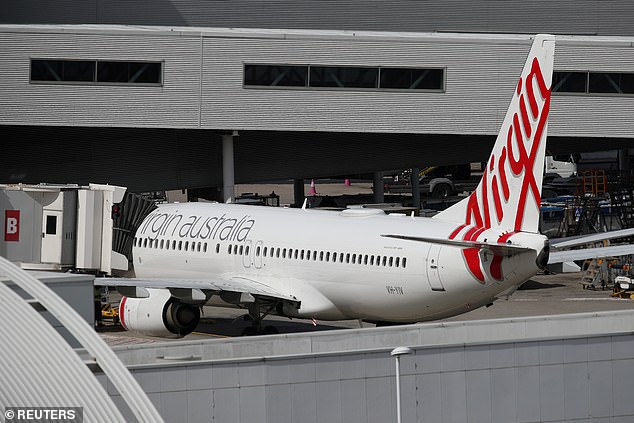 ‘They are grandparents who haven’t seen grandkids, they are people who can’t go and visit relatives, they are families that have been separated for months,’ he said.

Mr Joyce said the New South Wales suppression strategy of tracking and tracing was successful in minimising the virus spread while allowing life to go back to normal.

Christmas is just over three months away and Mr Joyce said this landmark holiday would be emotional for people if they were not able to visit loved ones.

Qantas has shed more than 20,000 employees since April as the pandemic hit the airline industry with lockdowns and border closures.

The debt issuance was oversubscribed and Qantas said on its website that this ready access to funding sources reflected the strong position of the national carrier.

Business lobby groups have increasingly been putting pressure on state and federal governments to lift coronavirus restrictions so that business can return to normal.

Epidemiologists, however, have warned that lifting restrictions in hotspots such as Victoria too soon could simply lead to a resurgence of the virus and a return to economically devastating lockdowns.