How locals are being STOPPED from searching for a missing autistic boy, 14, because of Victoria’s COVID-19 restrictions

By Kelsey Wilkie and Kylie Stevens For Daily Mail Australia 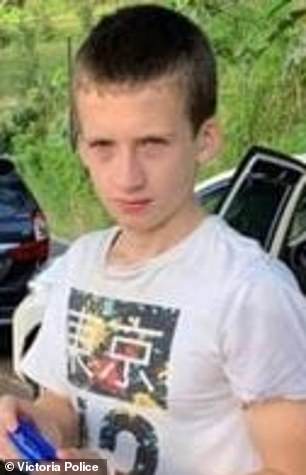 Volunteers hoping to help in the search for an autistic boy who went missing in dense bushland have been asked to stay home due to coronavirus restrictions.

William Wall, 14, was last seen heading out for his daily jog along the Yarra Ranges’ Warburton Trail at 6.45am on Tuesday, promising his family he would be back in 15 minutes.

But he never returned to his home in Launching Place.

William’s distraught father Shane issued an emotional plea as police and State Emergency Service volunteers beagn scouring bushland and difficult terrain from the air and on the ground.

‘I just want him home, as simple as that,’ he told Nine News as he fought back tears.

‘Just get home. That’s all I want and be well.’

‘At the moment, everyone’s hoping that he’s going to be okay,’ he said. 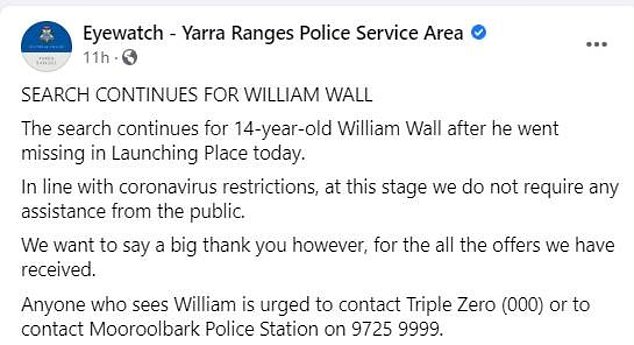 Police have advised volunteers to stay home saying: ‘At this stage we do not require any assistance from the public’

‘If he’s held up somewhere, just stay bloody warm. I just want him to reach out to someone if he sees someone. He doesn’t have his phone on him.’

The teenager’s family told police it was ‘very unusual’ for William not to return home.

But as the search entered its second day, police have advised volunteers to stay home.

‘In line with coronavirus restrictions, at this stage we do not require any assistance from the public,’ a post on the Eyewatch Yarra Ranges Police Facebook read. 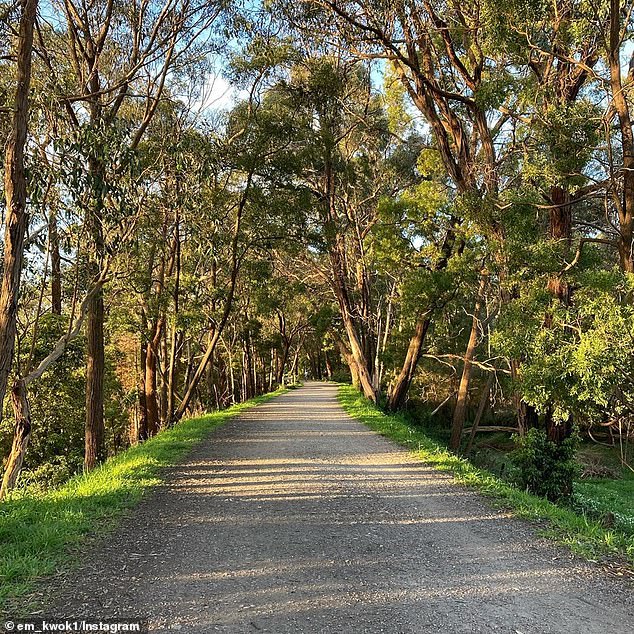 The teenager went out for his daily morning jog along the Warburton Trail (pictured) around 6.45am Tuesday morning but hasn’t been seen since

‘We want to say a big thank you however, for the all the offers we have received.’

While William is autistic, he can communicate verbally.

He’s described as 177cm tall, being of slim build, having mousy brown hair and a lazy right eye.

He was last seen wearing a dark hoodie, dark-coloured track pants, black running shoes and had a hydration pack across his chest.