Wealthy BLM protester, 20 – inspired by Stalin – wanted to occupy luxury NYC homes vacated during COVID and fight off cops by throwing bricks at them from the roof

The wealthy white woman who was accused of rioting in Lower Manhattan had plans to take over luxury apartments abandoned by affluent white New Yorkers, defending them by tossing bricks off the roof.

Clara Kraebber, the 20-year-old whose parents own a $1.8million co-op on the Upper East Side, planned to build a ‘BLM focused’ network for ‘wealth redistribution’ in notes seized by law enforcement last week, the New York Post reports.

Kraebber has been hiding out at her family’s farmhouse home in Litchfield County, Connecticut, since she was accused of being a part of a crew of window-smashers during peaceful Black Lives Matter protests. 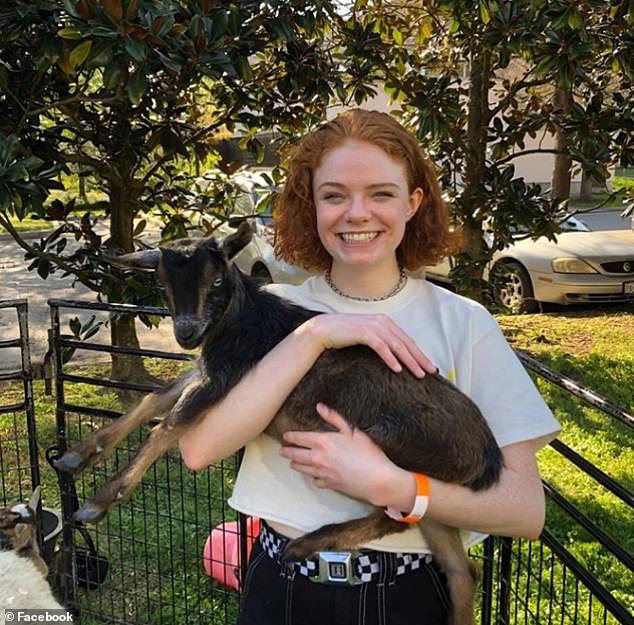 EXCLUSIVE: As protestors take to the streets of New York, a small group of troublemakers are seen smashing windows. We know of at least 8 arrests tonight. One store worker says he understands the protests, but doesn’t get the destruction of property – 11p @NBCNewYork pic.twitter.com/vr4z76ZqQn 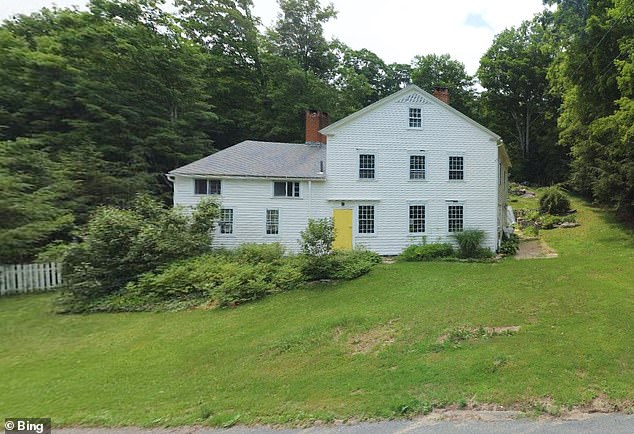 She has been hiding out at her family’s farmhouse in Litchfield County, Connecticut, since being accused of vandalism during peaceful BLM protests

The destruction caused roughly $100,000 in damages to at least five banks, two Starbucks and a Duane Reade pharmacy.

Kraebber’s notes do detail wearing ‘casual attire’ before changing into black at the demonstrations and monitoring police radio frequencies, according to sources familiar with the matter.

Included in the notes are a ‘revolutionary strategy’ that praises the work of Soviet dictator Joseph Stalin and Communist revolutionary Leon Trotsky, law-enforcement sources shared.

‘These are domestic terrorists looking to turn New York City into another Portland and Seattle,’ said one source. ‘This is a planned conspiracy and the FBI should be investigating.’ 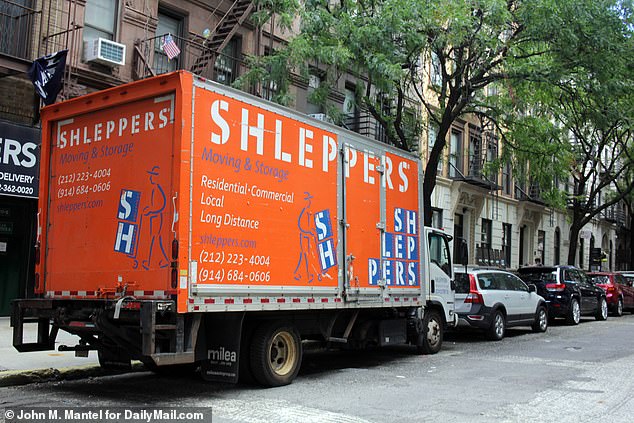 Kraebber was interested in the ‘HUGE number of empty units’ in ‘white flight apts, new luxury buildings’ and had plans ‘study tactics of clearing buildings.’ Moving trucks in the Upper West Side, where many affluent New Yorkers have been fleeing 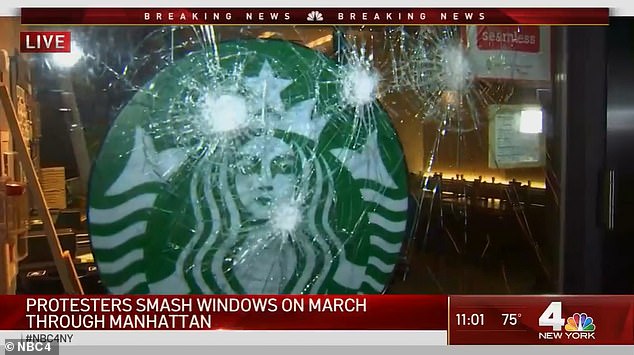 Kraebber and others are accused of vandalism during a BLM protest. Destruction was roughly $100,000 in damages to at least five banks, two Starbucks and a Duane Reade pharmacy

While the protest had been sponsored by the New Afrikan Black Panther Party and the Revolutionary Movement, Kraebber and the others busted with her are white and come from privileged backgrounds.

She had participated in rallies in the past, demonstrating in Manhattan on 2014 to protest the police killing of Mike Brown in Ferguson, Missouri.

‘We don’t have much political power right now, being youths, but this is something we can do,’ she explained to the New York Times at the time.

Kraebber was interested in the ‘HUGE number of empty units’ in ‘white flight apts, new luxury buildings’ and had plans ‘study tactics of clearing buildings.’ 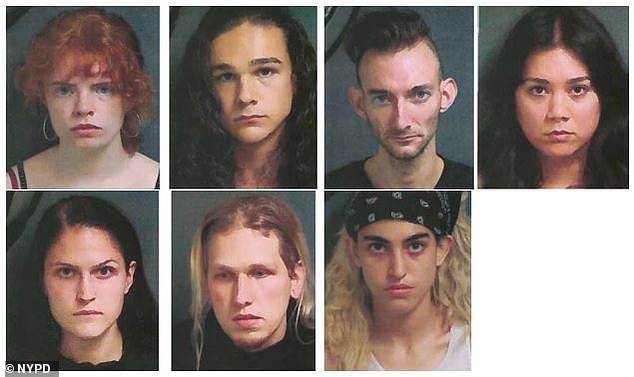 Notes mention references to ‘scouts’ to find vacant apartments and locksmiths to help break into the homes. They also mention need to ‘prep for SWAT-style eviction efforts’ through the use of ‘barricades’ and ‘bricks on roofs as weapons,’ according to sources.

One August 21 page titled ‘Revolutionary Strategy’ includes the note ‘Stalin – defend USSR at all costs’ and ‘Trotsky — United front of all working class but don’t let capitalists in,’ sources said.

Sources say that notes mention the Spanish Civil War, and a declaration ‘failure of leadership’ led to the end of the revolution of 1936.

‘Some think actual revolution will be lead by more deliberate leadership,’ Kraebber said in her notes, according to sources.

Kraebber was once a fan of then-US Rep Beto O’Rourke’s 2018 bid to unseat Senator Ted Cruz and had donated $121 to the Rice Young Democrats PAC, but she had since declared her disdain for mainstream liberal politics.

‘Anyone who f–ks with Democrats can’t be leadership,’ she stated.