By Emily Crane For Dailymail.com

A woman who accused a University of Wisconsin-Madison football player of sexual assault is suing the school over its decision to reverse his expulsion and allow him back on the team after he was acquitted.

Quintez Cephus was accused of sexually assaulting two 18-year-old women on the same night when they were drunk at his apartment in April 2018.

Cephus was expelled from the university following an investigation that concluded he ‘more likely than not’ assaulted the two women.

He was acquitted of second and third-degree sexual assault charges following a jury trial last year.

Cephus was readmitted to the university the following month and rejoined the Wisconsin Badgers football team.

A woman who accused Quintez Cephus of sexually assaulting her is suing the University of Wisconsin-Madison for reinstating him after the charges were dropped. Cephus was drafted by the Detroit Lions in the fifth round this year

The Detroit Lions selected Cephus in the fifth round of the NFL draft earlier this year and signed him to a four-year contract.

One of the women who accused him of assault has now filed a lawsuit in federal court in Madison this week against the school.

She has accused the university and Chancellor Rebecca Blank of ignoring state and federal law by shutting her out of the process that allowed Cephus to be readmitted and return to the team.

The woman claims it has violated the federal gender equity law known as Title IX, which is the federal law requiring colleges to quickly respond to sexual misconduct reports.

‘Such gender bias and deliberately subjecting a female student to a known hostile educational environment in the interest of football is exactly the types of discrimination that Title IX was designed to prevent,’ the lawsuit states.

University spokeswoman Meredith McGlone said the university is aware of the lawsuit but doesn’t comment on pending litigation. 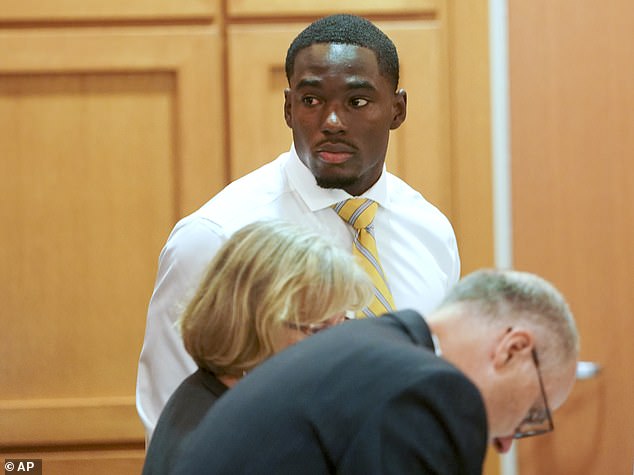 Cephus was accused of sexually assaulting two 18-year-old women on the same night when they were drunk at his apartment in April 2018. He was acquitted of second and third-degree sexual assault charges following a jury trial last year

The lawsuit doesn’t mention Cephus by name and refers to him as Player 1.

The facts of the case in the lawsuit are identical to those involving Cephus and his roommate Danny Davis.

The two women accused Cephus of sexually assaulting both of them in his apartment when they were too drunk to consent.

Cephus maintained the sex was consensual and that one of his accusers arranged the encounter.

The woman is being represented by prominent Colorado-based attorney John Clune.

He represented Deborah Ramirez who accused U.S. Supreme Court Justice Brett Kavanaugh of exposing himself to her in the 1980s.

Clune also represented a woman who accused then-NBA star Kobe Bryant of sexual assault in 2004 and took on Florida State University in 2015, alleging the school failed to protect a former student who accused quarterback Jameis Winston of raping her. The university settled for $950,000.

He won an undisclosed amount in a settlement with Baylor University after filing a lawsuit in 2017 on behalf of women who claimed at least 31 football players committed more than 50 acts of rape in a four-year span. 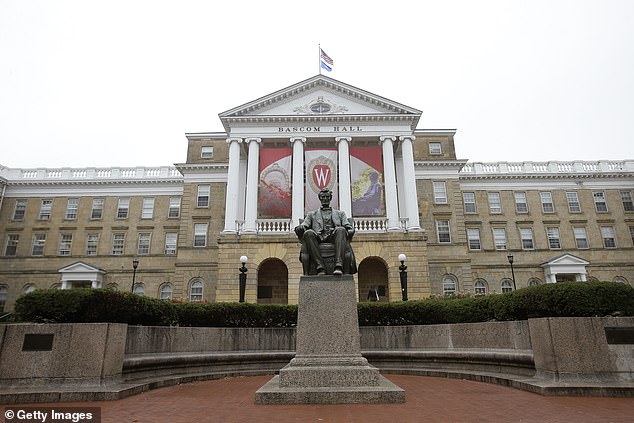