Lactose intolerant mother, 46, says she can eat only soup, mashed potato and baby food after surgery to remove her teeth let her unable to find dentures that fit

By Aliki Kraterou For Mailonline

A mother says she been left in agony and able to eat only soup, mash potato and baby food after surgery to remove her teeth.

Alyson Sheppard, 46, now claims every meal is like ‘eating broken glass’ as she has to chew food with her gums, causing constant soreness and ulcers.

Despite forking out £3,000 to find suitable dentures, the mother-of-one has been unable to find any which fit her mouth. 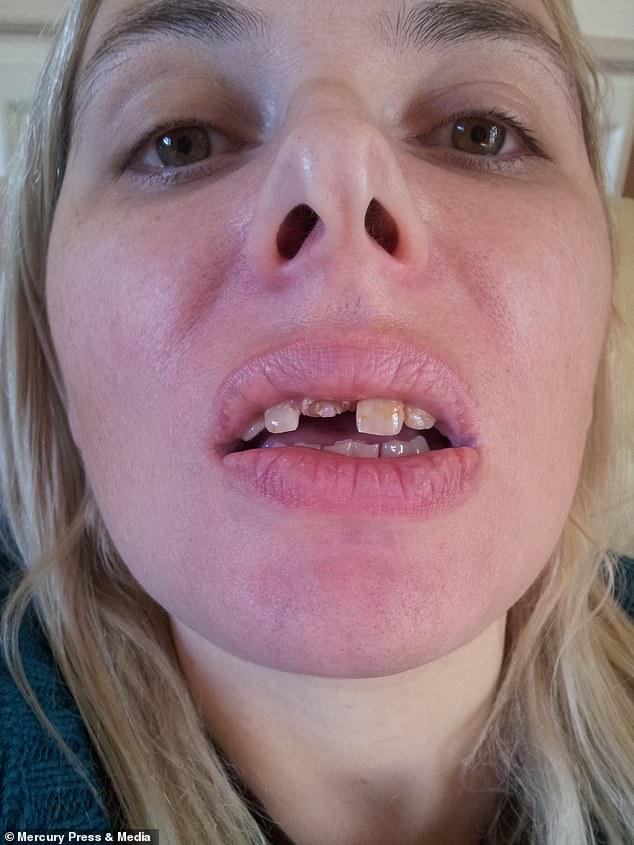 The -mother- of- one from Anlaby, East Yorks, said: ‘All I eat is soup, mash, ice cream and baby food.

‘Even the breadcrumbs on fishcakes cut the top of my mouth and I get ulcers.

‘I’m sick of eating the same kind of things.

‘The pain gets worse when I eat. It’s like eating broken glass really.’

‘I want to be able to get dentures that fit so I can eat normally again.

‘It would make my life a whole lot easier and I wouldn’t feel depressed like I do now.’ 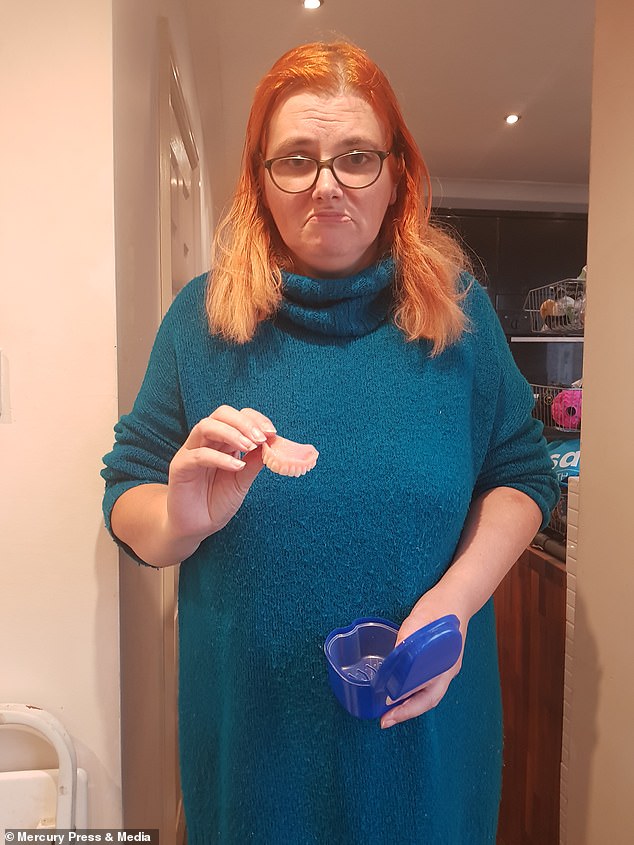 Alyson’s claims that back in 2017, her hospital consultant advised her to have all her remaining teeth pulled out so that she could get dentures fitted-most of her teeth had already fallen out due to calcium deficiency caused by her lactose intolerance.

However rather than solving her problems, she claims the surgery left her in agonising pain with bone sticking through her jaw and unable to find dentures to fit.

And despite having further surgery to try and correct the issues, she has found no respite and says she is ineligible for dentures on the NHS, meaning she has been without upper teeth for over three years. 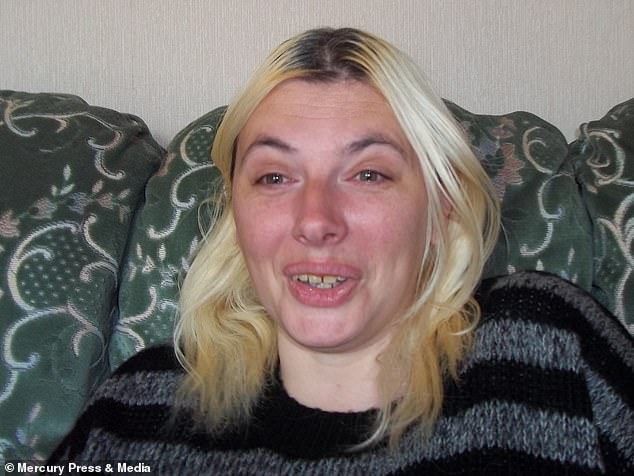 Alyson, a former medical secretary, added: ‘I’ve got constant pain in my whole jaw, but I can’t take most pain killers because of my haemophilia and bowel disorders.

‘We should never have been told to get rid of the teeth as the denture could have clipped on to the remaining upper teeth.

Since the surgery, Alyson who used to enjoy munching her way through shepherd’s pie and peanuts has had to stick to soft foods and is fed up of eating mash for lunch and dinner most days. 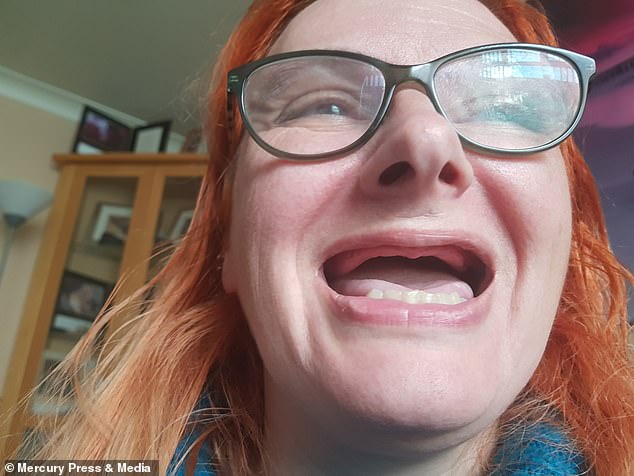 Alyson and her husband Antony Sheppard, 51, are now hoping to put an end to her suffering thanks to a private dentist in Cheshire, who has agreed to give her his time for free to try and give the long-suffering mum dental implants.

The pair will still have to fork out £8,000 for the implants and another £2,000 for an anesthetist during surgery.

Antony said: ‘The dentist has not charged us for the appointments and his time but the material and the operation costs will have to be paid.

‘It would make such a difference to Alyson’s life to be able to eat properly again.

‘It has been three years of struggle and constant back and forth.’