Australians will be allowed to buy e-cigarettes at chemists with a prescription from their doctor under new plans revealed today.

The interim decision by the Therapeutic Goods Administration (TGA), which could be finalised later this year, would make it legal to buy and use vapes.

E-cigarettes that contain nicotine are illegal to have or use in every state and territory except South Australia, however they can be imported without a prescription. 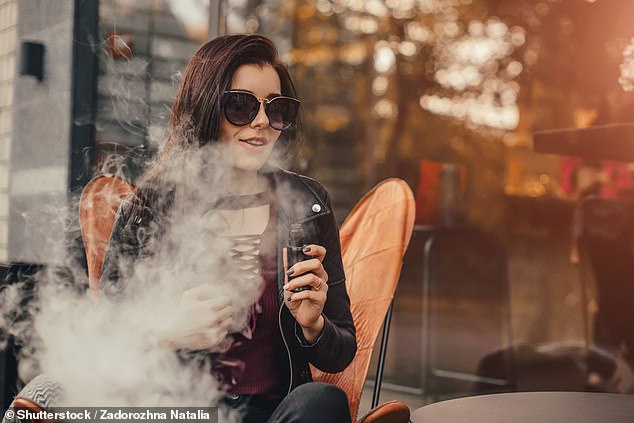 The move by the TGA was confirmed by The Australian, which reported that e-cigarettes would be treated as ‘prescription-only medicine’, as opposed to being considered a ‘dangerous poison’ as they are now.

‘The interim decision clarifies that nicotine for all human use is a prescription-only medicine and that possession without a script is not permitted,’ the regulatory body’s proposal says.

‘The (TGA) delegate considered restricting access in accordance with a prescription is necessary to address the recent ­increase in uptake of use of e-cigarettes containing nicotine by young adults.’

The move would mean e-cigarettes were available with a prescription from chemists like Priceline and Chemist Warehouse.

They would still be unavailable for purchase in regular shops.