McConnell vowed on Friday night, hours after the death of Ginsburg, also known as RBG, to call a vote for whomever President Donald Trump nominated as her replacement. RBG died at the age of 87 on Friday after a battle with pancreatic cancer.

‘This is what they do. Both for senator McConnell and President Trump, their first value is power and they’re trying to fill the court with as many ideological judges as they can,’ Clinton told CNN‘s Jake Tapper on Sunday.

‘It’s a power play, and they think they can do it,’ Clinton added. 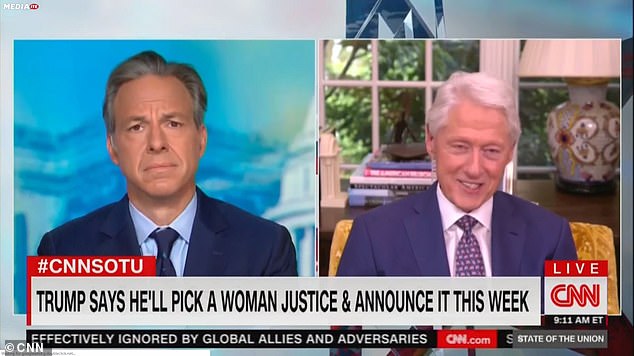 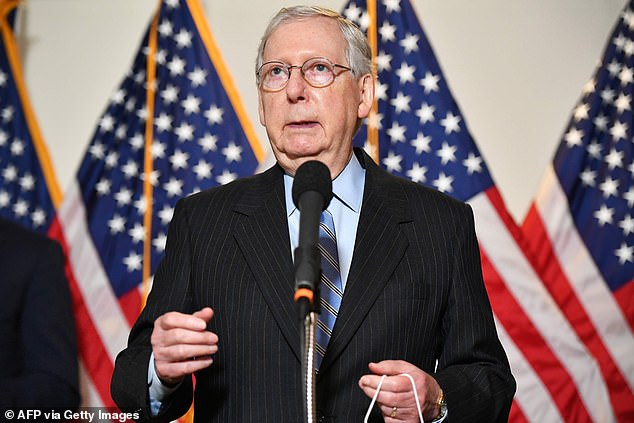 “I think it would be good for Sen. McConnell, to make him feel better when he gets up in the morning, if he prove that he wasn’t being a hypocrite at the time.” Fmr. Pres. @BillClinton on Pres. Trump’s and Sen. Mitch McConnell’s attempt to fill the SCOTUS vacancy. #CNNSOTU pic.twitter.com/aQ2GqqMDY3

‘Well, of course, it’s superficially hypocritical call, isn’t it? I mean Mitch McConnell wouldn’t give President Obama’s nominee, Merrick Garland, a hearing 10 months before the presidential election. And that meant we went a long time with eight judges on the court,’ Clinton said.

Clinton was referring to the death of Justice Antonin Scalia hours before one of the early-state presidential debates in February 2016.

McConnell stunned Washington by announcing the Senate would wait for the next president, after the November 2016 election, to choose Scalia’s replacement, blocking Obama’s choice of Judge Garland.

‘To be fair, there is a case to be made for the argument McConnell made that in the middle of a presidential season, you should give the voters a say, that’s what he said when it was 10 months away,’ Clinton said.

‘But when the shoe is on the other foot and he wants a judge, we’re fewer than 50 days away and that argument doesn’t cut any mustard,’ Clinton said, adding that ‘it’s going to further spread cynicism in our system and, you know, he said he wouldn’t do it’.

Fulfilling the Supreme Court seat left vacant by Ginsburg’s death before the fall election is as much about McConnell’s goal of securing a conservative majority on the court for decades to come as it is about confirming Trump’s upcoming nominee.

There’s no guarantee the Kentucky Republican will succeed, but he is about to move ahead with a jarring and politically risky strategy to try to bend his majority in the Senate. If it works, he will have ushered three justices to the court in four years, a historic feat.

‘Sen McConnell already has played a huge role in shaping the Supreme Court for decades to come,’ said Edwin Chemerinsky, dean of the University of California, Berkley School of Law. 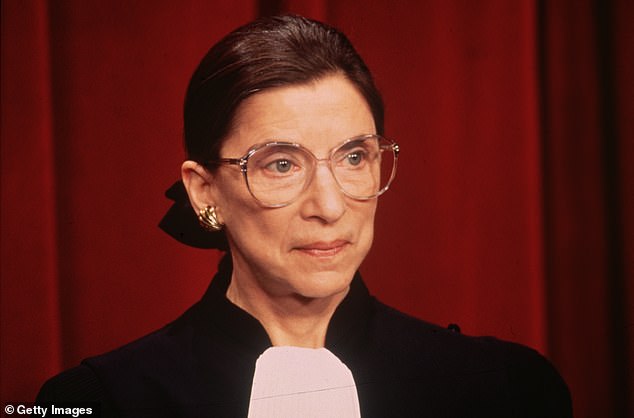 RBG (pictured in 1993) died at the age of 87 on Friday after a battle with pancreatic cancer. She was nominated to the Supreme Court by former president Bill Clinton 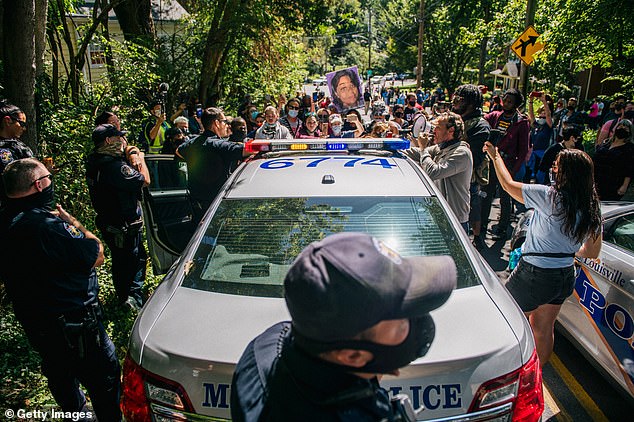 On Saturday, protesters gathered outside McConnell’s home to demonstrate against his decision 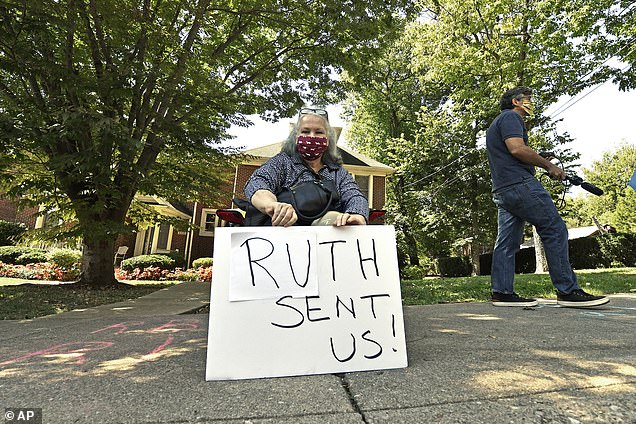 Some demonstrators were seen holding placards that read, ‘Ruth sent us’ and ‘Ditch Mitch!’

‘A third confirmation, especially under these circumstances, would truly make this the McConnell Court for a long time to come.’

The path for how, exactly, McConnell will make this happen is being set swiftly in Washington.

Many expect Trump to name his nominee in a matter of days and the Senate to start the confirmation process – condensing a typically monthslong endeavor into a matter of weeks.

During a campaign rally in North Carolina Saturday night, Trump declared: ‘I will be putting forth a nominee this week, it will be a woman.’

Trump claimed that his pick would be a ‘very talented, very brilliant woman’ because ‘I like women more than I like men’.

As he left the White House for the rally, the president identified two women as front runners: Amy Coney Barrett, 48, of the Chicago-based 7th Circuit and Barbara Lagoa, 52, of the Atlanta-based 11th Circuit as possible nominees.

Barrett is a devout Catholic and mother of seven from Indiana, who has adopted two kids from Haiti and has a biological child with special needs.

She is a member of a Christian group named People of Praise, where members are assigned a ‘handmaiden’, a personal adviser with whom they are encouraged to confess personal sins, financial information and other sensitive disclosures.

The other named front runner is Lagoa, a Cuban American from Florida whose parents fled Castro five decades ago. She has spoken about how her father longed to be a lawyer but was forced to abandon his dream because of the communist leader.

Her nomination has the potential to greatly aid Trump politically in the crucial swing state.