By James Gordon For Dailymail.com and Wires

For the first time since January 1, 2000 – when he was a senior at Michigan – Tom Brady, who is now 43, played a football game in something other than a New England Patriots helmet. 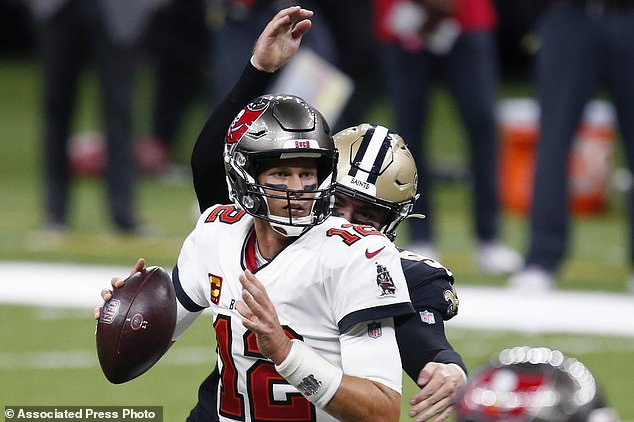 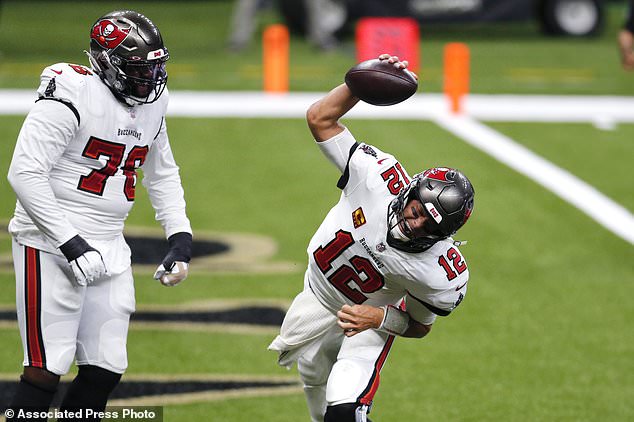 ‘I made some just bad, terrible turnovers,’ Brady said. ‘I obviously have got to do a lot better job.’

The first of Brady’s interceptions led to Kamara’s 6-yard touchdown run. The second pick thrown by the new, 43-year-old Bucs Quarterback – who left the New England Patriots in free agency after 20 years and six Super Bowl triumphs – was returned 36 yards for a touchdown by Janoris Jenkins.

Few witnessed the history in person, with government leaders and the Saints having agreed that no fans should attend the opener amid the coronavirus pandemic.

It turned the normally deafening 73,000-seat Superdome into more of an echo chamber. 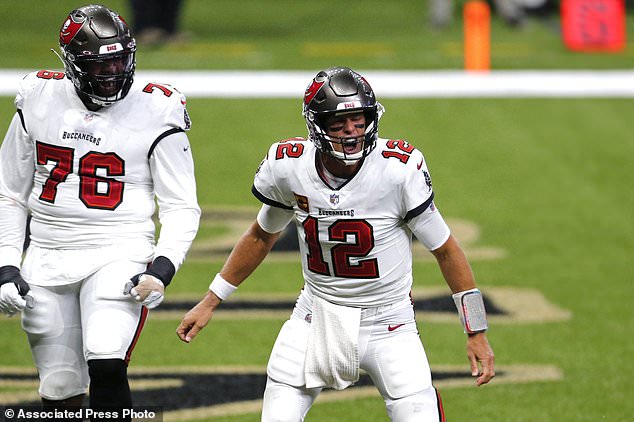 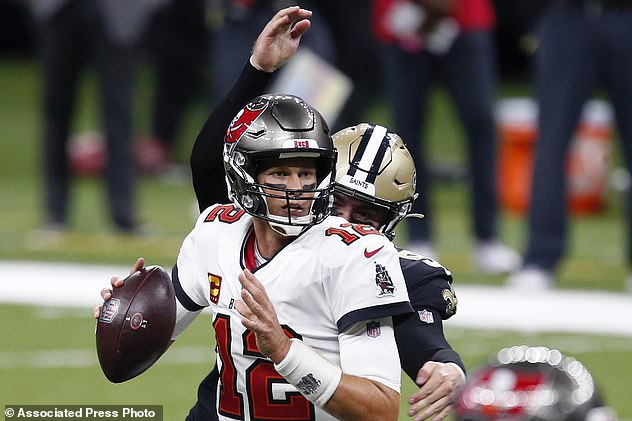 Brady signed a two-year, $50 million contract with the Buccaneers in March 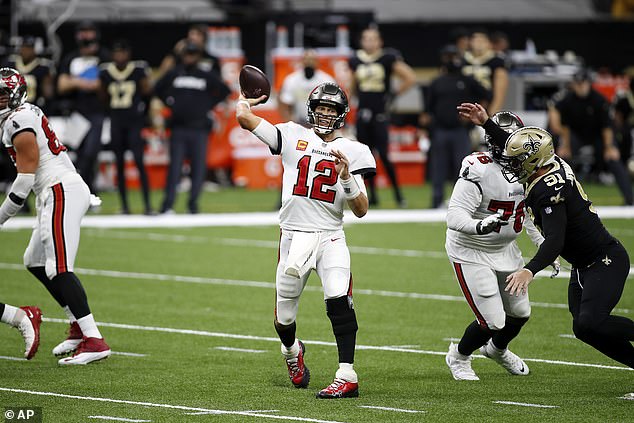 Tampa Bay’s opening drive was promising for Brady, who the Bucs hope can lead them to their first playoff appearance since the 2007 season.

It was a fleeting, triumphant moment for the Bucs in a game defined more, in the end, by their new star’s mistakes.

But Brady’s 20 previous NFL seasons, six of which ended with him holding the Lombardi Trophy, will have taught him not to read too much into a single setback.

‘I’ve lost plenty of games in my career,’ Brady said following the loss. ‘I know I don’t like it. But it happens. 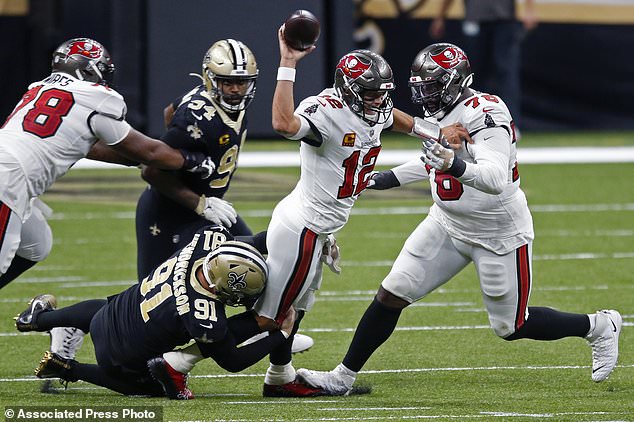 ‘We’ve got to learn from it,’ Brady continued. ‘When you play good teams, you can’t make mistakes. Obviously, I made too many mistakes today. … I’m going to focus on what I have to do, and I have to do a lot better job.’

Brady’s arrival created big expectations in Tampa Bay but even a QB as accomplished as Brady can struggle to learn a new offense and build chemistry with his receivers.

‘It’s Week 1 of the NFL season. A lot of things are going to be corrected. Every team’s going to wish they did things better,’ Brady said.

‘We’re going to feel that way as we move through the season. It’s going to be about our mental toughness, our urgency, how hard we work in practice to get things done. Not turning the ball over is a good place to start.’ 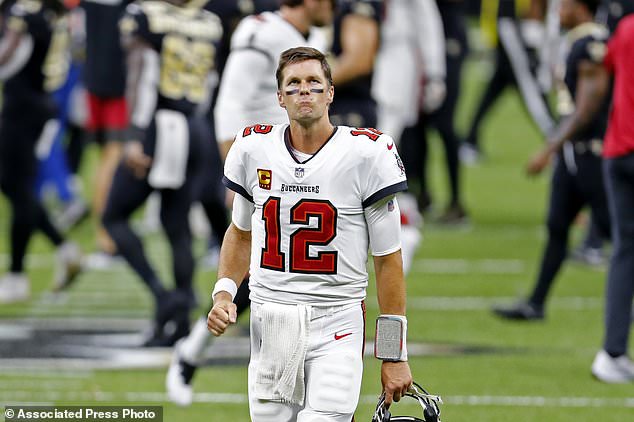 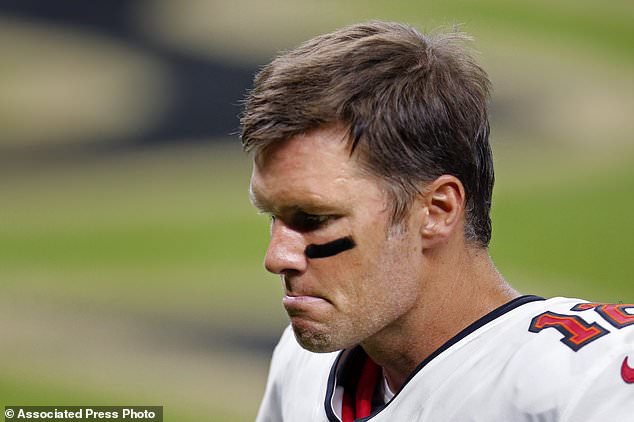 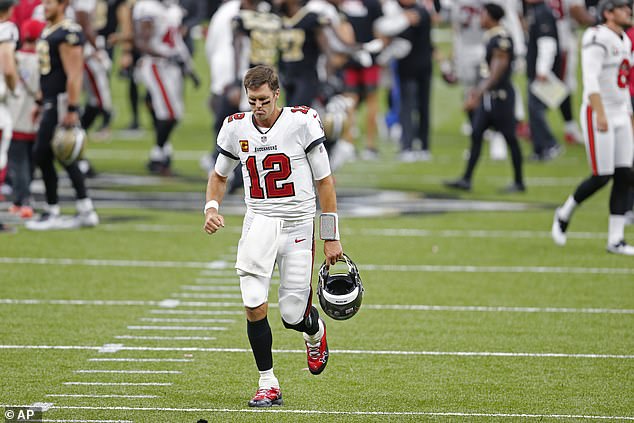 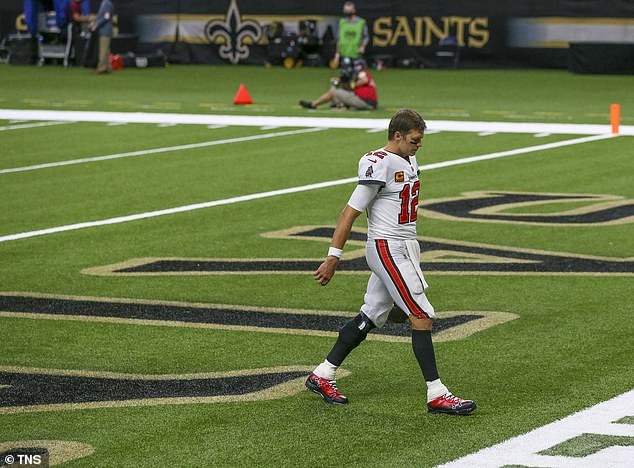 Brady (12) walks off the field after the Buccaneers’ 34-23 loss to the New Orleans Saints on Sunday, September 13, 2020 in New Orleans, Louisiana