A student at an elite private school has been charged with attempted murder along with three other men after a 16-year-old suffered a collapsed lung in an alleged stabbing in a busy CBD shopping district.

The men aged between 18 and 19 years old were granted bail after being charged over the alleged attack at Queen Street Mall in central Brisbane on Friday night.

They have been charged with attempted murder, armed robbery, going armed as to cause far and acts intended to cause grievous bodily harm.

Somali-born Sade Mohamed, 18, is accused of being the ‘doer’ of the stabbing – which followed the 16-year-old allegedly hitting someone with a stick nearby. 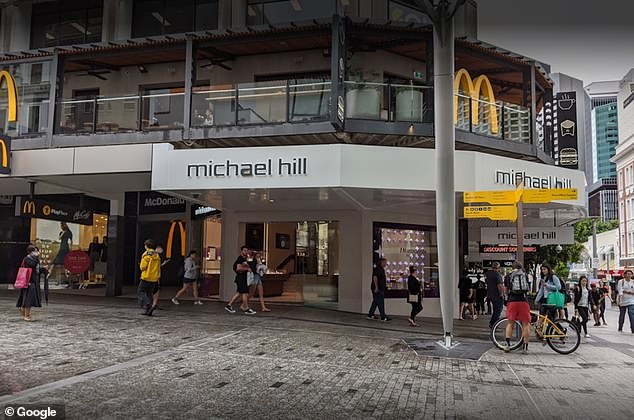 An elite private school student on a basketball scholarship has been charged with attempted murder after a 16-year-old suffered a collapsed lung in an alleged stabbing at Brisbane’s Queen Street Mall (pictured, file image) on Friday night

The younger teenager was allegedly stabbed in the back and chest and was found with puncture wounds to his torso.

Mohamed – whose barrister said there was no evidence to suggest his client was the main offender – attends the prestigious St James College in the inner-city Brisbane suburb of Spring Hill.

The barrister Sam Di Carlo also denied any suggestion the stabbing was gang-related.

‘This can be distinguished from the case of two gangs at war,’ Mr Di Carlo said, according to The Courier-Mail.

‘This arises over an incident and is immediate retribution.’

Mohamed was granted bail on the condition he live with family close to Logan Central Police Station so he can report to authorities daily.

The court heard Mohamed was due to take his Year 12 exams and had basketball training outside of school hours. 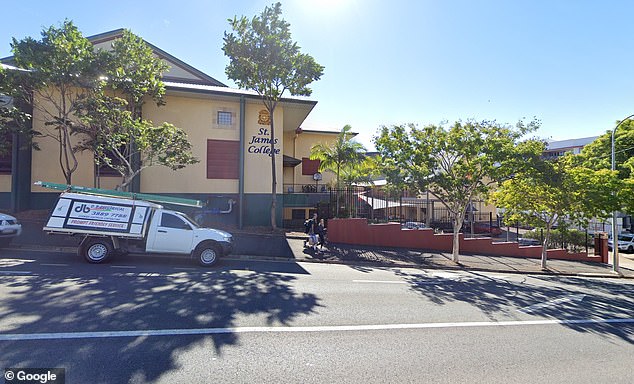 The court also heard the 16-year-old alleged victim had used social media to make threats after the stabbing.

Ms Thacker said she feared Mohamed may face retaliation over the allegations.

Mohamed and the other three men – Mohamed Kenneh, 19, Said Abdi, 18, and Abdirahan Aden Warsame, 19, will appear back in court in October.

Kenneh has taken part in charity work and Ms Thacker said she was surprised he was charged with the allegations, ABC News reported.

The accused will re-appear in court in October.