Catch me if you can! Nimble squirrel makes a spectacular escape when two dogs start chasing it

Golden Retrievers Ruby and Stella didn’t stand a chance when they decided to chase a squirrel in their yard, as this hilarious video shows.

The nimble rodent jumped onto a nearby fence and made an impressively speedy escape, leaping over the top of eight posts as it sprinted off.

The video, filmed in Merton, Wisconsin on September 16, shows the outpaced Golden Retriever sisters watch as the squirrel dashes out of sight. 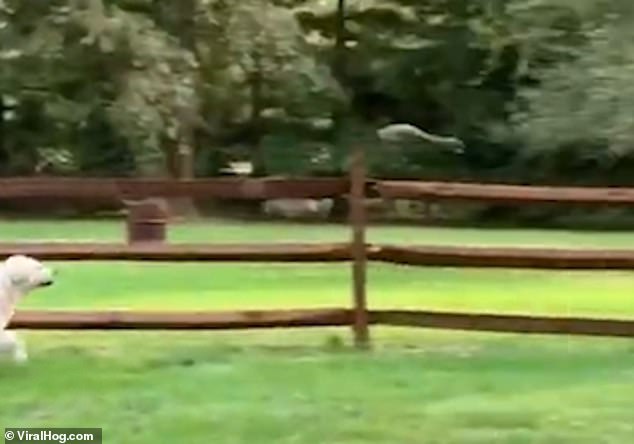 A video captured in Merton, Wisconsin, on September 16 captured the moment Golden Retrievers Ruby and Stella spot a squirrel in their yard and start chasing it 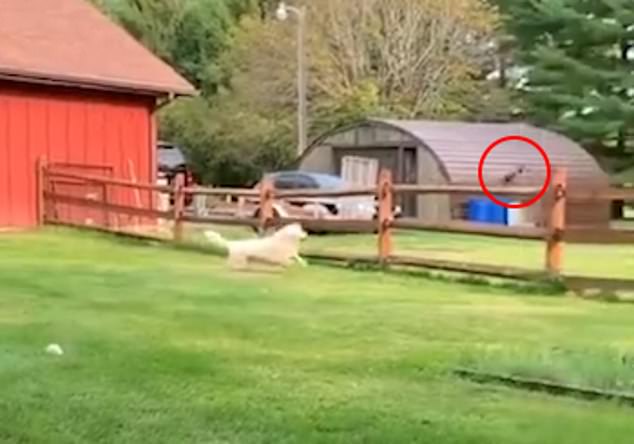 The squirrel makes a spectacular getaway, hopping up on the fence and jumping over eight fence posts at lightening speed to escape

The footage starts as Ruby and Stella sprint toward the fence but the squirrel is too quick.

The dogs chase it down the fence to the end of their yard but the squirrel has gotten away.

The dogs are left standing watching the squirrel leap towards freedom, tails wagging after their adrenaline-pumping chase.

The dogs’ owner, who shared the footage online, said: ‘This squirrel has some series running and jumping skills.’

Golden Retrievers are natural hunting dogs, and the name ‘retriever’ refers to the breed’s ability to retrieve shot game undamaged, due to their soft mouth. 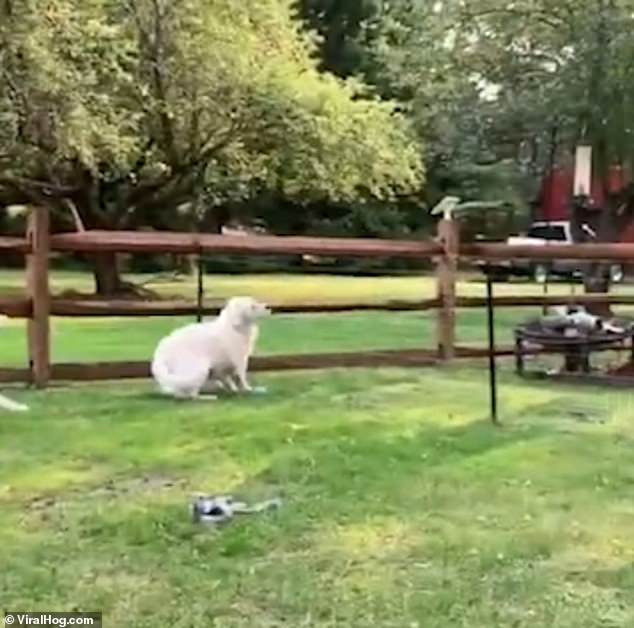