‘There was so much blood’: Champion Aussie racer relives the day he tried desperately to save a fallen rider’s life in the middle of the desert during the world’s toughest race

A champion motorcycle racer has relived the day he desperately tried to save a fallen rider’s life.

Toby Price, 33, from the Gold Coast, will never forget the day he came across Portuguese competitor Paul Goncalves, 40, in the Saudi Arabian desert.

The pair were competing in the 2020 Dakar Rally, one of the world’s toughest and deadliest races, when Price found Goncalves bleeding and unresponsive.

‘I knew it wasn’t going to be good as soon as I saw him. All the blood. There was just so much blood,’ he told The Daily Telegraph. 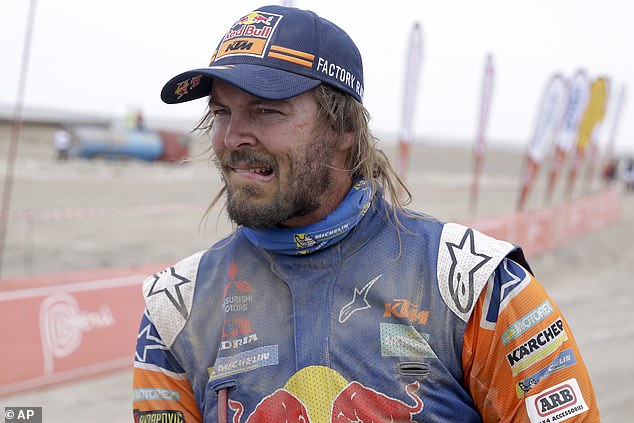 World champion motorcycle racer Toby Price (pictured), 33, from the Gold Coat, has relived the moment he desperately tried to save his fellow competitor at the Dakar Rally in January 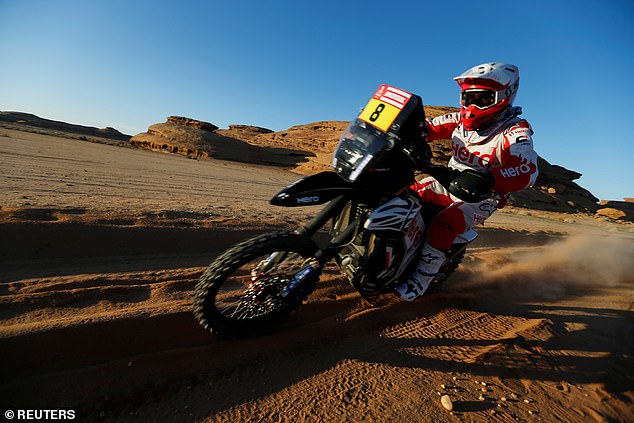 The endurance motorcycle world champion began the seventh stage of the 12-part race five minutes behind Goncalves on January 12.

He took off across the Riyad desert and was almost 300km into the 546km course when an alarm went off on his GPS.

Price saw a figure in the sand and found Goncalves sprawled on his back and 15m away from his still running bike just after 10.00am.

He checked his fellow rider for a pulse and felt nothing.

‘I kind of knew how bad it was before I checked but I had to do it anyway. I had to do whatever I could to assist,’ Price said.

The two-time champion radioed for help and attempted to perform CPR.

He struggled to clear Goncalves’ airways ‘because there was too much blood’ and performed chest compressions until the rescue helicopter arrived at 10.16am.

Price remained at the rider’s side for the next 80 minutes, passing medical equipment to the paramedics and even carrying Goncalves to the helicopter. 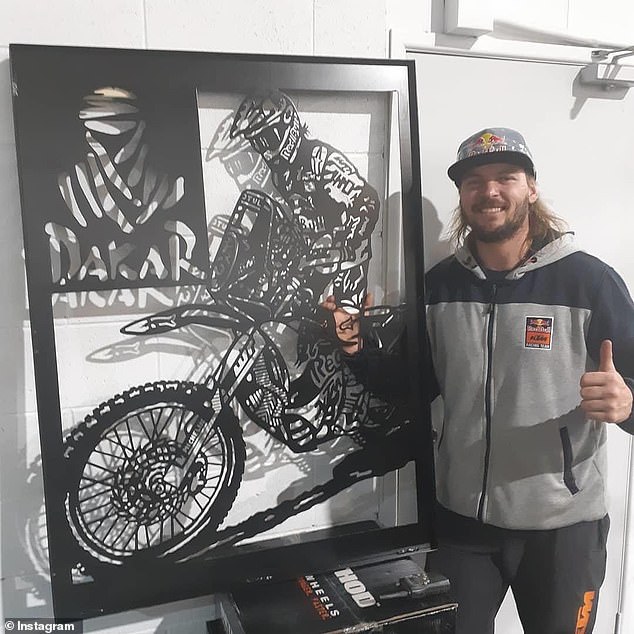 Price (pictured) said he still struggled with the horrific experience and it made him question whether he should continue competing. He is about to start training for the 2021 Dakar Rally 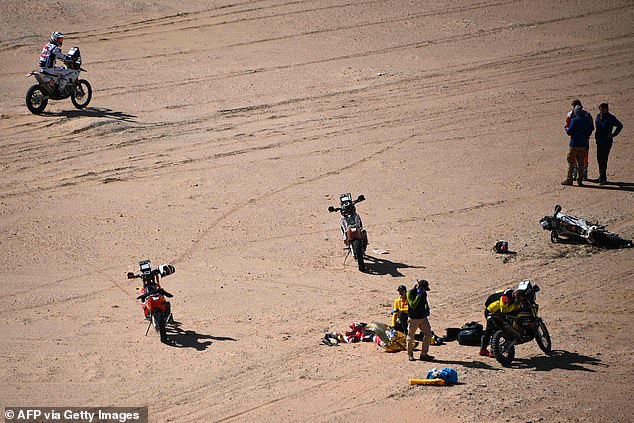 The scene of Goncalves’ fatal crash on January 12 pictured. At least 28 competitors have died in the 40 years since the deadly Dakar Rally competition began

The competition has been held on multiple continents including Europe, Asia and the Americas

Cars, bikes, quads and UTV vehicles are all involved in competing

At least 28 racers have died in the competitions history

It was later revealed Goncalves died instantly with the impact of the crash.

‘The organisers received an alert at 10.08am and dispatched a medical helicopter that reached the biker at 10.16am and found him unconscious after going into cardiac arrest.

‘Following resuscitation efforts in situ, the competitor was taken by helicopter to Layla Hospital, where he was sadly pronounced dead,’ an official statement said.

Price described struggling to revive Gonclaves as ‘the worst thing I have ever been through’.

‘I still struggle with it now. I tried to bring him back but couldn’t. Being there and being able to do nothing about it is a very hard thing to take,’ he said.

Dutch rider Edwin Straver was also later killed in a low speed crash at stage 11 of the race.

Price overcame the tragedies to finish third and claim his fifth Dakar podium.

He said the horrific experience had made him question whether the dangerous race was ‘worth it’ but will arrive in Spain this week to start preparing for his seventh Dakar Rally.

Various cars, bikes and quads compete in the deadly race which has seen 28 of its competitors die in its 40-year history.