Debris has been found during the search for a missing fisherman who disappeared again just two weeks after sparking a statewide four-day rescue mission.

Tony Higgins, 57, sent out a distress call to police about 5am on Tuesday when he was moored near Granite Island off Victor Harbor, south of Adelaide.

Mr Higgins said his wooden fishing boat Margrel was ‘taking on water’ and police have now launched another search operation with a rescue helicopter and Sea Rescue volunteers.

Rough conditions on Tuesday forced rescue boats to return to shore about 10.30am.

During the search rescuers found debris and a vest, with police saying they were not concerned about finding it but will investigate. 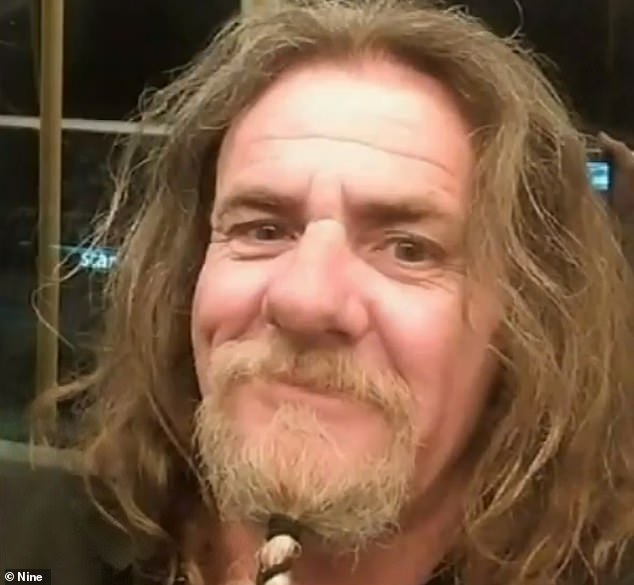 Tony Higgins, 57, sent out a distress call to police about 5am on Tuesday when he was moored near Granite Island off Victor Harbor, south of Adelaide 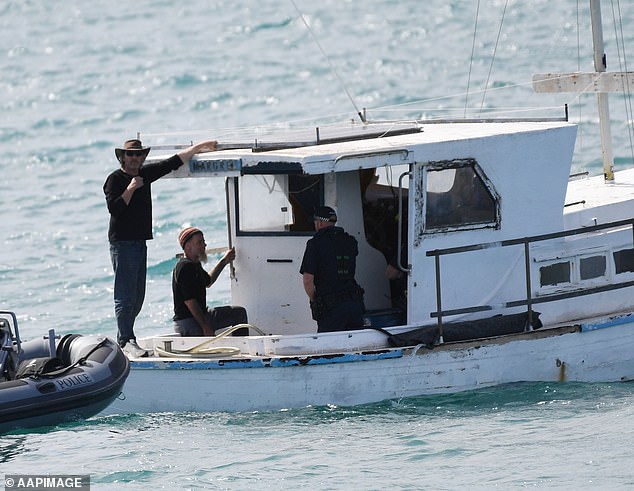 Authorities continued searching until nightfall with the Polair and SA Police airplane flying over the area all day as a Bombardier Challenger 604 rescue jets also searched.

This is the second time emergency services have launched a rescue mission for Mr Higgins and his 33ft vessel.

The fisherman and his friend Derek Robinson, 48, sparked South Australia’s largest maritime search in history when they went missing while travelling from South Australia’s Coffin Bay near Port Lincoln to Goolwa on September 3.

The duo were one day into their trip on the 10-metre wooden-hulled fishing boat when they started to experience engine trouble.

They were eventually found on September 10, just hours after the search operation was called off.

Despite missing for nearly a week, Mr Higgins claimed he had no idea about the rescue mission.

‘We didn’t even know anyone was looking for us,’ Mr Higgins earlier told Seven News.

‘I didn’t ask to come get rescued. I knew exactly where we were.’ 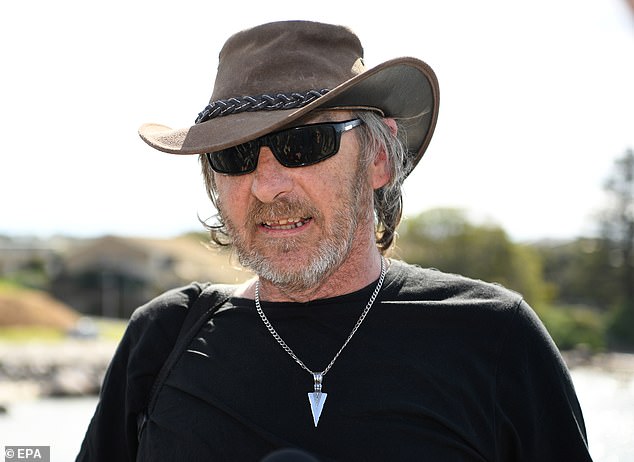 He believes the trouble was sparked when one of the propeller’s three blades broke off after hitting a turtle or submerged log.

Crews spent days searching an area larger than Tasmania covered in an attempt to find the men.

Fears were raised when the men were not located after several weather warnings and days of treacherous conditions.

Mr Higgins was fined $1,000 for having an out-of-date Emergency Position Indicating Radio Beacon (EPIRB), as well as old flares on board and not having an appropriate recreational boat licence. 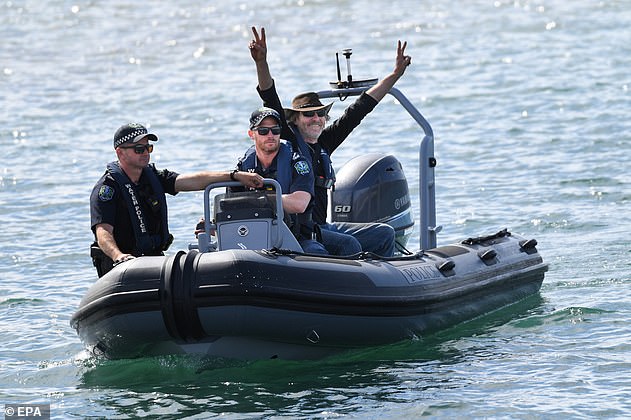 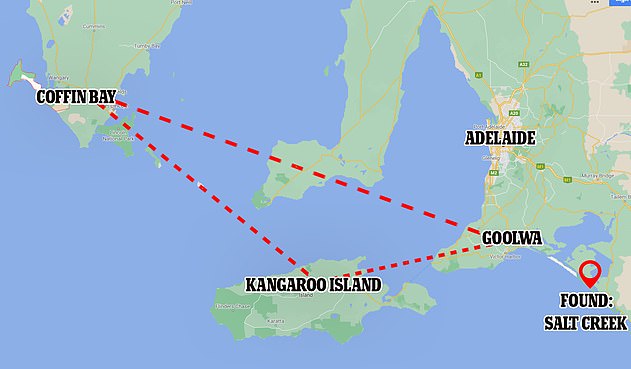 The men were headed to Goolwa when they went missing earlier this month, from Coffin Bay near Port Lincoln, they told a friend they would try make it to Kangaroo Island after their engine failed but ended up in Salt Creek

‘When I got down here, nobody could see the boat,’ Mr Juleff said.

‘(Police) tried to phone him back – no answer – so the answer to this question is ‘nobody knows’.

‘They said there’s nothing out there and we don’t know where he is.’

Over the weekend, Mr Higgins found himself in trouble again when the Margrel ran aground on a sandbar in Victor Harbor.

The rescue mission is ongoing.

Police Commissioner Grant Stevens said a second search party for the vessel was ‘frustrating’ for authorities.

‘I think it’s fair to say there’s an element of frustration that the state’s resources are being dedicated to this for a second time,’ he said.