Driver, 21, caught by motorway camera ‘snorting a mystery substance off a phone while a friend held the steering wheel’ is hit with a string of charges

A man has been charged after being caught on a mobile phone detection camera allegedly snorting a mystery substance while driving.

The driver, 21, of a Hyundai i30 sedan and his passenger were caught on a detection camera on the M4 motorway in Western Sydney at 11.55pm on August 14. 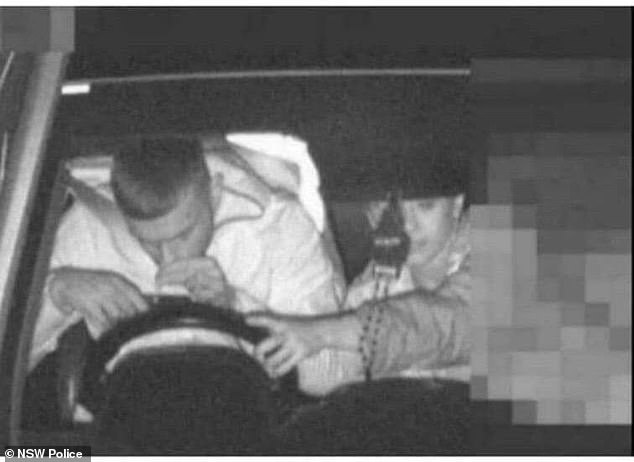 Strike Force Puma and the Traffic and Highway Patrol Command launched an inquiry into the incident, leading investigators to issue a court notice to a 21-year-old man.

The man has been charged with driving without proper control of vehicle, using a mobile phone when not permitted and negligent driving.

NSW Police Acting superintendent Bill Darnell told 2GB investigators did not know what the substance was.

‘However, those three traffic offences we are confident we can establish,’ he said.

‘Combined there are 11 points and over $1200 worth of fines just in those traffic offences alone.’

Police will allege in court that the man was sniffing a substance off his mobile phone while driving and did not have his hands on the steering wheel while the vehicle was in motion.

The man will appear in Blacktown Local Court on October 14.