A bright, bold and offensive message was painted on a street in Brooklyn over the weekend directed at the city’s mayor and the state’s governor.

The graffiti, which was painted in the middle of the road, stretched for almost an entire city block and read: ”F*** Cuomo and de Blasio.’

It was painted in a style similar to earlier city-endorsed projects supporting the Black Lives Matter group earlier this summer which the city’s mayor Bill de Blasio was seen helping create. The murals also fast became a target for vandalism. 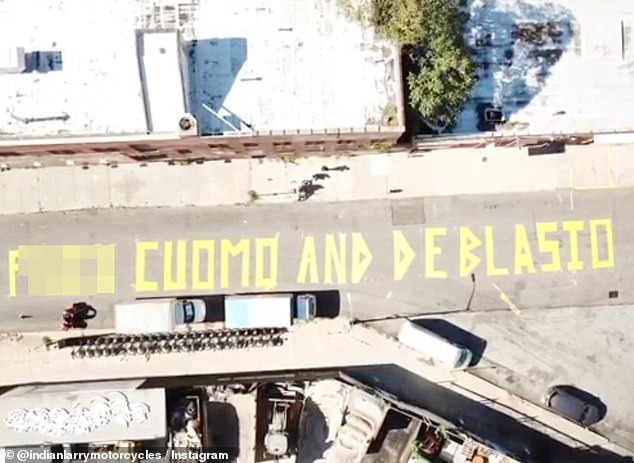 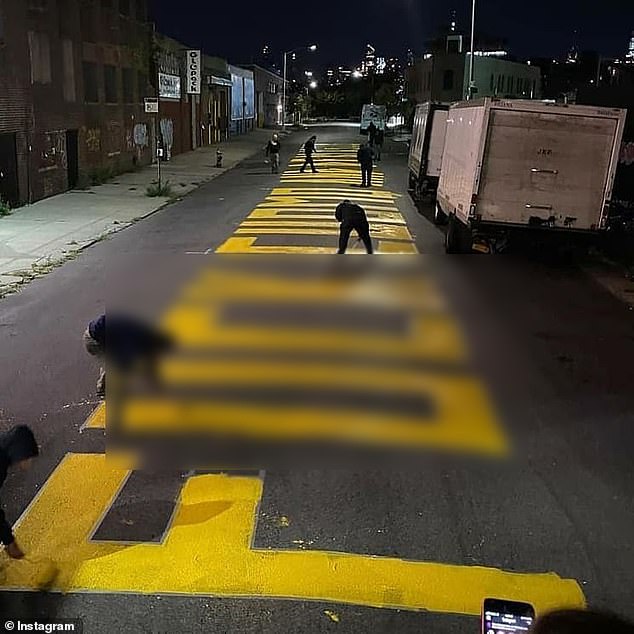 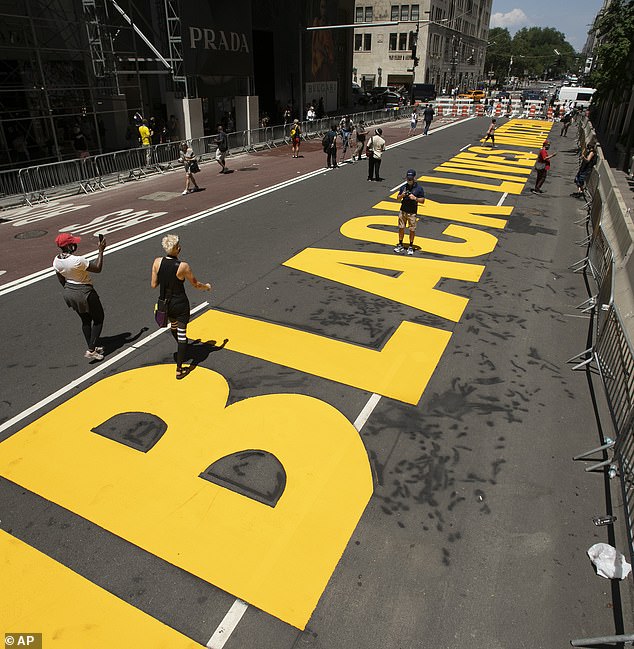 The mural in Williamsburg was similar to those of Black Lives Matter painted earlier this summer. Pictured, one of the murals that was painted on Fifth Avenue in front of Trump Tower

The message appeared in Williamsburg during the early hours of Saturday morning at around 1am while an annual block party that was doubling as a ‘small business owner protest’ was taking place.

‘A few partygoers got the idea to paint in huge [letters, using] yellow paint with rollers on North 15th, ‘F*** Cuomo and de Blasio,” an unidentified attendee told Fox News on Sunday.

‘The party continued. Everyone took photos. It was a big hit. The crowds cheered, even the cops chuckled.’

The ‘artwork’ was swiftly covered up with black paint by the Department of Transportation less than 24 hours by 10pm on Saturday night.

The NYPD have confirmed a criminal mischief complaint was filed over the incident and an investigation is ongoing.

The graffiti came after Governor Cuomo and Mayor de Blasio have criticized for their leadership during the coronavirus pandemic which resulted in a lockdown and subsequent economic fallout. 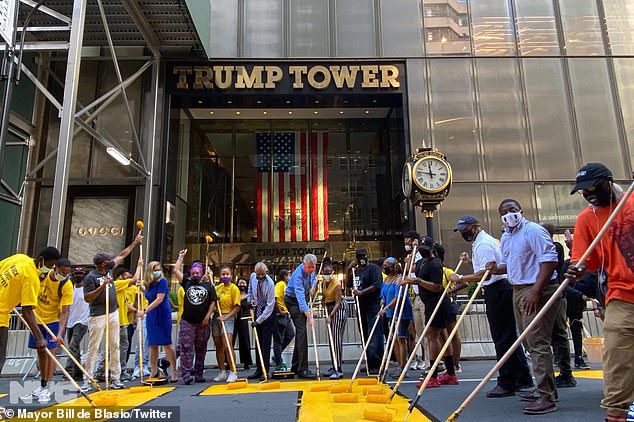 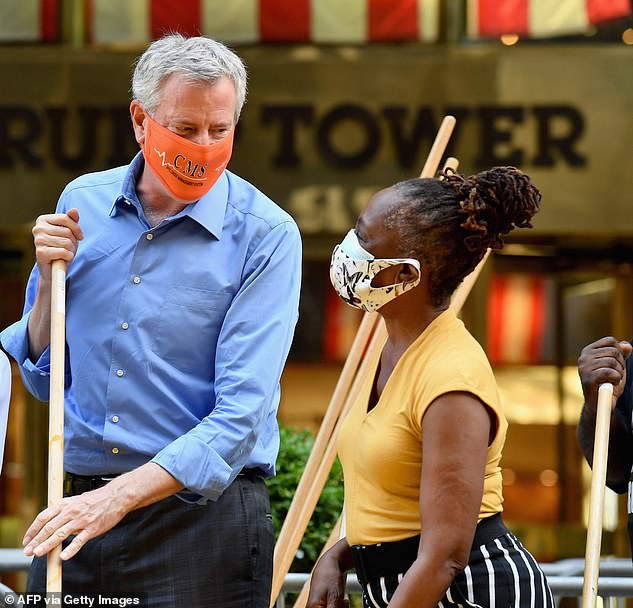 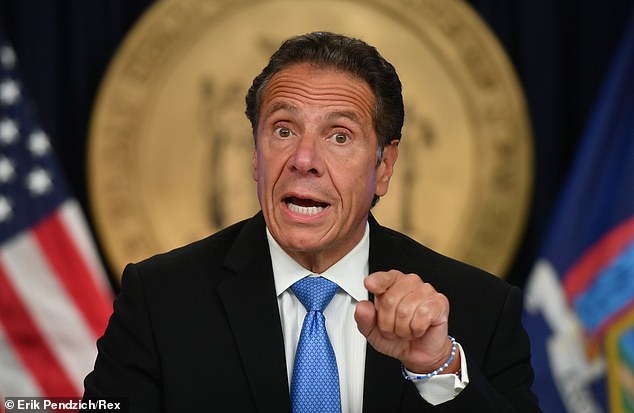 Those behind the Williamsburg mural appeared to  be unhappy at the response to the coronavirus pandemic by the states governor Andrew Cuomo, pictured