Another 10 crew from an international cargo ship moored off Western Australia’s north-west coast are expected to test positive to coronavirus, amid growing fears the outbreak could spread to the mainland.

Seven infected crew remain on board while 12 crew were transferred to a makeshift hotel quarantine facility in Port Hedland, sparking fears the virus may spread through the port and mining town and into nearby Indigenous communities.

Health minister Roger Cook said the local community should not be worried, despite admitting a day earlier there was a risk of a massive outbreak similar to Melbourne’s second wave if it can’t be contained. 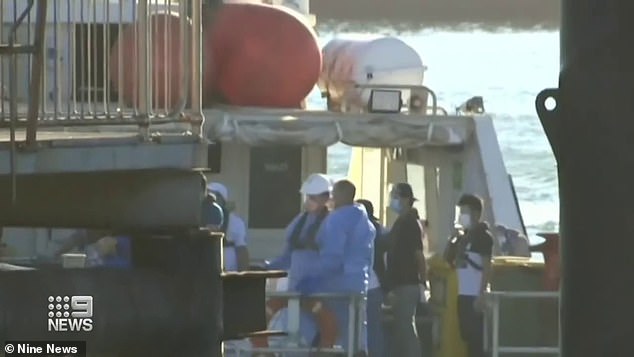 ‘We have the situation under firm management,’ Mr Cook told reporters on Sunday.

‘All the positive cases are well and truly locked down in that facility.

‘The perimeter of the area fenced off, so there’s no way in the world we would allow the disease to get out.’

Around 20 Filipino nationals and the captain were on board the virus-riddled ship when it anchored on September 16.

Of the 12 crew brought ashore and taken to the Hedland Hotel on Friday, two have tested positive while the other 10 are expected to return positive results on Monday. 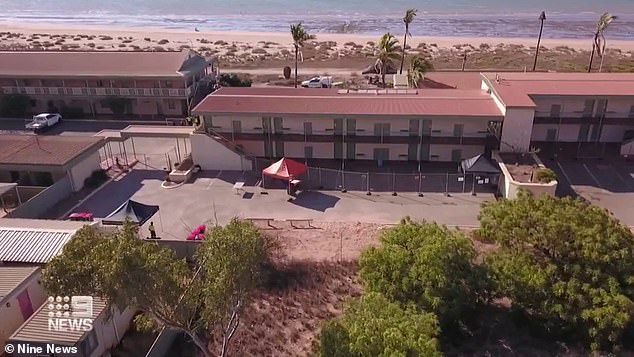 Some of the infected crew are holed up in quarantine at the fenced off Hedland Hotel (pictured), sparking community fears of an outbreak

Port Hedland is one of the busiest shipping ports in the world.

‘We are a port town, we’re the largest bulk export port in the world so it’s a significant issue for us,’ Port Hedland chief Executive Carl Askew told Nine News.

‘We’re very keen to see business keep going but obviously those health concerns need to be managed and managed well.’

‘At this stage we know they haven’t been given adequate personal protection equipment and we’re leaning on the government to try and make that happen very soon,’ WA president Andrew Miller said.

Arrangements are being made for a replacement skeleton crew to arrive from Perth along with a deep clean of the ship.

The rapid response team is being led by experienced doctor Tudor Codreanu, who also managed COVID-19 outbreaks on board the Artania cruise liner and Al-Kuwait livestock ship earlier this year.

‘We are still working on the best way to remove the infected crew from the ship and clean it while maintaining the essential operation to keep the ship running,’ Mr Cook said. 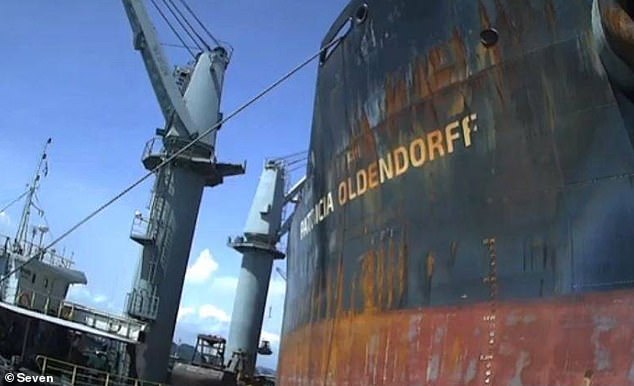 Around 20 Filipino nationals and the captain were on board the virus-riddled ship (pictured) moored off Port Hedland  since September 16.

The ship left the Philippines on September 5 with a fresh crew, indicating the virus came from that country.

WA has so far recorded 676 cases of COVID-19 since the pandemic began and nine deaths.

It currently has 16 active cases.