By Emer Scully For Mailonline

A former soap star has been banned from the road after driving without his lights on to pick up a takeaway dinner just moments after downing two gins and a shot of rum during a ‘difficult day’ working at his bar.

Adam Rickitt, 42, was caught making a 650-yard trip home by car from the bar he runs in Knutsford, Cheshire, on August 22 – five months after he left Hollyoaks when his character Kyle Kelly took his own life.

He said he was working and drinking late at the Dexter and Jones bar when his wife, GMB presenter Kate Fawcett, called to say she had ordered a takeaway, reported The Sun.

Police stopped his Skoda Yeti car after he drove without any lights on to collect the food just 450 yards from his bar. 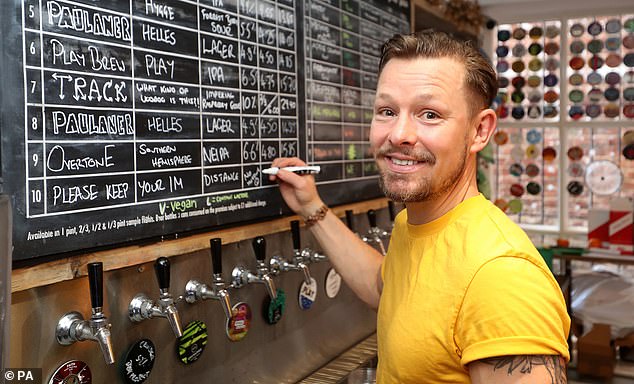 Adam Rickitt (pictured at his bar Dexter and Jones in June), 42, was caught making a 650-yard trip home by car from the bar he runs in Knutsford, Cheshire, on August 22 – five months after he left Hollyoaks when his character Kyle Kelly took his own life

He was breathalysed and found to have more than twice the legal alcohol limit.

At Stockport Magistrates Court Rickitt admitted drink driving and was banned from the road for 17 months.

He initially spoke to expensive ‘loophole lawyers’ who advised him on ways to avoid disqualification.

Prosecutor Lucy Bridge said: ‘A PC and PCSO on uniformed duty become aware of the green Skoda with its headlights not illuminated.

‘He was asked what time his last drank was and he responded: “two minutes ago”.’

There was then a 15-minute wait for the test and during this wait, he said: ‘I know I will probably be over the limit I had a 65 per cent rum shot prior to driving.’ 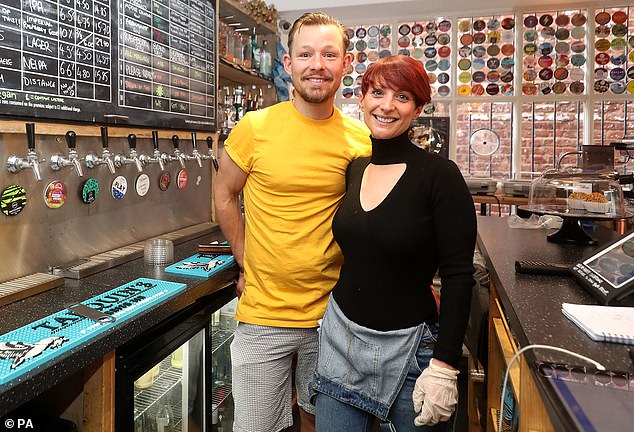 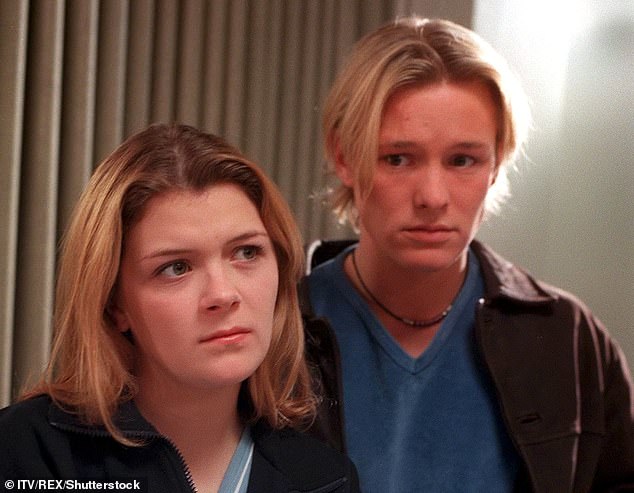 At Stockport Magistrates Court Rickitt admitted drink driving and was banned from the road for 17 months. Pictured, with former co-star Leanne Battersby in Coronation Street in 1998

Tests showed Rickitt, who married Miss Fawcett in 2014 had 80 micrograms of alcohol per 100 millilitres of breath – more than double the 35mg limit.

In mitigation defence lawyer Victoria Thompson said: ‘He is deeply ashamed to be appearing before the courts and is not someone who’s whatsoever been in trouble.’

She added that Rickitt had ‘a difficult day’ after putting his savings into the bar before coronavirus hit.

Rickitt was also fined £230 and ordered to pay £119 in costs and surcharges.