As of Tuesday, people arriving from Delaware, Maryland, Ohio and West Virginia will now have to spend 14 days in quarantine before they are able to head outside. 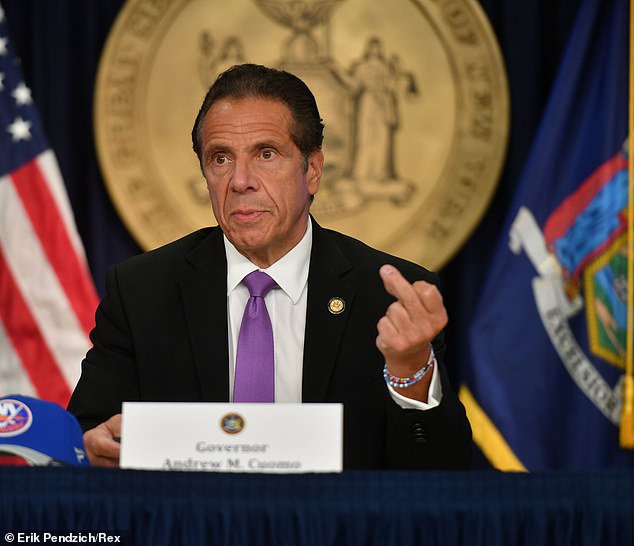 New York instituted the mandatory quarantine alongside neighboring New Jersey and Connecticut back in late June.

After initially being hit hard by the COVID-19 pandemic in March, April and May, residents in the tri-state area have managed to flatten the curve.

On Monday, just 519 New York state residents tested positive to the coronavirus, down from daily highs around 9,600 back in April.

However, officials are remaining vigilant amid fears of a second wave – particularly with colder weather right around the corner.

There is concern that returning residents or travelers from out of state could inadvertently spread the virus is the flout quarantine – with New York City Mayor Bill de Blasio revealing a new measure he hopes will help keep locals safe.

On Tuesday, he stated that sheriff’s deputies will now board buses that arrive in Manhattan and order those from states on the quarantine list to fill out a form detailing their contact information and quarantine plans.

The form is already a requirement for travelers arriving at New York airports, and those who refuse to complete the paperwork face fines of $2,000. 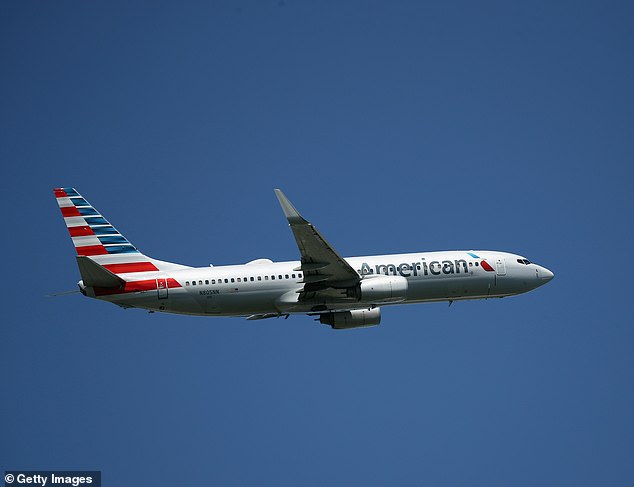 Travelers arriving at New York airports must complete a quarantine form which includes their contact details. Those  who refuse to complete the paperwork face fines of $2,000 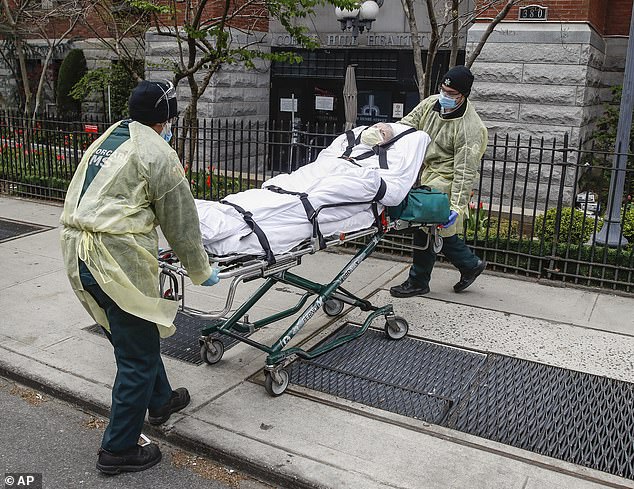 After initially being hit hard by the COVID-19 pandemic in March, April and May, New York City managed to flatten the curve. Pictured: a coronavirus patient is pictured being loaded into an ambulance at the peak of the pandemic on April 17

Meanwhile, Cuomo on Tuesday said he would not reopen indoor dining in New York City despite the infection rate being less than one percent for weeks in a row.

He argued it would double the number of bars currently open and claimed there is no one to enforce social distancing standards.

The reasoning came after a conglomerate of bar and restaurant owners sued the state for $2billion in damages, claiming they were being unfairly shackled and stopped from making money.

New York City – which has more bars and restaurants than any other city in the US – remains the only metropolis in the world that is yet to resume indoor dining. 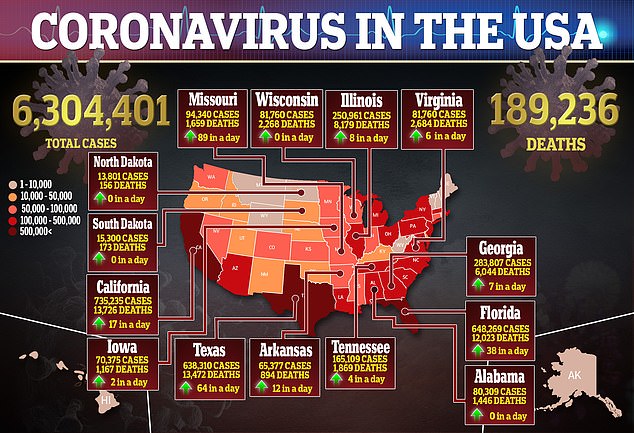 Returning residents and travelers must fill out an online health form and quarantine for 14 days  if they have arrived from any of the following states: