Buying a home is set to get a lot easier with potential borrowers no longer needing to provide to the bank details of their everyday spending habits.

Treasurer Josh Frydenberg has announced an easing of mortgage and credit lending rules in a bid to spark an economy recovery from the coronavirus recession.

Under existing rules introduced in 2009, the onus is on the banks to scrutinise the daily spending of potential borrowers to determine if they are a reliable customer.

Mr Frydenberg said these rules had discouraged Australians from borrowing, despite interest rates being at a record-low of 0.25 per cent. 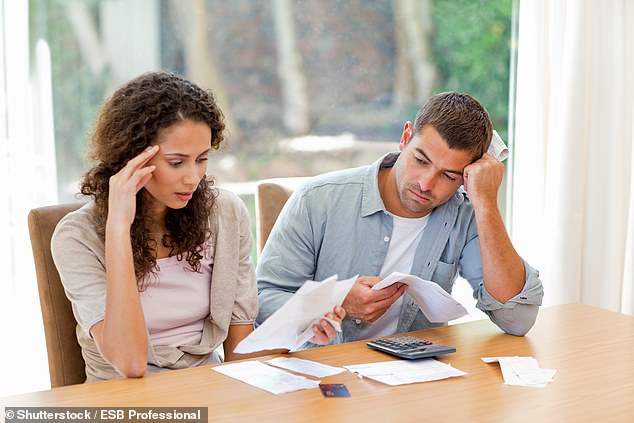 Buying a home is set to get a lot easier with potential borrowers no longer needing to provide the banks details of their everyday spending habits. Pictured is a stock image

‘The burden of regulation has been increasing and with it have come more obstacles for the consumer, making it harder to access credit,’ he said.

The Treasurer and Finance Minister Mathias Cormann are on Friday set to announce a scrapping of key elements of the National Consumer Credit Protection Act, which Kevin Rudd’s Labor government introduced in 2009 at the height of the Global Financial Crisis.

The government’s changes are set to put the onus on borrowers to tell the truth about their spending instead of forcing banks to heavily scrutinise their customers through intrusive questioning or third-party credit data groups.

This is designed to speed up home and credit approvals in a bid to encourage spending during a recession.

‘As a consequence, borrowers, irrespective of their financial circumstances, have faced an ever more intrusive, difficult and drawn-out approval process,’ he said.

These third-party agencies keep data on consumers for seven years and offer up scores, out of 1,000 and 1,200 respectively.