Who among Australia’s current cricketers would be widely mourned in 25 years if they suddenly dropped dead on the other side of the world?

Steve Smith would be remembered for his Bradmanesque batting feats and Dave Warner for his swashbuckling approach at the crease but does anyone know what they really stand for?

Who other than cricket tragics cares that Nathan Lyon is the greatest off-spinner the country has produced, or can even name most of the national side?

The death of Dean Jones after he suffered a heart attack in India has hit Australians hard not just because it was so sudden or because he was just 59.

For those who grew up watching Jones take on the mighty West Indian teams of the 1980s, or recall his Test heroics in Madras, it might feel like part of Australia has died. 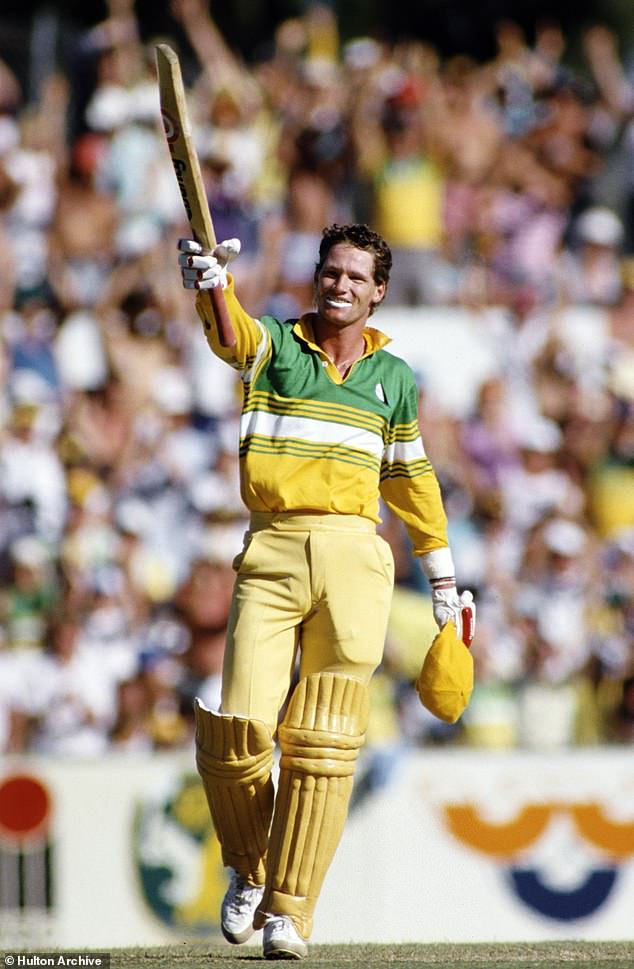 The death of Dean Jones after he suffered a heart attack in India has hit Australians hard not just because it was so sudden or because he was just 59. Jones is pictured celebrating a one-day century against Pakistan at the WACA in January 1987 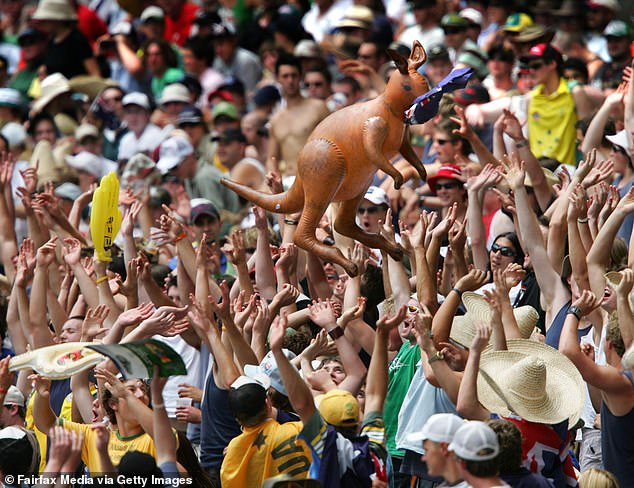 For those who grew up watching Jones take on the mighty West Indian teams of the 1980s it might feel like part of Australia has died. Cricket is not the crowd-puller it was once was. Stock image 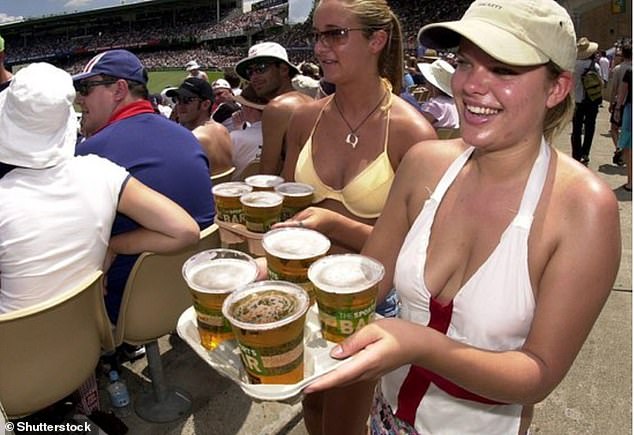 Jones’s career conjures memories of long days and nights sitting at home in front of the telly with family watching cricket, cheering along with mates at the pub and getting drunk at the ground when that was allowed. Stock image

Sports writer Titus O’Reily summed up how many cricket fans felt in a tweet shortly after news began spreading that Jones had collapsed on the floor of a hotel lobby in Mumbai.

‘I remember being so excited the day of a one dayer and if Deano went out early I’d be devastated all day,’ O’Reily wrote.

‘Cricket was such an exciting game then and he just made it compulsory viewing. This feels like those summers of youth are just that much further away now.’

All those memories of a simpler, more laid-back time when Australians looked up to someone having a go, giving hope to an often seemingly hopeless cause.

Long days and nights sitting at home in front of the telly with family, cheering along with mates at the pub, getting drunk at the ground when that was allowed.

Gum-chewing Jones brought a cavalier approach to the game, particularly its 50-over form, at a time when Australian cricket was yet to emerge from the doldrums.

In that shortened format, when cricket truly was still must-see entertainment, Jones captured the imagination of spectators – particularly kids, to whom he became a sporting idol. 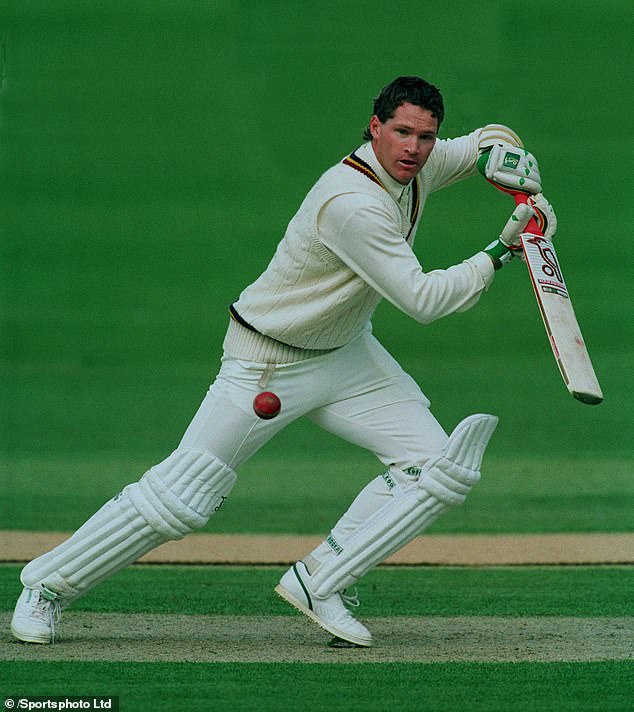 Jones was a maverick, a disruptor, an innovator. He was flamboyant, flashy and fearless – showman more than show pony.

He rubbed some fellow players, coaches and administrators – often more conservative types – up the wrong way and many fans loved him for it.

The Victorian believed in his talents and backed himself, calling out selection omissions for what he saw as down to interstate rivalries or some other bias.

In retirement Jones continued to follow his own path as a commentator and coach, speaking his mind and experimenting with left-field ideas.

The youthful arrogance of his derring-do had not always gone down well with more senior players, including some captains.

During the first final of the one-day series in January 1993 at the SCG, Jones had the temerity to ask fearsome West Indian paceman Curtly Ambrose to remove the white wristband on his bowling arm. 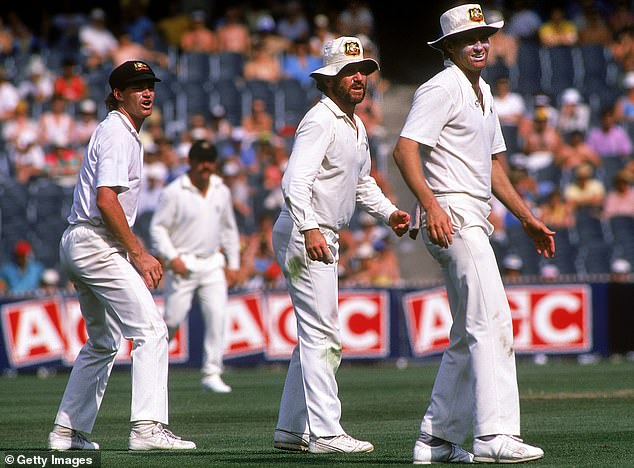 Jones is pictured far left in the slips cordon with Allan Border (centre) and Terry Alderman during the third Test against the West Indies at the MCG on Boxing Day, 1988

‘My poor judgment created quite a stir at the time,’ Jones later wrote. ‘Ambrose got so mad he took 5-32 and the Windies went on to smash us.

‘Two days later, in the second final at the MCG, Ambrose was still furious and bowled like the wind and took 3-26 to wrap up a series win.’

When the Test series resumed – without Jones – Ambrose took 6-74 and 4-46 in Adelaide and then 7-25 including a blistering spell of 7-1 in Perth to wrap up the series.

‘I think I got seven phone calls that night from different Australian players still seething about what I did at Sydney just a couple of weeks back,’ Jones wrote. ‘Talk about carrying a grudge!’

Jones had a strut and a confidence about the way he gathered his runs but no one was in any doubt about his genuine toughness.

Most Australian cricket fans did not actually see the 1986 innings in Madras (now Chennai) when Jones compiled 210 in sickening heat, vomiting on the field and losing eight kilos. 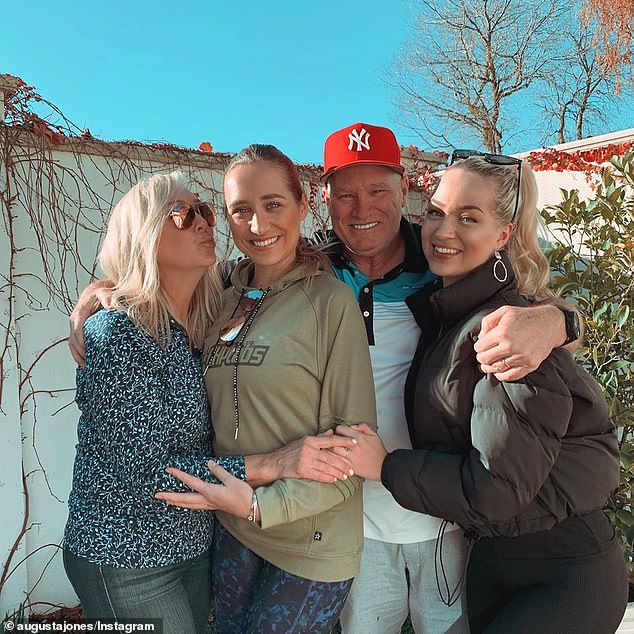 Australian cricket great Dean Jones died on Thursday. He leaves behind widwo Jane (left) and their two daughters, Isabella (right) and Phoebe (second from the left). Isabella is also known as Augusta

Captain Allan Border was at the other end of the pitch over those two days and told Jones if he could not take the conditions he would bring out a Queenslander.

When Border, a famously courageous cricketer and hard man who became one of Jones’s best mates, heard of his death on Thursday night he cried.

Jones had something of the rock star about him with less of the modern flightiness and immaturity.

It is hard to picture him being caught taking a diuretic, like colourful leg-spinner great Shane Warne, and telling the world he got the pills from his mum.

It is impossible to imagine Jones leaving a tour, as later captain Michael Clarke once did, to rush home to a model girlfriend and call off an engagement.

When faced with controversy – and there were several – Jones faced the consequences.

In 2010 when it was about to be revealed he had fathered a child to a flight attendant with whom he had engaged in a long affair, Jones confronted it head on.

At the time he had been married to wife Jane for 24 years, with daughters Phoebe, 19, and Isabella, 14. He had been Victoria’s Father of the Year in 2007.

‘Following an on-and-off relationship with a woman, a child was conceived and subsequently delivered,’ he said. 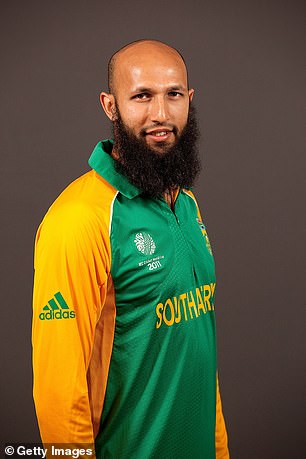 ‘I can also confirm I have supported the mother and child more generously than was agreed. At no stage have I not met my obligations.

‘My immediate aim is to seek the forgiveness and understanding of family. I am therefore asking that you respect our privacy.’

‘The terrorist gets another wicket,’ Jones said as Amla took a catch, in a comment which went live in South Africa.

In April this year Jones handed back his life members of Cricket Victoria and asked that his name be removed form the best one-day player’s award.

He had missed out on the head coaching roles of the Melbourne Stars and Melbourne Renegades to David Hussey and Michael Klinger, and called their appointments ‘jobs for the boys’.

Cricket Victoria performance boss Shaun Graf responded by describing Jones’s comments as ‘a good bit of self-promotion’, something cricket could probably do with now. 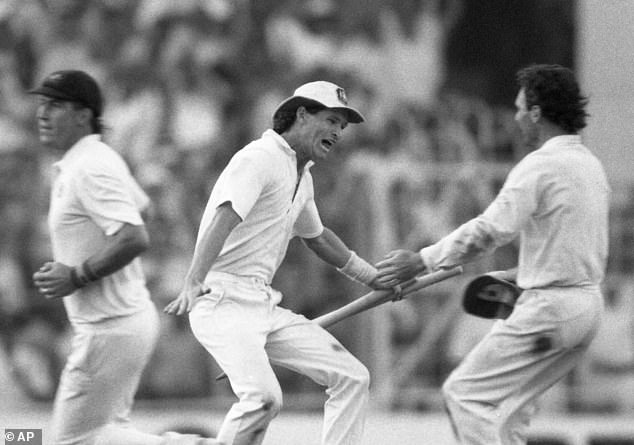