Tomi Jurlina and Dean Deakin started Workout Meals with just $1400 cooking out of a home kitchen in western Sydney.

Eight years on the business is worth an estimated $12 million and delivers to 3,000 locations across Australia.

The journey began in February 2012 when Mr Jurlina, then 30, noticed a gap in the market after his personal trainer gave him a diet plan that he found overwhelming to prepare.

‘I hate cooking. I am actually a really bad cook,’ he told Daily Mail Australia. 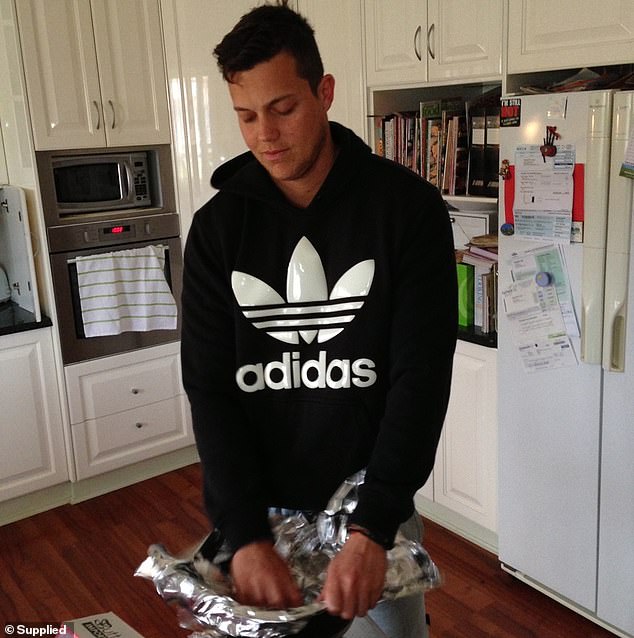 Tomi Jurlina and Dean Deakin started Workout Meals with just $1400.  Mr Deakin is pictured cooking in his kitchen in western Sydney when the business first kicked off in 2012 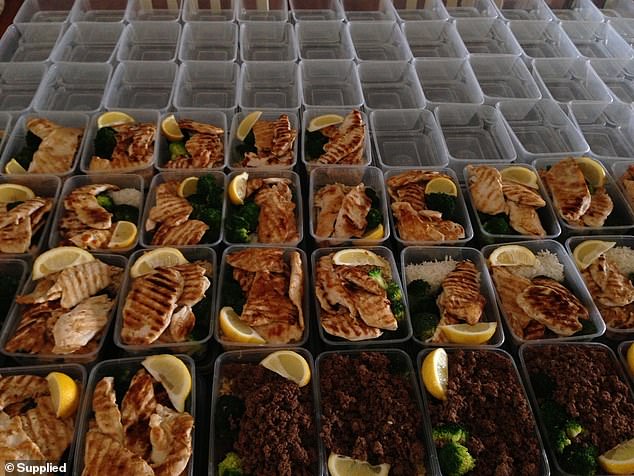 The pair spent their weekends preparing meals for two years before leaving their full-time jobs as the company took off. Pictured: The early days of their cooking operation

‘I spoke to Dean, who comes from a family of chefs, and ran the idea past him and we decided to launch a business.’

The pair, who both worked full-time at the same company, threw every spare minute into organising the healthy pre-made meals.

‘We would wake up early in the morning go to the shops, bring it back, then cook, pack, then chill them,’ Mr Jurlina, now 39, said.

‘It was full on. Friends would ask us to hang out and we would have to tell them “I can’t I have to go chop beans”.

‘There was a lot of sacrifice. If you have one weekend off it could all tilt over.’ 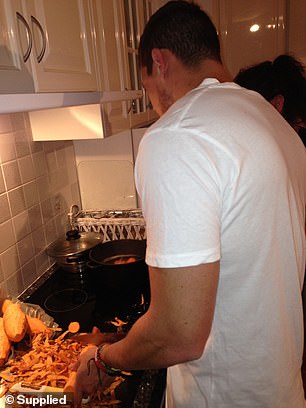 After consulting with nutritionists and organising the meals, they advertised on Facebook and with flyers – quickly garnering an initial base of seven customers.

But the momentum grew rapidly and within two years they left their full-time jobs – and Mr Deakin’s Edensor Park kitchen – to move into a commercial space.

‘We tried to move out of Dean’s place as fast as possible because he was going insane with boxes, labels, containers all over his house,’ Mr Jurlina said.

‘When we walked away from work we had customers in the high hundreds, then it started turning into thousands.’

At the time, the business was one of the first of its kind, with the co-founders learning how to establish their model through trial and error.

Working with rudimentary technology, they ran into some sticky situations.

They battled against black outs, logistic companies losing their stock, and developing a form of cold logistics, which did not exist at the time. 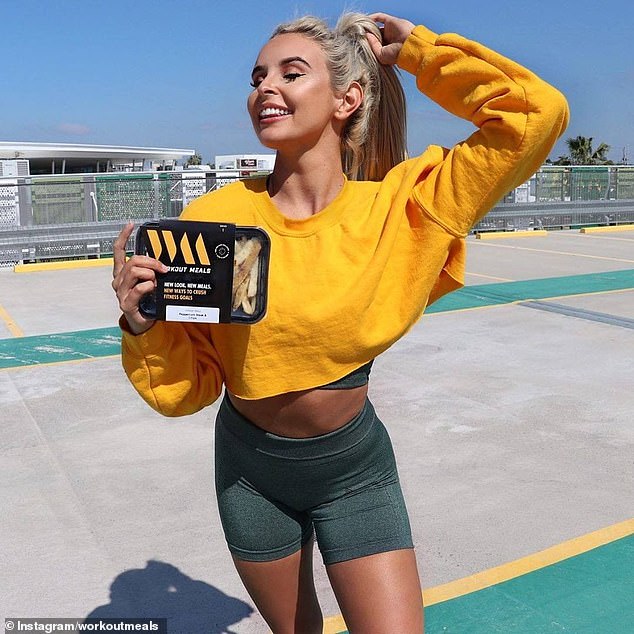 Workout Meals (meal pictured) is now worth $12million and delivers to 3,000 locations across Australia 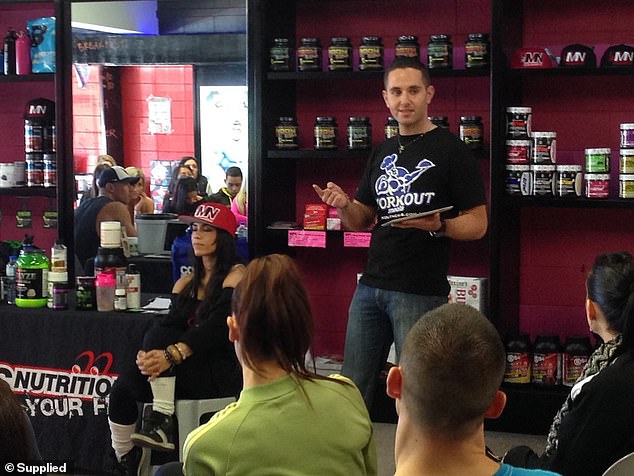 Once, when the power went out, they hired a truck with a generator and three others with cool rooms to prepare meals.

But the hard work paid off and in 2014 the young fathers, who both have two boys aged four and one, stepped out of the kitchen, leaving the job to their now 15 cooking staff.

As business boomed, Workout Meals expanded the outside of Sydney in 2015 and into other capital cities.

This year the company relocated into a new kitchen space in Lane Cove and bought an organic farm on the NSW Central Coast which provides most of their ingredients.

The co-founders attribute their success to a hard working team, refining processes, and expanding the company’s focus.

Although Workout Meals was originally geared towards gym enthusiasts, the business has since diversified to incorporate different dietary goals. 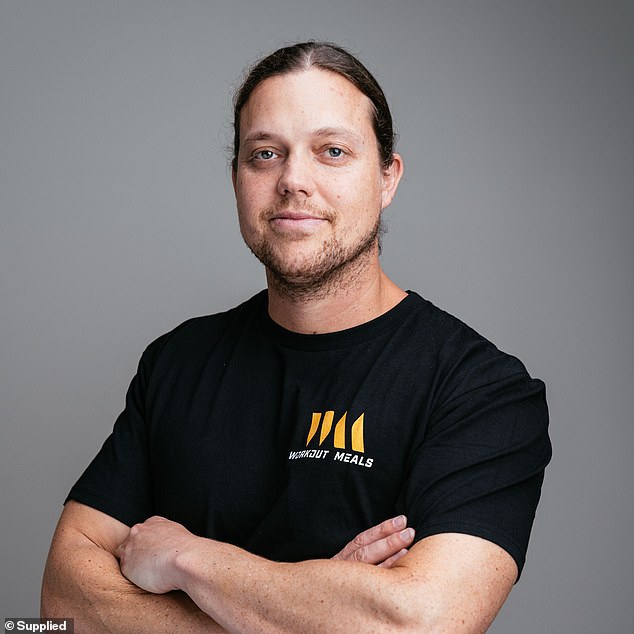 Mr Deakin (pictured) stepped out of the kitchen in 2014, but still overseas the cooking side of the business while Mr Jurlina manages the administrative and technology tasks 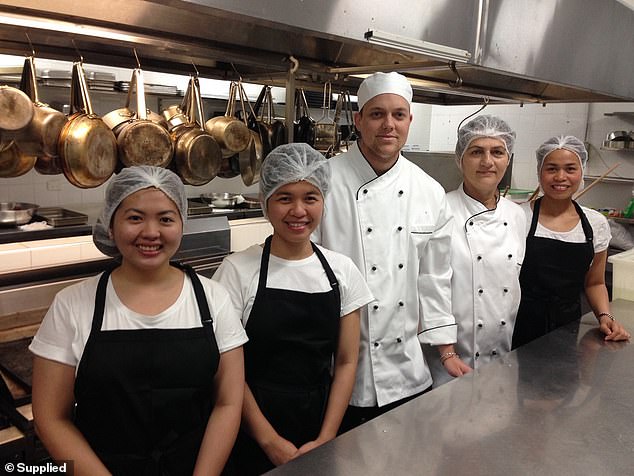 The business owners credit their success to their valuable team and expanding the company’s focus. Pictured: Mr Deakin with some members of Workout Meals’  kitchen staff 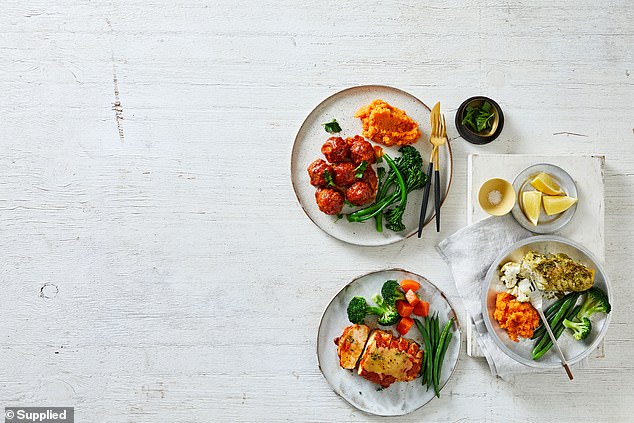 The menu now includes more than 50 meals, which target weight loss, muscle gain, a combination of both, and options for vegan and keto dietary requirements.

Mr Jurlina said, online orders doubled in March when lockdown happened and in the past week, they have seen orders triple with demand in Victoria strongest.

‘We started the business nearly a decade ago when there was little to no competition and niche demand, but it seems COVID has led to pre-prepared meals becoming part of the norm at the dinner table, said Mr Jurlina.

‘We’ve sold more than 100,000 meals since March, with the most popular dish being chicken parmigiana and any meal with cauliflower rice, as some trying to shift weight are mindful of carb intake,’ Mr Deakin, now 33, added.

‘The average cost of a pre-made meal is between $8 and $13 which is often more affordable than eating out costing upwards of $20 for a nutritious meal.’ 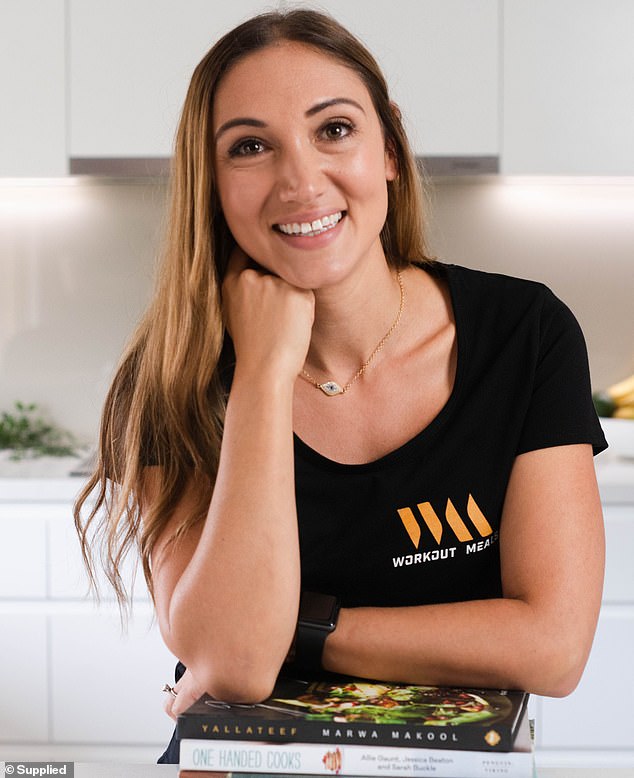 Workout Meals Nutritionist Gemma Daley said there has been a definite shift away from frozen foods to fresh pre-made meals with no artificial additives or preservatives as people become increasingly health conscious.

‘Meal preparation is key to staying on track with healthy eating, but not everyone has the time which is where ready made fresh nutritious meals come in handy.’

Sydney mother-of-two Julianna Bobanovic said ready-made meals have been a blessing in disguise as it has provided a money saving and healthier alternative for her family.

Over the past month, the 40-year-old has lost more than 5kg  as a result of Workout Meals.

‘I run a very busy swimwear business, I have two little boys and I have been renovating, so I haven’t had much time to cook,’ Ms Bobanovic said.

‘I was looking for something that was quick and healthy and now I am literally living off them. 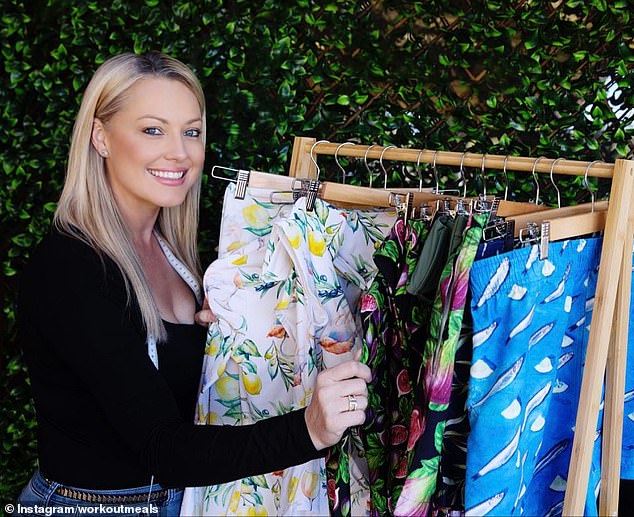