A Hummer driver has burst into a fit of rage after a man stayed in his car to make a phone call instead of leaving his parking space.

The Hummer can be seen waiting for the other car to leave before the driver becomes impatient and begins honking.

‘I’m making a phone call mate,’ the man in the dashcam car says, before the Hummer suddenly swerves over in front of him. 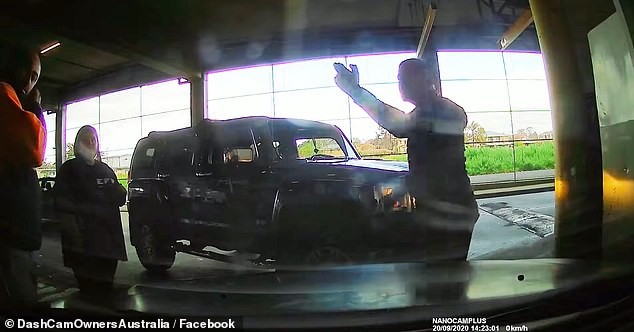 The Hummer driver jumps out of his vehicle and storms over to the man, pulling open his car door to berate him.

‘What the f**k! I asked you a question – are you going?’ the motorist yells.

The Hummer driver then accuses the man of making a rude gesture while he was on the phone.

‘What f**king crack are you on, why would you give me the bird?’ he says.

‘Because you were beeping, I’m just trying to make a phone call, just give me a minute mate,’ the man responds.

The Hummer driver calls the man a ‘rude f**k’ and appears to hit his door, prompting the car’s emergency recording system to kick in.

Onlookers then step in to diffuse the situation, escorting the man back to his Hummer before he drives away.

The dashcam driver can be heard yelling from his car ‘you’re all on camera’ as the Hummer pulls off, then continues to call his mate to vent about the incident.

The video quickly racked up more than 800 reactions within three hours, with many comments slamming the Hummer driver for having ‘anger issues’.

‘If he can get angry about that s**t imagine behind closed doors. That c**t is frightening!’ one person wrote. 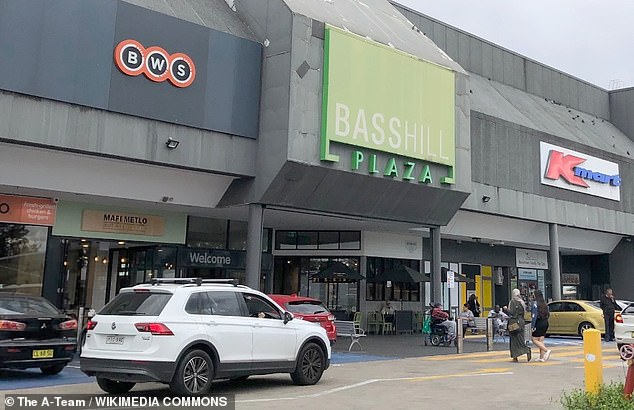 ‘Hummer driver has serious anger issues, I would so be reporting to the police, hopefully he has same anger issues when the police pay him a visit,’ another added.

But others were quick to point out that the dashcam owner’s behaviour was not ideal either.

‘Everyone is missing the bit about the dash camera driver giving the bird? It’s common to ask if someone is going or not. A yes or no would do, not flipping the bird,’ someone else’s comment read.

‘Love it how the dash camera driver was all polite when the guy was at his car but as soon as old mate gets back in Hummer, dash camera guy gets all mouthy again then big notes to his mate on the phone,’ another said.

‘The dash camera driver not as innocent as he makes out to be. The other guy was only beeping to get his attention to see if he was going, so DC driver sticks his finger up at him. You can’t give someone the bird and expect them not to get angry,’  a third wrote.