Jacinda Ardern has vowed to ban plastic cutlery, single-use coffee cups and fruit stickers if she wins the election.

Businesses will have five years to find substitutes to everyday plastic items, such as disposable cups and lids, straws and drink stirrers. 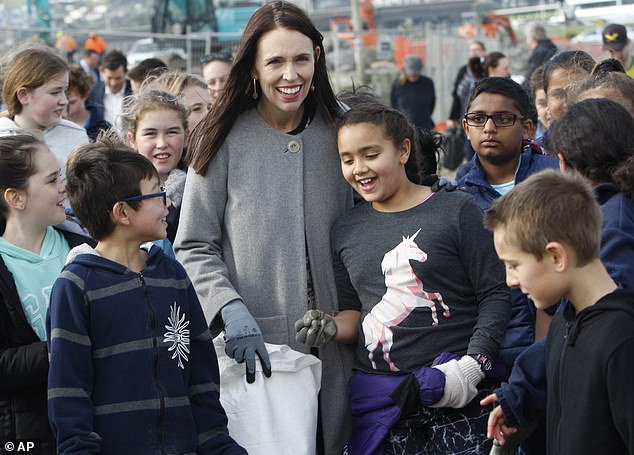 ‘By 2025 we will phase out single use and hard to recycle plastic items such as drink stirrers, cutlery, some cups and lids, produce bags, straws, cotton buds and stickers on produce,’ Ms Ardern said, according to Stuff.

‘All of these items currently have non-plastic alternatives, and some we will be able to phase out before 2025.’ 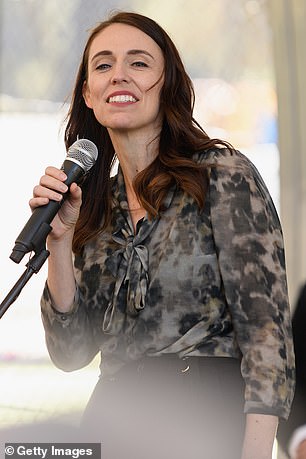 The Labour leader accelerated the policy after she received a series of letters from children who expressed concern over waste.

‘The letters really made a mark on me,’ she said

It is expected to be welcomed by businesses and generate employment opportunities for plastic alternative manufacturers.

About $3million was previously given to packaging company Pact to develop a range of recycled food packaging for deli foods, meats and bakery trays at its Auckland location.

While Labour previously announced an intention to ban single-use plastics, it did not include a time frame.

The announcement comes as the nation is plunged into a recession for the first time in a decade following the draconian lockdowns enforced to curb the spread of COVID-19.

New Zealand saw its economy shrink by a record 12.2 per cent in the June quarter.

The eye-watering figures, released in September by Statistics New Zealand, are significantly more severe than Australia’s record seven per cent plummet during the same period. 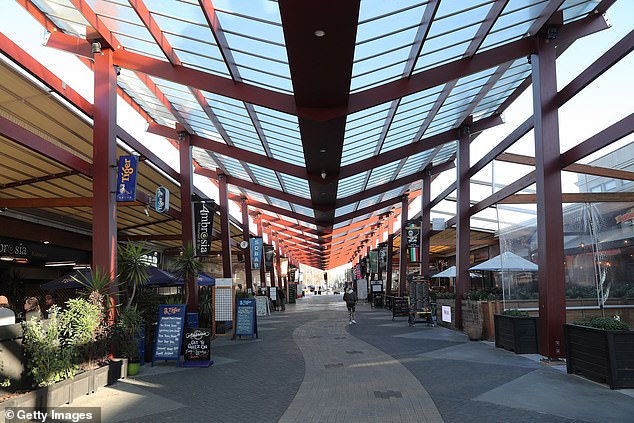 The popular ‘Eat Street’ in Rotorua, New Zealand is seen empty during the COVID-19 lockdown

The nation went into a strict lockdown on March 25 and emerged from it on June 8 as part of an elimination strategy.

Residents were ordered to stay home to prevent the deadly virus from spreading.

Figures showed construction activity was down 26 per cent, manufacturing fell by 13 per cent, and household spending was down by 12 per cent when compared with the previous quarter.

Stats NZ spokesman Paul Pascoe said the closure of New Zealand’s borders since March 19 had also had a huge effect of some sectors of the economy.

‘Industries like retail, accommodation and restaurants, and transport saw significant declines in production because they were most directly affected by the international travel ban and strict nationwide lockdown,’ he said.

‘Other industries, like food and beverage manufacturing, were essential services and fell much less.’

Finance Minister Grant Robertson said the lockdown was necessary to save thousands of lives and get on top of the virus so the economy could bounce back faster. 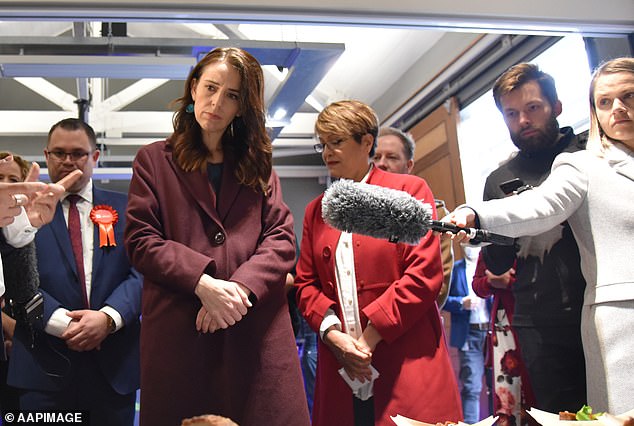 New Zealand saw its economy shrink by a record 12.2 per cent in the June quarter