Biden, who served in the Senate for decades and overlapped with McCain while each carved out an interest in foreign policy, revealed the endorsement on a virtual campaign fundraising call.

The former vice president tipped off the news during his own fundraiser. 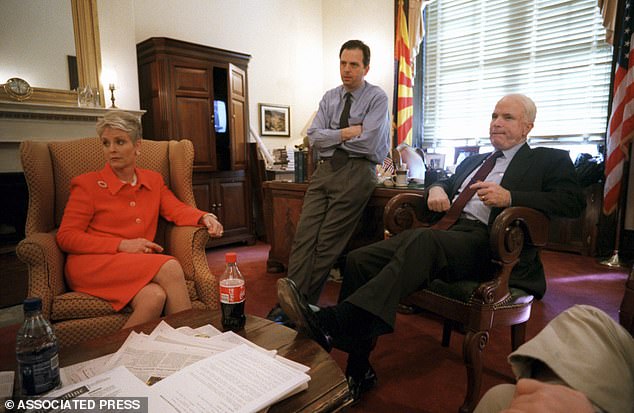 ‘Maybe I shouldn’t say it but I’m about to go on one of these Zooms with John McCain’s wife, who is first time ever is endorsing me because of what he talks about with my son and John’s who are heroes, who served their country, you know he said they’re losers, they’re suckers,’ Biden said.

McCain was to do her own call for Biden later. 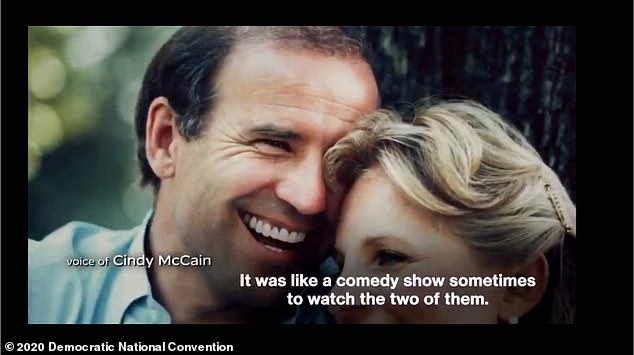 Cindy McCain vouched for Biden during the Democratic convention

The 2008 Republican Party presidential nominee also cut a video for Biden at his mostly virtual convention last month. She spoke about how Biden met McCain back when he was assigned to be a military aide on a congressional trip overseas. The two became friends and the families would picnic together.

‘They would just sit and joke. It was like a comedy show, sometimes, to watch the two of them,” she said.

Back in April – before Trump’s reported comments – she said Biden was a ‘wonderful man and a dear friend of the McCain family.”

“However,” she added that  “I have no intention of getting involved in presidential politics.”

The Atlantic reported last month, quoting sources with knowledge of the situation, that Trump had called fallen troops ‘losers’ and ‘suckers.’

One instance related to Trump’s scrubbed trip to the Aisne-Marne cemetery in France. The White House denied it.

John McCain, the son of a Navy admiral, touted service throughout his life. Trump mocked him in the 2016, saying ‘I like people who weren’t captured.’