Killer canine disease on the Queen’s estate: Three dogs are struck down with rare seasonal illness after owner stayed at Sandringham camp site

By Dan Sales For Mailonline

Three dogs have been struck down with a killer bug feared to have been caught at a campsite at the Queen’s estate of Sandringham.

They all have suspected Seasonal Canine Illness – a rare bug with no known cause caught by dogs while walking in woodlands.

Maggie, of Bedford, Beds, was staying at the Camping and Caravanning Club Site at Sandringham, Norfolk, as the dogs fell ill.

The 58-year-old said: ‘I’m not blaming the royal family in any way.’ 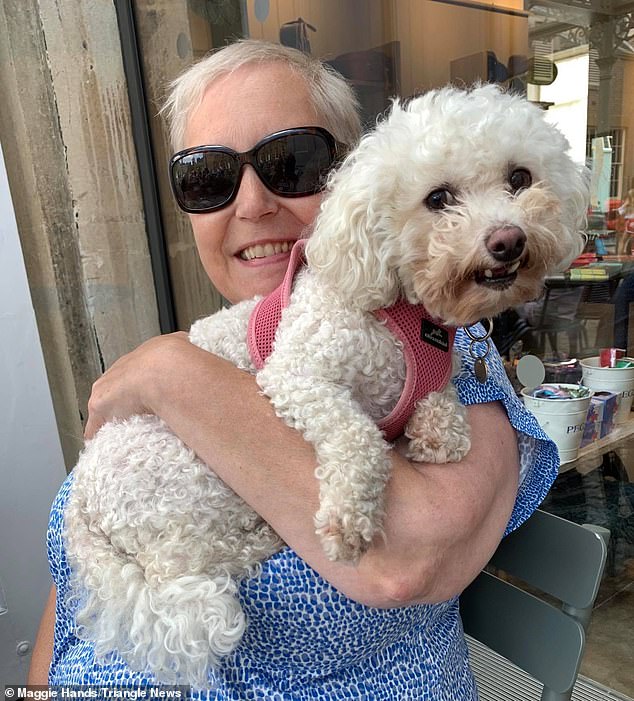 Maggie Hands, 58, with her Bichon Frise Minnie, five, who is seriously ill with the disease 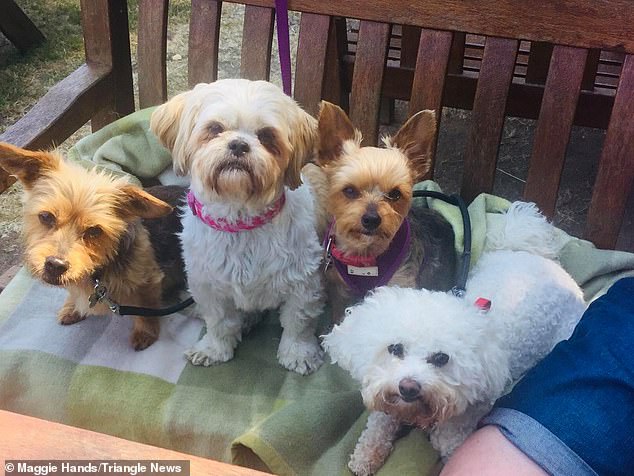 Three of Maggie’s dogs have been struck down out of her pets here, Lucy, Kiki, Jess and Minnie

‘Two are home though still poorly, the third is still at the vets.

‘I don’t understand how as a dog owner of many years I hadn’t even heard of it. Where is the publicity to warn other dog owners that this is happening.

‘One of my dogs may very well still die.’

‘Minnie is the best out of the three, she’s managed to eat. Jessie is still very lethargic and poorly. Kiki is still very unwell and we’re not sure if she’s going to make it.’

The SCI disease was first identified at Sandringham estate and other woodland areas in 2009.

It affects dogs of all ages between August and November and kicks in 24 to 72 hours after exposure.

There were reportedly 15 cases of the illness on the estate in one month in 2015. 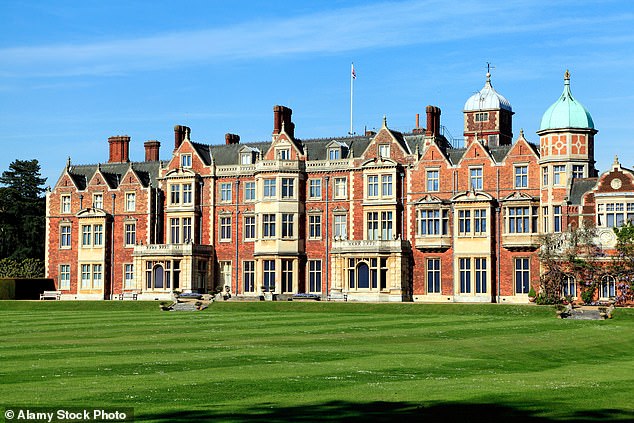 Sandringham House, Norfolk, country retreat of the Queen has a large estate attached

Seasonal Canine Illness: what are the signs and is there any available cure?

The key symptoms of SCI are vomiting, diarrhoea and tiredness within 72 hours of being in a woodland area.

Its cause is unknown and there is no cure if a dog gets it.

Some experts have linked to allergic reactions caused by mushrooms, algae or agricultural chemicals to infections from harvest mites.

PDSA Vet Olivia Anderson-Nathan has said of the condition: ‘It’s more common in certain areas of England, including East Anglia, the Midlands and Nottinghamshire.’

The Queen – a known dog lover – has stayed at Sandringham during the coronavirus pandemic as well as spending Christmas there and has two dorgis – a dachshund-corgi cross.

A Sandringham Estate spokesman said: ‘Sandringham Estate takes care to inform visitors of the signs and symptoms of seasonal canine illness and recommends caution when walking dogs in dense woodland areas during autumn.

‘In guidance, this is the first case of seasonal canine illness we’ve been aware of on the Estate since Autumn 2018.’

But a notice on its website warns about the potential dangers of SCI infection in dogs.

It states: ‘Please be aware that August and September are the months where in the past cases of Seasonal Canine Illness have been seen at Sandringham.

‘CSI is a rare illness which has dramatically declined in numbers since 2010.

‘No-one understands the cause of SCI and there is no cure.

‘The key symptoms of SCI are vomiting, diarrhoea and tiredness within 72 hours of being in a woodland area.

‘However, this rare condition is not the only reason why these symptoms may be seen; there are lots of other common causes for these symptoms.

‘If you suspect your dog has SCI, please contact your vet as soon as possible.’

The cause of CSI is unknown, though it has been linked to allergic reactions caused by mushrooms, algae or agricultural chemicals to infections from harvest mites.

Maggie is unable to claim insurance for two of the three hounds because they’re rescue dogs, and is raising money to cover their vet bills.