A seven-year-old boy has been dubbed a real-life Spider-Man after he was filmed channeling his favourite Marvel superhero and climbing up a 10ft high wall.

Footage captured in India shows Yasharth Singh using his arms and legs to effortlessly scale the high wall at his family home without the aid of a harness or safety gear.

The primary school pupil confidently takes his hands off the wall and joins them together before slowly making his way back to the ground and repeating the action. 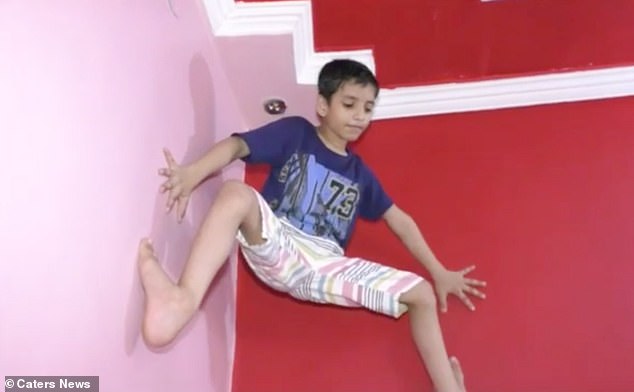 Seven-year-old schoolboy Yasharth Singh, from India, uses his arms and legs to scale the 10ft wall at his family home 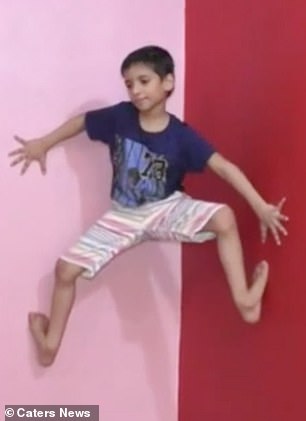 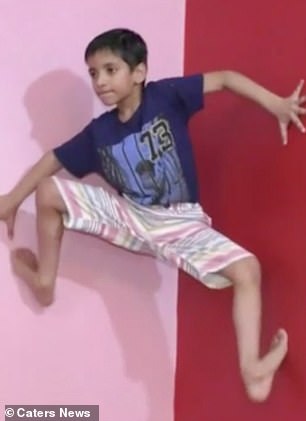 The young boy, who been dubbed a real-life Spider-Man, climbs to the top of the wall without a harness or safety gear

During the clip, Yasharth places his hands and barefeet against the wall and slowly pulls his body up the wall.

The young boy holds his position and joins his hands in a namaste gesture as he reaches the top of the 10ft wall before carefully climbing back down.

He later said: ‘I once watched a Spider-Man movie and I really wanted to be able to climb walls just like him.

‘I started trying but the first time I did, I fell down. I kept practising and eventually one day I could climb. I called my brother who called my parents.

‘Everyone was shocked but they asked me to not climb again otherwise I could fall and get hurt but I convinced them that I can climb.’ 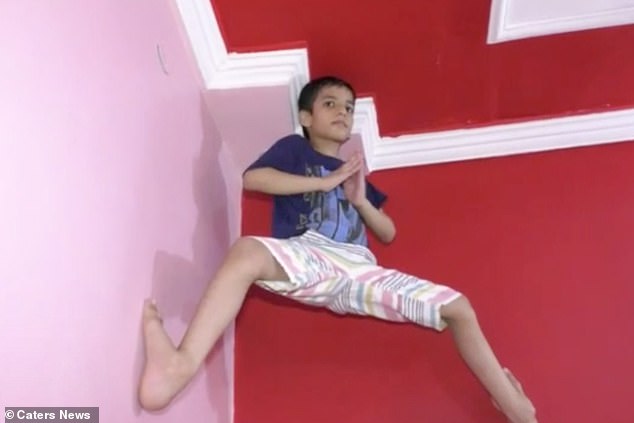 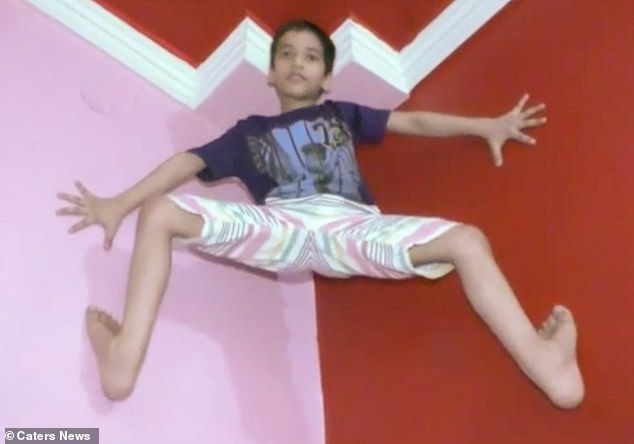 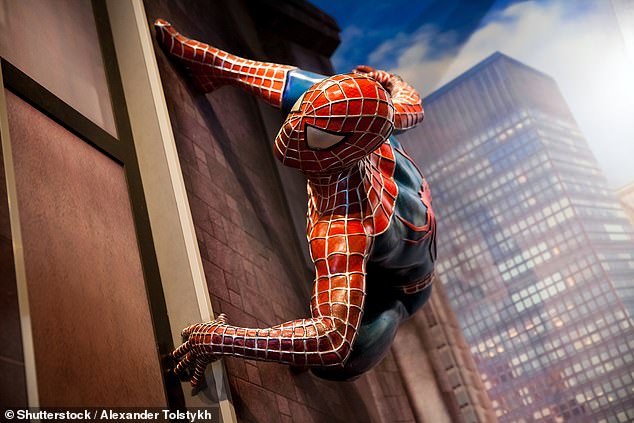 Yastharth, who does not wear any safety gear while scaling the high walls, said he is not scared of the height and climbs down carefully to avoid getting hurt.

He added: ‘I look forward and not downwards. And if I ever feel like falling, I take the plunge carefully so to not hurt myself.’

The little boy’s skills now see locals in the neighbourhood visit his family home in order to see him scaling up the wall and while his parents fear a mishap, they are equally enthralled by the sudden recognition their child has been receiving.

Mother Garima Singh said: ‘One day he was climbing the wall and he called us. Since then he has been practising and now, he’s up and down the walls all the time.’