A masked man has been charged with attempted murder after a 15-year-old girl was allegedly hit by an arrow inside an Aldi supermarket near Brisbane.

Queensland Police claimed the 25-year-old man opened fire in the Aldi at Booval in Ipswich at about 4.30pm on Tuesday before heroic shoppers tackled him to the ground.

The Bundamba man, wearing a black hoodie and mask, allegedly fired the bow at a female jogger and moving vehicle before entering the supermarket and hitting the teenager. 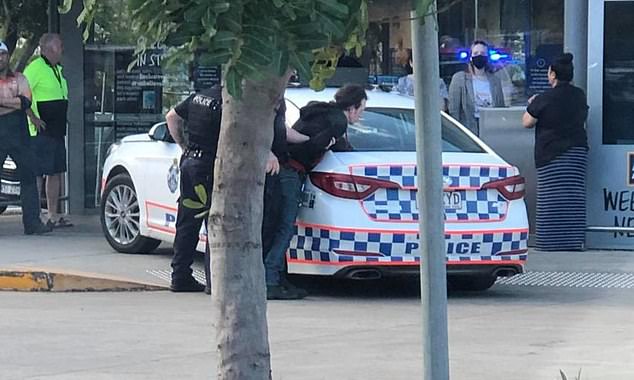 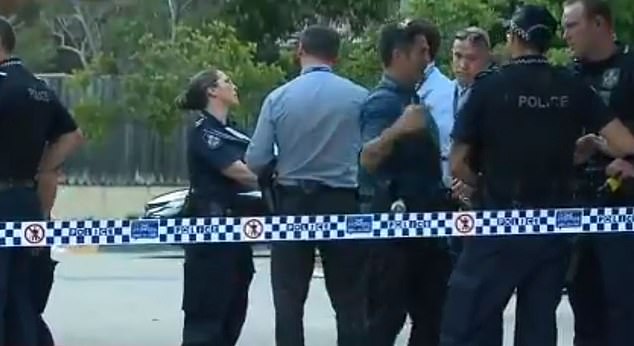 He was first seen on Tuesday afternoon walking from Booval Railway Station along South Station Road holding a compound bow.

He allegedly shot an arrow at a woman who was jogging but missed as he headed towards Aldi.

The man is then accused of shooting the arrow at a passing car before going into the supermarket where he shot a third arrow and hit the girl.

It is believed a mobile phone may have saved her life as the arrow went through her finger and hit the device before piercing her stomach.

He was restrained by members of the public until police arrived.

The teenager was taken to the Children’s Hospital to be treated for non-life threatening with wounds to her hand and stomach.

The man has been charged with attempted murder, torture and going armed so as to cause fear.

He will appear in the Ipswich Magistrates Court on Wednesday.

Police fronted media on Tuesday evening to give details of the incident. 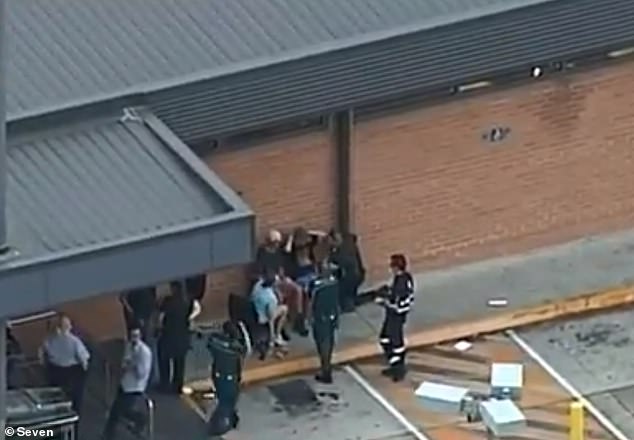 Queensland Police claimed the 25-year-old man opened fire in the Aldi at Booval in Ipswich at about 4.30pm on Tuesday before shoppers took him down

‘A witness has identified that male person discharge that bow, an arrow, at a female jogger who was passing by.’

Witness Michelle Woods said she thought the alleged attacker was about to fire the crossbow at her as she drove past. 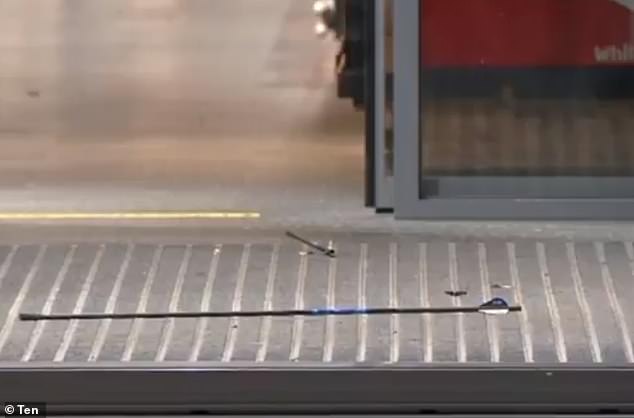 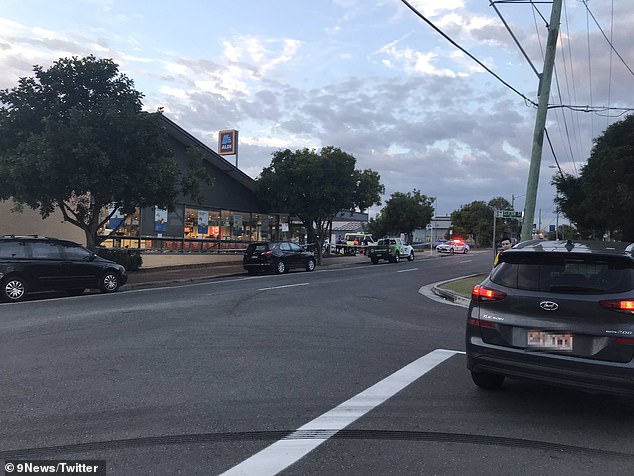 Queensland Police said the man opened fire in the Aldi at Booval in Ipswich at about 4.45pm on Tuesday before shoppers took him down

‘He had eyeballed us in the car – gave us this weird look – and sort of half lifted it up and we thought he was going to start shooting at the car,’ she told the Brisbane Times.

Onlookers took to Facebook warning people to stay away from the supermarket, with one saying the alleged attacker was wearing a mask.

‘PLEASE BE AWARE! YOUNG MAN JUST SPOTTED WITH LOADED CROSSBOW NEAR ALDI (HAS WEIRD FACE MASK ON),’ one person said.

Another said: ‘My partner just went to aldi and was told don’t go in there’s a man shooting bow and arrows. (Someone ran up to the car and told her before she got out).’